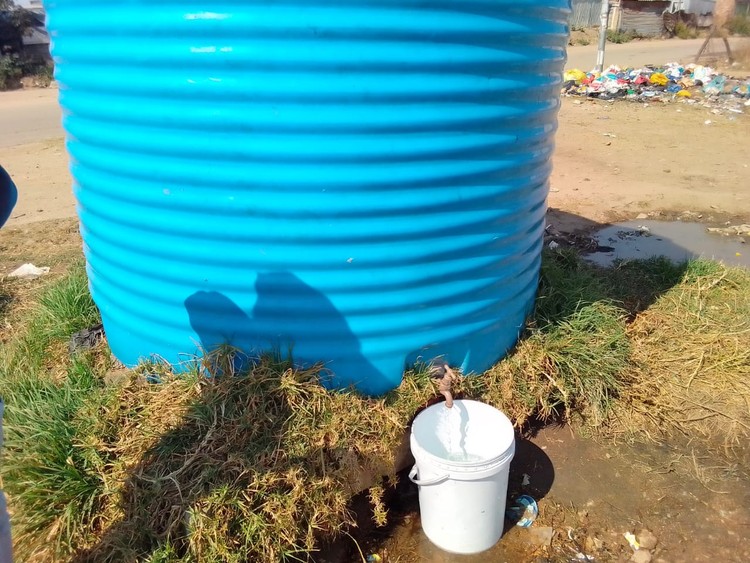 Residents of Choba informal settlement in Olievenhoutbosch, Centurion, want the City of Tshwane to give them more water tanks, among other services. Photos: Ezekiel Kekana

The Choba informal settlement in Olievenhoutbosch, Centurion, settled by people hoping to benefit from the surrounding housing project, has grown and is home to about 500 people.

Before the Covid pandemic, residents shared one tap. They received three water tanks in late 2020 under the State of Disaster regulations, but residents now say this is not enough for the whole community.

In August, GroundUp reported on the community’s protest, where residents demanded that the City of Tshwane give them better services and housing.

When GroundUp visited the area we found piles of rubbish near one of the tanks with stagnant smelly water around it. Some residents use the water and space around the tanks to do their laundry. When there is water in the tanks, residents say, they stand in long lines.

Choba has about 15 communal mobile toilets, but these are locked by households who live near the toilets and clean them. The roads around Choba are riddled with potholes. 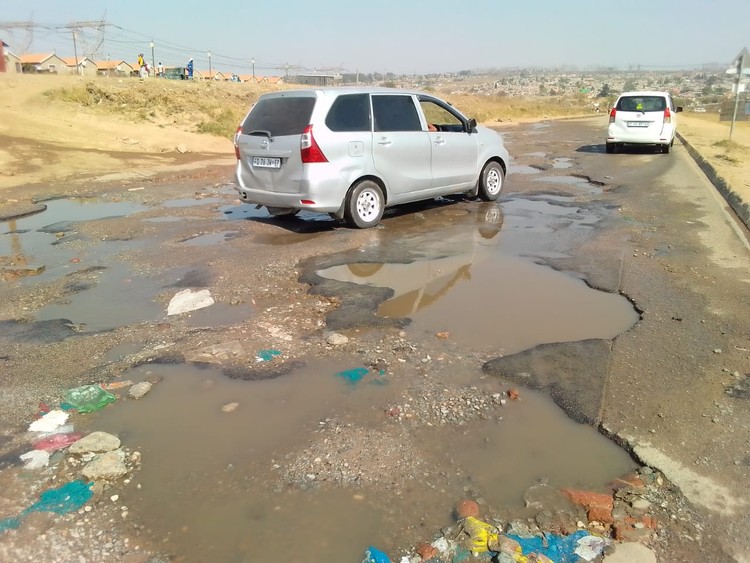 The main road to Choba informal settlement has many potholes, making access by taxis and emergency vehicles difficult.

Elizabeth Kona has lived in Choba since the 1990s. She said she has been waiting for her RDP house for decades. Kona said three water tanks are not enough for the community. She said people walk up to 300 metres to a tank.

According to the City, Choba is already benefiting from its current services budget. The City’s head of Human Settlements, Sello Chipu, said about R2-million would be spent on the provision of toilets and tanks in the 2022-3 financial year.

He said the number of toilets was in line with what the City could afford. “We have reached the cap in terms of the expenditure,” Choba said.

He said the City would investigate the poor condition of the main road in Choba.

Next:  Lack of fuel brings Tshwane buses to a stop