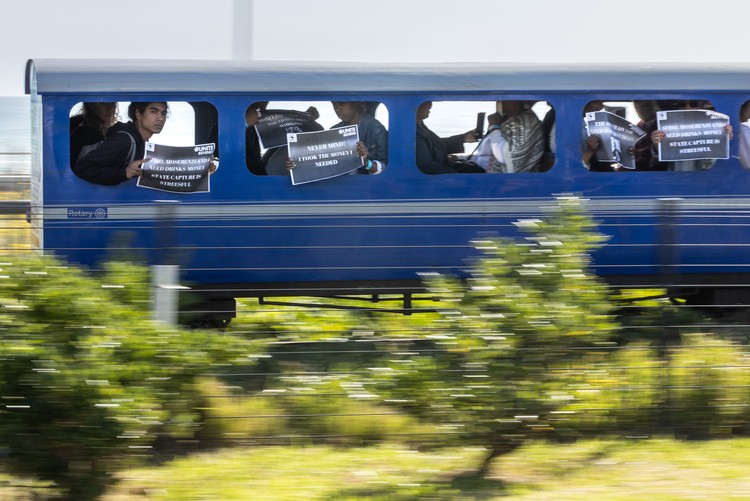 The Mini Blue Train in Mouille Point, Cape Town, has been entertaining children and adults since 19 December 1956. Photos: Ashraf Hendricks

As Metrorail’s service in Cape Town has deteriorated, one train has consistently run on time and safely for over 60 years: the Mini Blue Train in Mouille Point. On Tuesday, about 30 protesters from activist groups #UniteBehind held a protest at this train to highlight the breakdown of commuter rail.

To date, there have been no major reports of corruption, theft or arson at the Mini Blue Train. At R35, the five-minute train ride is a little expensive — perhaps because there’s no government subsidy — and the circular track leaves you where you started, but that’s still a better deal than most Metrorail commuters’ experience. Also, the train fits perfectly onto the tracks.

Zuki Vuka of #UniteBehind told the protesters: “The only train that is working is the one behind you.”

She said that although it might not be as affordable, it is “functional”.

Protesters wore masks of different politicians, including Fikile Mbalula and Dikeledi Magadzi. #UniteBehind is calling on these Members of Parliament to be removed. 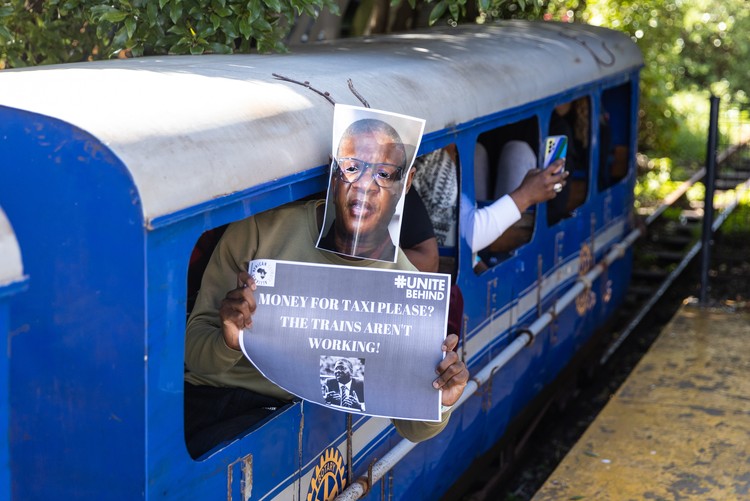 Gabriel Klaasen of the African Climate Alliance explained that climate justice is linked to transportation. “Public transport plays a massive role in protecting our climate,” said Klaasen. He said that with the trains down many people are turning to cars and e-hailing services with worse effects on the environment.

Wearing a Mbalula mask, activist Zackie Achmat signed a giant certificate of achievement. It stated: This certificate is presented to The Blue Train Park. The Only Working Train in South Africa. 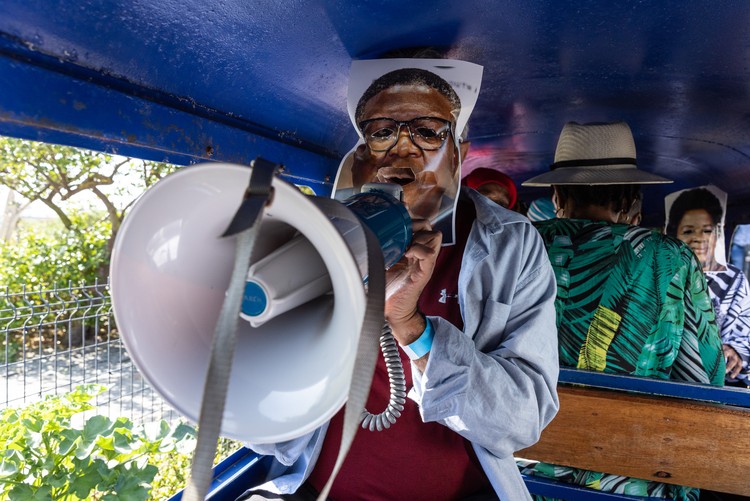 Zackie Achmat, wearing a photo of Fikile Mbalula on his face, addresses the protesters. Behind the fun was a serious message about the collapse of commuter rail across South Africa.

This article has been amended to say that the event took place on Tuesday, not Wednesday