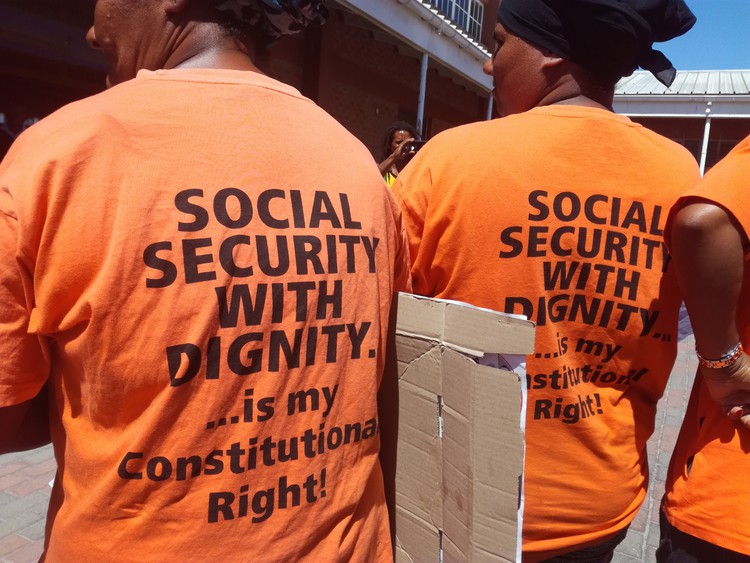 A mother of three from Delft, Cape Town, says she blushed with embarrassment when she had to leave the groceries her family desperately needed at the till because her South African Social Security Agency (SASSA) card was declined.

Xoliswa Mxabo says she had made several unsuccessful attempts at ATMs to withdraw the Child Support Grants for two of her children, aged ten and four. She then decided to go to Pick ‘n Pay and buy groceries. But her card was declined.

“I had to put my groceries back. It’s embarrassing,” she said.

She had borrowed money to travel from Delft to Mowbray on Monday to first drop-off her CV at several companies before attempting to draw her grant money.

Mxabo is among millions of beneficiaries who use Postbank/SASSA gold cards and who have not been able to withdraw their social grants from ATMs for December.

According to Postbank, this glitch has also resulted in some recipients, like Mxabo, not being able to access their grants at all.

In a joint statement, SASSA and Postbank said that in recent months “Postbank has been experiencing a number of technical glitches” with the withdrawal of grants.

Postbank said it had to suspend SASSA grants withdrawals from ATMs by beneficiaries using the Postbank-issued SASSA gold card.

Last week, GroundUp reported that Postbank will spend R400-million over the next three years to upgrade and modernise its IT systems. This followed a loss of more than R18-million over a three-month period to cybercrime attacks. Most incidents involved the accounts of social grant beneficiaries.

On Wednesday, GroundUp visited the SASSA branch in Mitchells Plain where many beneficiaries were waiting in line, mostly to find out why they could not access their funds.

Delft resident Nosiphiwo Mzayifani said she borrowed money to take a taxi to the SASSA office in Mitchells Plain. Mzayifani has been trying since Monday to withdraw the R2,400 she gets for her five children (aged 5 to 17 years) without success.

Her SASSA card was declined at the Shoprite in Delft. “I left my groceries there and took my children home.,” she said.

She returned an hour later to try again. She checked her balance, and the account was empty. “The children don’t understand what is happening when you leave the shop with no food,’” she said.

Mitchells Plain resident Letasha Carolissen said after she was unable to withdraw her son’s grant on Monday, she went to SASSA in Mitchells Plain on Tuesday but was told to go to the Post Office in Rocklands. “We sat there the whole day. They only helped us after load-shedding ended at 2:30pm. They said if we don’t receive our money by Friday, we will have to fill in an investigation form.”

“I planned on buying food and essentials for my child as I do every month. I don’t know what I’m going to do,” Carolissen said.

“We continue to assist with withdrawals as cash becomes available. We apologise to grant recipients for the current delayed process. Grant recipients can also conveniently switch their SASSA grant to Shoprite’s Money Market Account free of charge, which will improve the customer experience.”

SASSA spokesperson Paseka Letsatsi said social grants have all been paid into beneficiary bank accounts, including those held at the Postbank, but there was “a challenge” with the SASSA card at ATMs.

“SASSA and Postbank sincerely apologise to clients who have been affected by this,” Letsatsi said. Beneficiaries are advised to withdraw their social grants at retail outlets that include Shoprite, Checkers, Usave, Pick ‘n Pay and Boxer.

When asked why some beneficiaries still could not access their money from retail stores, Postbank spokesperson Bongani Diako said they are aware of the issue.

“We have isolated these cases and our team is effecting reversals of these funds,” said Diako. He said they will announce when all the reversals have been made.

Previous:  Man dies during eight-hour wait for an ambulance