Only one ambulance for hundreds of villages in Matatiele 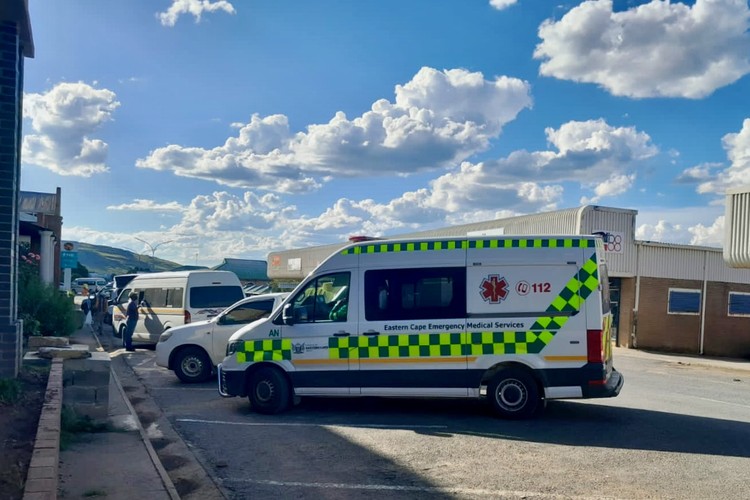 There is only one ambulance for nearly 300 villages in Matatiele. Photo: Nombulelo Damba-Hendrik

In Matatiele Municipality in the Eastern Cape, people can wait all day for a state ambulance if one comes at all. The 4,350km2 area has nearly 300 villagers but only one dedicated ambulance. Many roads to villages are also gravel and it can take over an hour to travel a distance of just 60kms.

According to villagers in Dititjerent, 67km outside Matatiele town, Motjheko Msisilane, 52, died on Sunday “crying of pain” after waiting eight hours for an ambulance. The ambulance was called about 11am and only arrived at 7pm.

His cousin, David Mpu, said his family had found Msisilane lying on the ground.

“He was in so much pain,” said Mpu. “We waited and waited for hours hoping the ambulance will arrive, but it did not.”

“I sat with him until he died,” he said.

“I kept on calling asking why the ambulance was taking so long. I was told that there was only one ambulance working that day; two ambulances went to Mthatha,” said Potwana.

But even residents living close to Matatiele town say they have to resort to private ambulances to get to Tayler Bequest Hospital at a cost of R300, even though it is only three kilometres away.

Further from town, people pay R900 to R1,000 for transport to the hospital.

Residents in Area C of Matatiele town told GroundUp they can’t get a state ambulance when they call. Sisanda Mandla said, “Last week my nanny was sick. She is pregnant. Her high blood pressure was giving her problems. I contacted the ambulance centre about 8pm. The person who responded told me that there’s only one ambulance and it was not available. I ended up calling a private ambulance. I was charged R300. Most people use the private ambulance because the government one is always unavailable.”

Two paramedics told us there are three ambulances: one takes patients between Mthatha and Matatiele every morning; one is on standby waiting for emergency cases; and just one is available for the nearly 300 villagers in the municipality. It is often out of service being repaired.

According to the Eastern Cape Health Department spokesperson Yonela Dekeda, the Alfred Nzo District has a population of 480,000 and 63 ambulances.

That is far from the goal of 10,000 people per ambulance. But Dekeda would not say how many of these ambulances serve Matatiele villagers. The 2011 census put Matatiele’s population at 204,000.

Dekeda said the department will investigate the villagers’ complaints.

Next:  “I had to put my groceries back” says Delft mother after her SASSA card was declined

Previous:  The Fish River runs through Cradock, but the town faces a water crisis