Researchers have identified the underlying causes 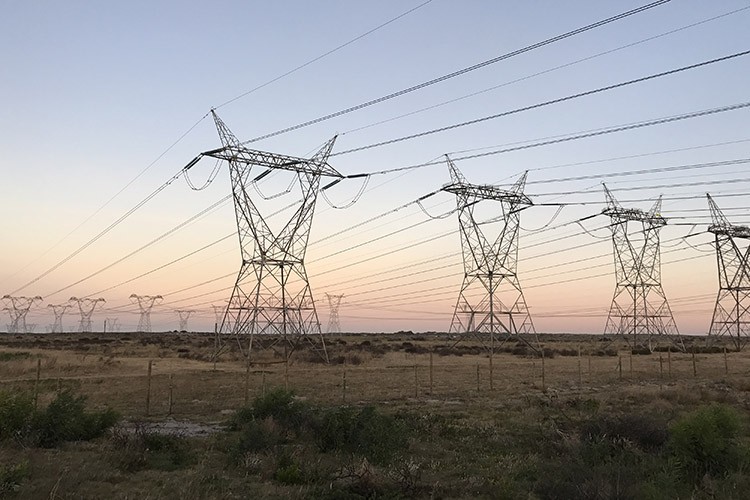 On 8 December it was reported that Eskom’s coal fleet was operating with just 40% of its installed capacity available. Archive photo: Brent Meersman

This combination of extreme pressure and temperature places severe stress on these tubes and over time, they corrode and fail, sometimes accelerated by the presence of corrosive chemicals in the hot furnace gases. This corrosion inevitably results in a rupture and requiring that the whole unit be shut down for maintenance. These occasional failures are a normal part of a power station’s operation, and are factored into power generation planning. When they happen more often than expected, however, they result in under-delivery of power and, in South Africa’s case, load-shedding.

Eskom has stated that boiler-tube failures are the leading cause of unavailability of power generation or, in simpler terms, they are the main culprits for load-shedding. The rate at which these failures occur has been rising. Eskom set themselves a target of one tube failure per year per unit but, as of 2021, were averaging 2.3 failures a year. One can only assume that this number has been rising since then, with 2022 by far our worst year of load-shedding ever.

On 8 December it was reported that Eskom’s coal fleet was operating with just 40% of its installed capacity available, woefully short of its stated target, a more normal 75% availability. Part of the problem lies in maintenance. Eskom has reported that funding delays, among other issues, often force it to delay planned maintenance on units, heightening the risk of failure, particularly unexpected failure. Perhaps more alarming, when maintenance is carried out, it doesn’t always meet standards and the units fail anyway.

Researchers at Wits, however, have identified underlying causes that are more fundamental to the coal fleet’s chronic boiler-tube failures.

Professor Josias Van Der Merwe, the Head of School at the Wits School of Chemical and Metallurgical Engineering, and K.G. Moloko, a postgraduate researcher in that school, have conducted a range of chemical analyses on boiler tubes from Eskom power stations to determine the mechanisms and causes behind their corrosion.

They found that the main culprit is sulphidation, a chemical process that degrades steel through the formation of brittle compounds of iron and sulphur. Two chemical conditions must be in place for this to occur – the presence of sulphur, and a low concentration of oxygen, which allows the sulphur to react with iron rather than being oxidised.

The Wits analyses indicate that these conditions are both present in the Eskom boilers that they examined, creating chemical pre-conditions that lead to heightened rates of corrosion and frequent failures.

There is no doubt that Eskom is beset by a multitude of crises ranging from shortages in funding and personnel, along with an aging fleet that has been overworked to keep the lights on, and even sabotage and threats of violence.

Nevertheless, as long as the chemical pre-conditions for high failure rates are present, energy availability will remain low even if these issues were resolved and, perhaps more concerning, availability could deteriorate further still as more units fail.

Eliminating or mitigating the chemical pre-conditions for high failure rates, therefore is a crucial first step that must be taken for Eskom to start working its way back toward a functioning coal fleet. Unfortunately, it is more easily said than done.

The first root cause of these chemical conditions is high sulphur content in the coal fed to the burners. Coal reserves vary considerably in their sulphur content and, generally speaking, lower sulphur content coal comes with a higher price-tag, because the presence of sulphur is problematic for most coal uses.

Sulphur also results in emissions that are damaging to the environment and to human health.

As with most mining activities, the most appealing reserves tend to be mined first and therefore, the standards of remaining reserves decline over time. This trend is one factor in the declining performance of Eskom’s coal fleet, but several scientific articles have found that South Africa’s coal reserves are generally low in sulphur and so, in principle, they should be able to avoid sulphur-driven corrosion if motivated to do so.

The issue, then, is not what coal South Africa has, but what coal Eskom chooses to buy and use. This has long been a politicised matter and Eskom has a proven history of purchasing sub-standard coal, having spent hundreds of millions purchasing coal containing 2% sulphur from the Gupta-owned Tegeta mining, well above the specified limit of 1.3%.

Investigators also found evidence that coal inspection processes had been interfered with, with samples from one mine allegedly swapped out to obscure their sulphur content.

Other aspects of coal quality have come to light previously, with reports that some of the coal supplied to Eskom is even mixed with sand and rocks as a means of increasing the weight of what is sold. The fact that such obviously sub-standard product manages to make it into Eskom’s boilers reveals shocking deficiencies in inspection and quality control, leaving South Africa entirely at the mercy of unscrupulous coal producers.

The second chemical pre-condition identified by the Wits researchers, low oxygen levels inside the boiler tubes, is itself a complex operational issue.

I asked Professor Van Der Merwe whether feeding higher ratios of air to coal could reduce the rate at which this type of corrosion occurs and he indicated that while it may help, it would result in increased emissions of NOx compounds which have extremely high global warming potential (many times that of CO2), as well as a range of detrimental health effects. The main reason that boilers are operated in conditions of restricted oxygen is to prevent the formation of these compounds, which form when oxygen and nitrogen (the main constituents of air) react together at high temperatures.

That may be a trade-off that South Africa simply has to accept as a stopgap to slow the fleet’s deterioration, while Eskom hopefully finds a way to switch to coal of an adequate standard – a task which should be treated as a key national priority.

Previous:  “I had to put my groceries back” says Delft mother after her SASSA card was declined