The Bekezela settlement building is owned by PRASA 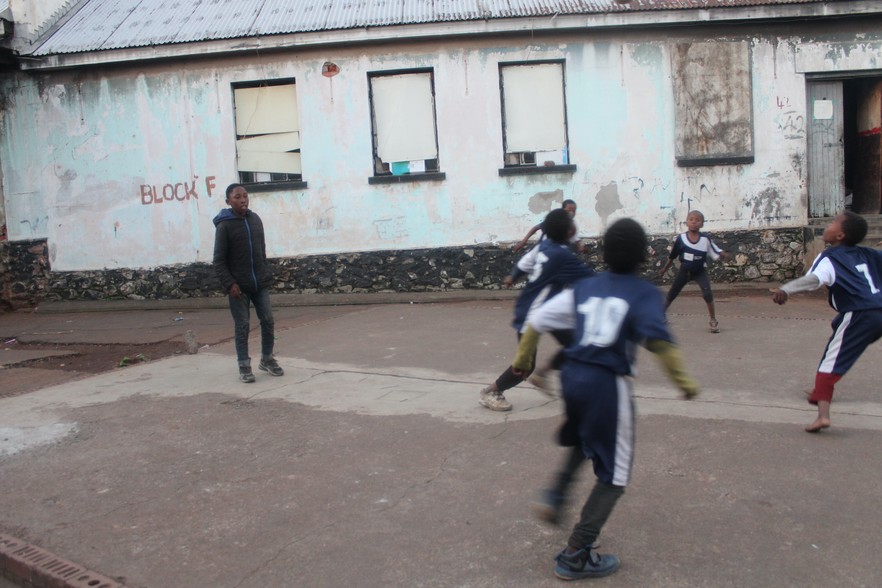 Members of the Bekezela Football Team practise near their home. Photo: Kimberly Mutandiro

A group of 11 boys aged ten years and younger are playing soccer, barefoot or wearing torn old shoes, on a bit of land under a bridge in Newtown Johannesburg. This is the Bekezela Football Team and one of their most precious gifts is an outsize soccer kit which their coach believes even the smallest boys will grow into. But their home in a dilapidated old railway college may now be under threat, as the Passenger Rail Agency of South Africa (PRASA) tries to find ways to get its buildings back.

The boys are from some of the hundreds of families occupying the old PRASA College at the corner of Car and Miriam Makeba Streets. According to community leader Nhlanhla Joseph Khumalo, who is also the soccer coach, there are 700 families in all.

Besides keeping young children off the streets through the Bekezela Football Club, the residents run a crèche, counselling for women who have survived domestic abuse, a waste picking project, and soup kitchen when donations come in. They have established a vegetable garden. Most are unemployed and struggle to feed their families. The whole community shares seven toilets and they have no electricity. Up to four families share rooms divided with curtains in the old Railway College while others live in shacks built around the settlement. 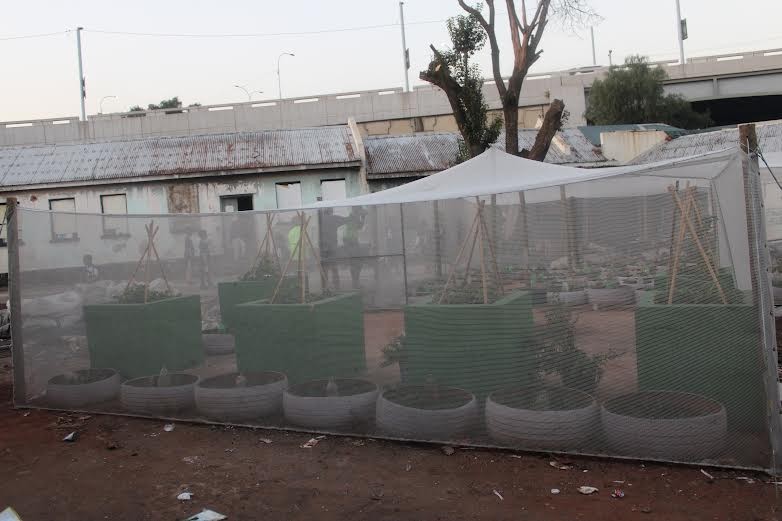 Families in the settlement have established a vegetable garden.

Since 2012 there have been various attempts to evict them.

According to PRASA spokesperson Andiswa Makhanda, following a court order in 2015, the City of Johannesburg is to provide alternative housing for the families, something PRASA felt should have been done within two years. “PRASA is currently in discussion with the City to provide alternative accommodation to the unlawful occupants as per court directive,” Makhanda told GroundUp in response to questions.

Makhanda said that the discussions with the City are not only for Bekezela but other PRASA properties that have been unlawfully occupied.

But residents say they will fight to keep the only home they have known for years.

Khumalo is one of the oldest members of the community who has stayed there since 1998. He has done everything from selling on the streets and being a taxi rank marshall just to earn a living to survive in inner-city Johannesburg and was recently appointed as a ward committee member.

“Having a home at the settlement is the only form of dignity many of us have known. Losing our homes would add to the population of Johannesburg’s homeless and might compromise any hope for the future of children in our community,” Khumalo says. His hope is for the old college to be renovated into residential units for all with electricity, proper sanitation and title deeds given to the community.

“Should PRASA want to move us we should be provided with proper homes for all. We also want to be compensated. But as this might be more costly they should just give us the place,” Khumalo says. 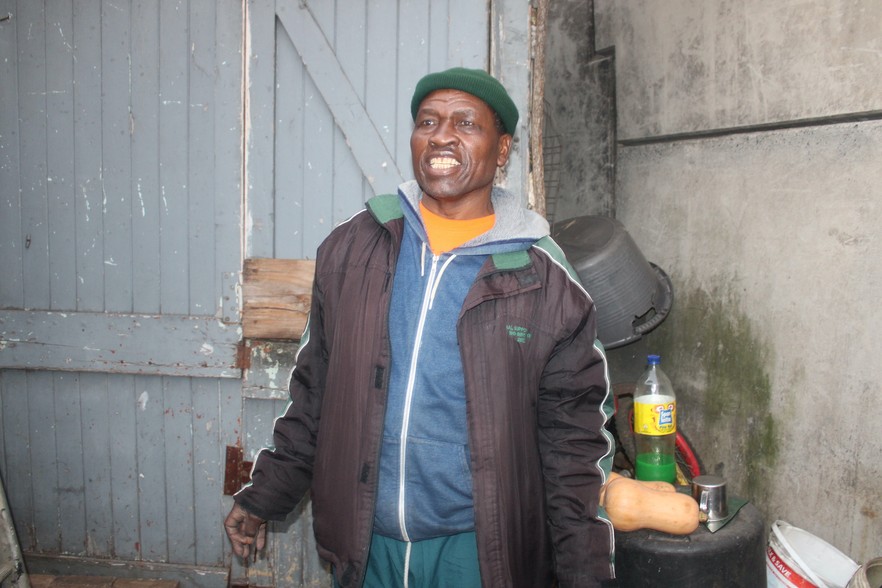 Community leader and soccer coach Nhlanhla Joseph Khumalo hopes that the building could be renovated into residential units.

Lucia Moshoadiba, Khumalo’s partner, moved to the settlement in 2010 after she and others lost their homes in a shack fire at nearby Bekezela Informal settlement. She works with various organisations involved with women and teenage girls, teaching sewing and helping with food, and runs a crèche for more than 20 children.

“Moving people from here will jeopardise lives. We have vulnerable women who need support because they end up succumbing to drug and alcohol abuse due to the difficult lives people lead here in Joburg. PRASA should think twice before moving us,” Moshoadiba said.

“The government cannot just move us because our families depend on the piecemeal jobs we do in the city to survive,” says Albert Mphaki who lives in a small shack he built in the settlement ten years ago. He earns money from occasional driving jobs. “The best plan is for renovations to be done so we can live more comfortably.”

Makhanda said the college had been ‘hijacked’.

“PRASA is the property owner of the building referred to as the Bekezela College, which forms part of the Braamfontein station precinct. When the building was hijacked, it had been leased out to Bekezela Training College. That tenant moved out when the lease expired. PRASA was marketing the place for a new tenant, when it was unlawfully occupied,” Makhanda said.

“The rail business will never reach a stage where it is self-sufficient if land invasions like this continue unabated,” she said.

Losses to PRASA ran into “millions”, she said. Rates and taxes had to be paid as well as water, and PRASA was paying for electricity “due to illegal connections from the railway line running parallel to the property, posing risk to the safe operations of the trains”.

Attorney Nkosinathi Sithole from SERI, which is representing the residents, said no information on alternative accommodation had been communicated.

“An eviction without the provision of such alternative accommodation would be unlawful … We’ll be ready to defend our clients should there be any trace of unlawfulness or indignity,” he said.

Next:  Kariega by-election: “I voted without taking a bath. I was stinking!”

Previous:  Video: Making fun books for children in their mother-tongue