We need a different approach to land rights 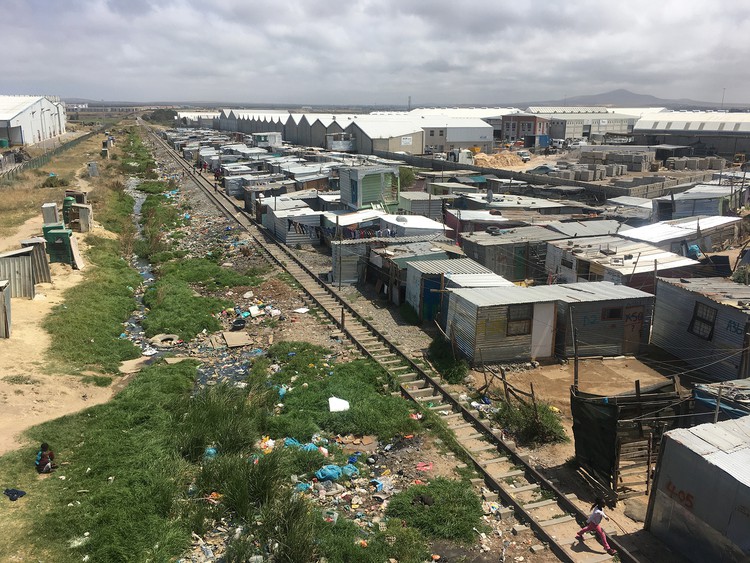 We have invited several people to write on how to solve the housing crisis. Today we publish the second article in this series, by Adi Kumar, executive director at Ndifuna Ukwazi.

The government’s shift from a focus on housing to a rapid land release programme is risky and out of touch with reality. Instead, we need to scrap the mythical “waiting lists” for houses and implement city-wide approaches to land rights.

The shift in government policy from housing to serviced sites is extremely risky, without proper public discussion, participation and debate.

There is no evidence that this rapid land release programme will change the spatial allocation of land. The serviced sites will continue to be located on the periphery of the city, on cheap land, reinforcing an urban pattern where the poor and working-class travel for hours and spend significant income on transport.

Secondly, the shift assumes that the skills for building homes exist in communities. But over the last decade and a half, the culture of self-build has been systematically eroded. There are few housing support centres left, there is virtually no finance for intermediaries that have been instrumental in delivering people’s housing, and the preference has been to use large turnkey contractors, rather than small builders and artisans.

Yet self-build implies that families best understand their needs, capability and financial limitations. And as a result, they will use the limited resources and capabilities in the most appropriate ways, to meet their needs. In many instances, this means using local small-scale contractors and builders, rather than large scale construction companies, ploughing income back into the economy.

Finally, and importantly, the shift is completely disjointed from the economic reality of the country. An average South African spends close to 75% of their income to service debt. Transferring the cost of building a home to families compounds this debt and exposes them to loan sharks and high-interest loans, deepening the household debt crisis.

In our view, a dramatically new approach is needed. Without addressing the drivers of homelessness and landlessness, band-aid solutions such as rapid land release will not lead to new outcomes. In fact, they are likely to create a new set of vulnerabilities. Any solution to the demand for housing must disrupt spatial apartheid in urban areas - where poor and working-class families are relegated to the periphery and well-located areas become enclaves for the rich.

Government needs to find a new approach that dispels this mythical “waiting list”. Citizens have been on a waiting list for over 20 years, and it is unreasonable to expect people to wait for another 30 odd years (in Cape Town the waiting list needs 70 years to be eradicated).

A new approach to land rights

Instead, we need to reinforce a city-wide approach towards land rights for all families in need. There are credible examples where progressive policies on tenure security have spawned city-wide housing rights for people living in informal settlements, backyards and other areas. For instance, India and Brazil have dramatically used the laws of prescription (where secure forms of tenure are offered if the land remains unencumbered after a certain number of years) to formalise and regularise mass informal settlements and occupations. This has been supplemented by an incremental approach to self-build.

At the heart of securing tenure for households is addressing the failures of government to fulfil its obligations, and accelerating delivery through citizen action. This could be done by the right to build (a concept that has been presented by a set of Cape Town based organisations), that moves beyond self-build to a basket of development rights for informal settlements, backyards and occupations.

Finally, a portion of homes in large private developments must be affordable. This could rupture and disrupt a housing market, where the average selling price of a unit is R1,51 million. Only 16% of Cape Town’s population can afford this! The delay in making this happen, in presenting an inclusionary housing policy, is a political decision, and has to be challenged.

Besides urgently implementing an inclusionary housing policy, cities, in coordination with the national department of housing, should be exploring other mechanisms such as rental housing vouchers, and rent control.

Creating homes is a way to rebuild our segregated society. It is fundamentally about feeling secure, trusted and feeling heard. If the state doesn’t respond, the citizens will force a new reality, one where the state is missing, and people are in control. Many such examples exist, but the government chooses to ignore them.

More about Views on housing series

Next:  Police accused of extorting money from immigrants during raids in Johannesburg