Association of Independent Publishers says this is “predatory behaviour” 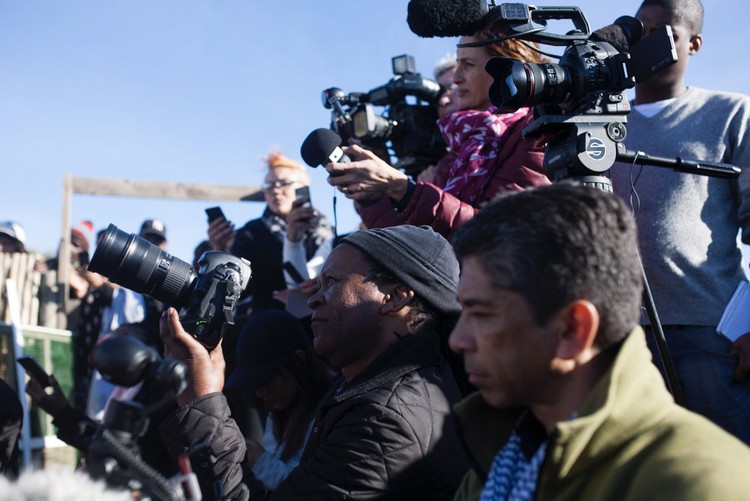 Several small South African media publications are complaining about “bullying” and “trolling” from a copyright compliance company acting on behalf of big media houses such as Reuters and Agence France-Presse, and demanding large fees for copyright breaches.

Quan Dambuza, editor at Pondoland Times, received an email from PicRights asking him to pay R15,261 for using images that belonged to Agence France-Presse.

We have published a response to this article by PicRights.

He immediately removed the pictures from the website and responded to PicRights, asking for a discount. R15,261 is 50% of Pondoland Times’ monthly budget.

Eventually, PicRights agreed to a fee of R1,500, which Dambuza paid. Pondoland Times has one full-time employee and six part-time employees who earn stipends of R1,500 a month. They publish 5,000 copies a week.

An editor of another small community publication, who preferred not to be named, was asked by PicRights to pay R22,220 for using images belonging to Reuters. But the images were sourced from the South African government’s news website. On the website, it says that “media are welcome to utilise all stories, pictures and other material on this site as well as from our Facebook and Twitter accounts, at no cost”.

The editor refused to pay and claimed ignorance and lack of money. He didn’t hear from PicRights again.

The editor of Muslim Views, Farid Sayed, was asked to pay R4,500 for using two Reuters images in his monthly newspaper. One of the images was from an advert submitted by a client. PicRights offered a discount of 15% after Sayed said he did not have the money to pay.

Muslim Views has no full-time reporters and a monthly editorial budget of R9,000, to pay for images and freelance reporters.

Mpumalanga Press was also sent an email by PicRights, asking them to pay for using an image that was used under the Creative Commons attribution.

GroundUp itself was asked by PicRights to pay for two images: a head-shot photo of Helen Zille, taken from the DA website, which we used as Fair Use but apparently belonging to Reuters; another taken by one of our own photographers and several emails had to be exchanged to prove this. PicRights wanted R5,300. We refused to pay.

Kate Skinner, executive director of the Association of Independent Publishers (AIP), says that this is predatory behaviour. “No one is saying that copyright is not important but generally these photos have been used in error and thus leniency is required,” she told GroundUp.

“Small independent publications are playing a critical information role in townships, small towns and rural areas. But they are not robust. Many are struggling to survive,” she said.

Skinner also says that the AIP will engage with members on how to access copyright-free photos. She has asked her members to refer PicRights to the AIP in the future.

Neither Agence France-Press nor Reuters responded to GroundUp’s questions. We called the number on PicRights’s website, but no one answered. No email address was listed on its website.

Next:  No school fees? Then no matric dance!

Thanks for exposing this scam

Once again GroundUp has exposed another illicit moneymaking scheme, this time one targeting the independent media.

We at the Institute for African Alternatives (IFAA) were also hit. Earlier this year, the same organisation demanded an excessive amount for our use of photos in our journal, New Agenda, that they claimed were owned by Reuters. These appeared to us to be generic pics that we obtained from open sources, and their links to Reuter could not be definitively established.

We challenged them and they quickly backed down.

We see now that this was clearly an attempt to undermine the alternative, independent media, which is already struggling with shortages of funds, resources, and market support.

How unfortunate that an unscrupulous company can try to take advantage of our sector, especially when we are already facing huge challenges in pursuing our mandate of informing our readers by exposing assaults on our democracy and speaking truth to power.

And how stupid. Surely they know we don't have the funds to pay these fines; if we had the budget to procure photos from the established agencies we would do so.

IFAA's failed efforts to appeal to these large, established agencies to support us by making available their pics at affordable rates clearly demonstrate that they are concerned with their profits above the principle of an outspoken, effective and independent media.

If they paid attention to the alternative media they would know that powerful agents like themselves try to bully us all the time, and fail. Shame on them.