No school fees? Then no matric dance!

Some schools are trying to stop learners going to the dance because their parents haven’t paid school fees. This is illegal 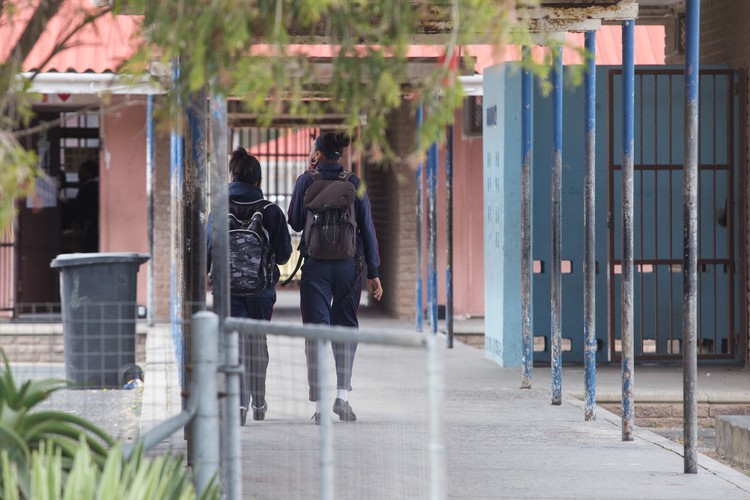 It’s that time of the year and many learners are spending sleepless nights dreaming about the upcoming matric dance. The music, the clothes, the laughter, the food and drinks, the dancing, the one student who will surely make a fool of themselves: this moment marks the end of more than ten years of education. But some learners won’t be able to go, because their parents haven’t paid school fees.

The South African Schools Act defines a school activity as “any official educational, cultural, recreational or social activity of the school within or outside of the school premises”.

Section 41(7) of the Act stipulates that learners may not be deprived of their right to participate in the programme of a public school because of non-payment of school fees by a parent.

The Schools Act also asserts that a learner may not be victimised in any manner, including suspension from classes; verbal and non-verbal abuse; denial of access to cultural, sporting, or social activities of the school; or denial of a school report or transfer certificate, due to non-payment of school fees.

The matric dance is part of a school’s activities and by law learners should not be excluded from participating on the basis of non-payment of school fees.

But despite the provisions of the law, the Equal Education Law Centre (EELC) walk-in clinic has been told that many schools are threatening to prevent learners attending their matric dance as a stratagem to compel parents to pay school fees. On some occasions schools even withhold results from learners whose parents have not yet paid their school fees. As a result some cannot apply to university due to lack of report cards. Some learners are even prevented from writing exams if their school fees are pending.

It seems schools assume, incorrectly, that learners must pay school fees before they can participate in recreational and social activities hosted by the school. This is a clear misapplication of the law. A child’s right to participate in school activities is not dependent on whether fees have been paid or not.

It is true that schools need fees to provide quality education to their learners. The drafters of the Schools Act were not oblivious to this reality. It was, therefore, necessary to provide schools with recourse where parents fail to pay school fees.

Section 41(1) of the Schools Act provides schools with an enforcement mechanism to recover school fees: “a public school may by process of law enforce the payment of school fees by parents who are liable to pay in terms of section 40”. But the school must first determine whether a parent who has not paid fees would be eligible for a fee exemption based on the family’s means.

The Schools Act provides a mechanism for ensuring that schools receive fees, but it does not allow that children be prevented from participating in school activities or from writing exams or from getting their report cards as a way of compelling parents to pay.

This is also true for independent schools whose relationship with parents is largely governed by contracts. It is common for learners to be excluded in private schools where parents have failed to fulfil their contractual obligations to pay school fees.

The Constitutional Court, in AB and Another v Pridwin Preparatory School and Others, has opposed this stringent application of contracts and ruled that independent schools have an obligation not to block the enjoyment of rights.

Schools should be mindful that learners cannot be punished or deprived from participating in school activities due to their parents not paying school fees. This infringes the rights of learner, particularly the right to dignity. In the case of Centre for Child Law, the School Governing Body of Phakamisa High School & 37 Children v the Minister of Basic Education & 4 Others, the court stated that “children have their own dignity and are individuals with distinctive personalities not dependent on or assessed in the light of their parents”.

The court also said: “When children are not allowed to participate meaningfully in the societies of which they are a part, they are denuded of their self-esteem and self-worth”.

Schools should uphold the dignity of learners by following the procedures prescribed in legislation when recovering school fees, rather than depriving learners of the opportunity to attend their matric dance.

Tasreeq Ferreira is a legal intern and Anathi Canham is a candidate attorney, both at the Equal Education Law Centre.

I agree with school. No school fees, no matric farewell.
1. Who funds the farewell? The school.
2. You've got money to pay for and extravagant dress/suit and ride there and back and after party.
3. Do the maths - how do you fund a party with no income from schoolfunds - how can you afford the clothing for farewell which far exceeds debt outstanding?