Sex workers are angry with the Gender Commission. Here’s why

They believe some members are using their positions to impose personal moral views on issues like sex work and abortion.

Activists at Sex Workers Advocacy Taskforce (SWEAT), Sisonke and the Asijiki Coalition are accusing members of the Commission on Gender Equality of using their positions to impose their personal moral views on issues like abortion and decriminalising sex work.

“The Commission on Gender Equality has always been very supportive of decriminalisation [of sex work] after a lot of research and consultation. Now they have developed a committee that excludes sex workers who would be affected by their decision,” said SWEAT director Emily Craven.

Craven was among about 60 sex workers and supporters on Thursday who marched through Cape Town’s city centre to the Commission’s provincial offices.

This follows a meeting on 15 June between the Commission and representatives of SWEAT, Sisonke, Sonke Gender Justice and the Asijiki Coalition. According to Asijiki, the Commision informed them that a committee would be “considering further issues that had come to light” which affect the Commission’s position regarding the decriminalisation of sex work among other issues.

“We can only conclude that the information that has come to the attention of the Commission which would prompt it to reconsider its position must be of overwhelming significance. We have asked the Commission to provide us with this new information which has resulted in the establishment of the committee as well as the Terms of Reference of the committee,” the organisation said.

The organisations then jointly wrote to the Commission on 6 July, asking for clarity on these issues. They are yet to get a response. Then last week, they were notified of “a flurry of urgently scheduled Commission virtual consultations” after the Commission had promised to do in-person consultations with sex workers.

Sex worker and Asijiki’s national coordinator, Constance Mathe, said, “We did the presentation and sent a letter and they never came back to us. It shows the Commission does not care about sex workers who are dying and being raped.”

Sixolile Ngcobo, the Commission’s provincial manager, promised to give the group’s memo to chairperson Tamara Mathebulu and CEO Jamela Robertson. The organisations have given them a week to respond.

GroundUp sent questions to the Commission. Their response will be included once it has been received. 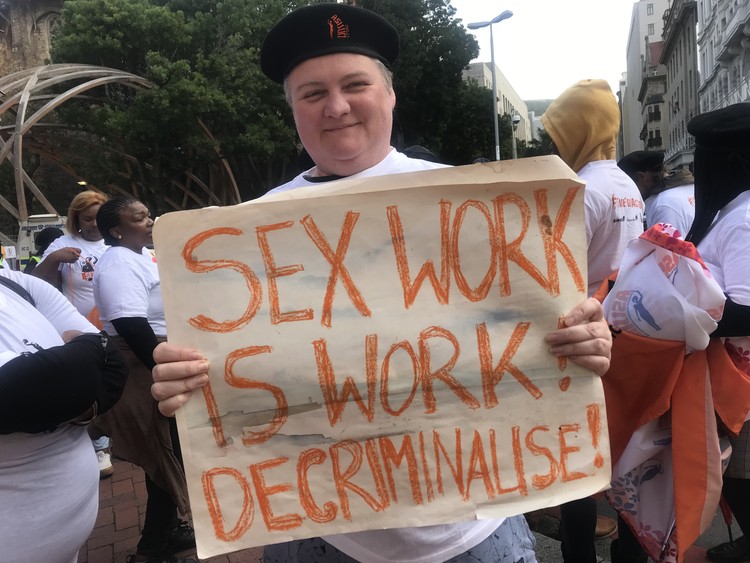 SWEAT director Emily Craven says the Commission on Gender Equality, which had been supportive of decriminalising sex work, is now reviewing its stance on this and other issues. Activists say sex workers have been excluded in this process.

Next:  Pretoria patients fed up that new clinic hasn’t opened

Previous:  When a car is your only home