No explanation of delays from province or municipality 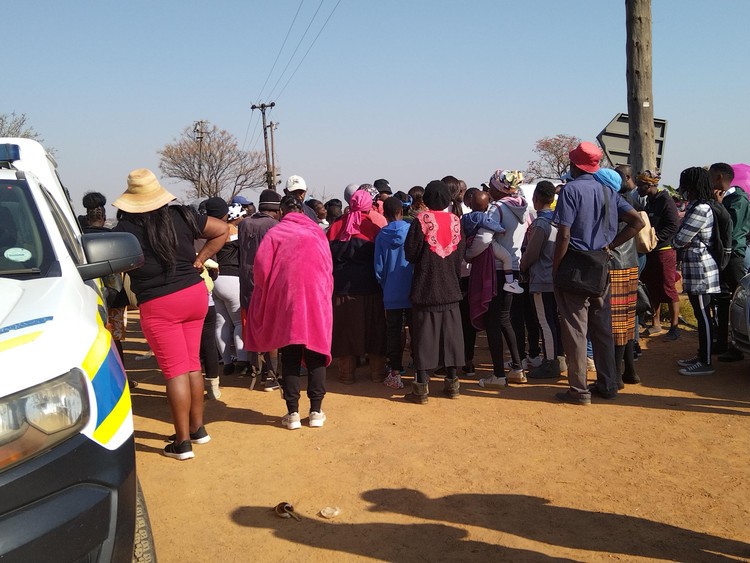 The community of Soshanguve in Pretoria are demanding that the government open the newly built Boikhutsong clinic. Construction on the new clinic started in May 2017 and it is yet to open. Photo: Mosima Rafapa

It has been four months since the new Boikhutsong clinic in Soshanguve Block V was meant to open its doors. Patients say the current clinic building is in a terrible state and are demanding that the new facility start operating.

On Thursday, only emergency cases and women coming for antenatal care were allowed inside the old clinic. Scores of other patients, like those collecting chronic medication, were angered when staff turned them away. This follows a standoff earlier in that morning and some staff left the premises due to safety concerns.

Construction on the new building started in May 2017. Earlier this year, spokesperson for the Gauteng Department of Infrastructure Development Bongiwe Gambu said that the anticipated opening date for the new clinic was the end of March 2022. Gambu had blamed delays on issues with the land acquisition and red tape between the provincial government and City of Tshwane.

A health worker, who spoke on condition of anonymity, said that community representatives, staff and union representatives met with the Office of the Premier in July. He said the rights and dignity of patients and staff is compromised in the current clinic building. “We’ve killed many snakes because of where the clinic is situated. When you walk inside, the rooms are small. The air conditioners are not effective. We have a high influx of patients coming here,” he said

Chairperson of the Boikhutsong clinic committee, Tebogo Mokonyane, said, “Patients have to queue outside. The sewage system regularly bursts and the septic tank gets full. There are a lot of issues at the clinic. The building is no longer suitable.”

Mokonyane said the government has not explained why the clinic has not opened. “First it was issues of land acquisition. Now, we heard that the municipality has to start providing services to the clinic,” said Mokonyane.

Media liaison officer at the Premier’s office, Vuyo Mhaga as well as Gambu did not respond to questions by the time of publication.

Previous:  Sex workers are angry with the Gender Commission. Here’s why