Housing project built in Pietermaritzburg without sewerage or planning 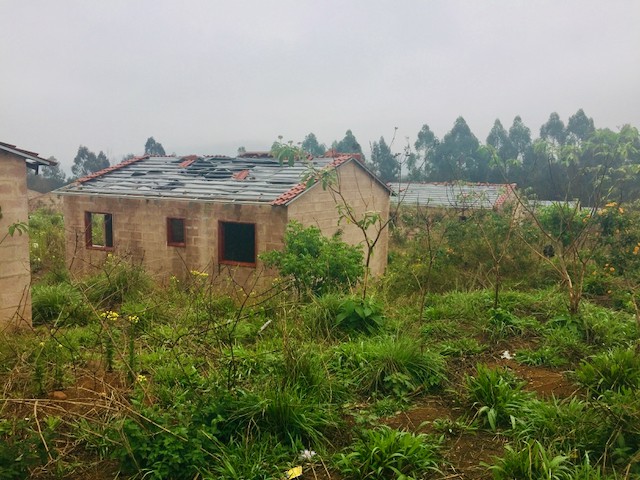 Residents of Emalahleni informal settlement in Woodlands, Pietermaritzburg, say they want the Msunduzi municipality to finish a housing project started in 2016 and was abandoned in 2017.

The unfinished R24-million project in Site 11 has left more than 150 beneficiaries living in appalling conditions along a railway line. Meanwhile their houses have been vandalised, some stripped of roofing, windows and doors.

“There was no planning for a sewerage system. There are just houses that were built without any survey. They saw the land and built houses,” said Zondi.

Zondi said they are demanding that by June 2020 all the houses be completed and ready for occupation.

“We live opposite the railway line … The train passes three or four times a day while children are playing outside – that is putting lives in danger. Yet we have empty houses that have been neglected,” said Zondi.

Residents share one tap and queue for water from as early as 4am. They use pit toilets made of plastic bags and wood. Near the shacks there is burst drain, that is overflowing and causing an unbearable stench.

Resident Lungi Sokhela said, “Emalahleni residents are not different from any other people. We are human beings and deserve a better life.” 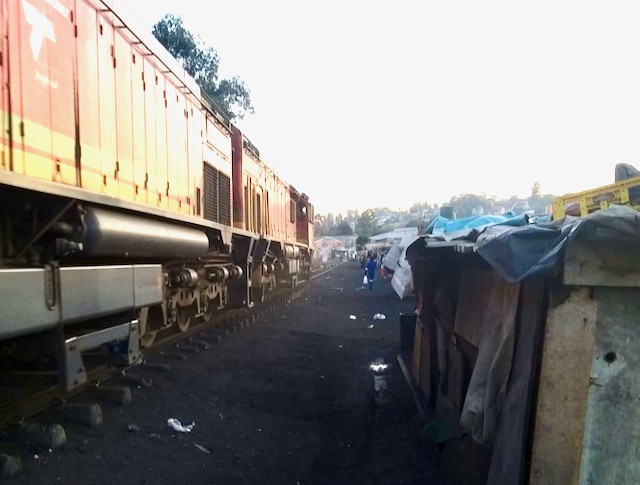 “Children play near a railway line. We are not safe at all. Every time a child is outside playing, you worry if they are safe,” says Emalahleni resident Lungi Sokhela.

Mafumbatha said the municipality had appointed a consultant (Isibuko Development Planning) to undertake a feasibility study for the project. A detailed work programme had been submitted to formalise the project and make it comply with regulations.

Mbulelo Baloyi, spokesperson for the Department of Human Settlements, said the project was an initiative of the municipality but the department was negotiating to take over the project and considering using the Spatial Planning and Land Use Management Act to fast track environmental authorisation.

“The department will urgently conduct a structural integrity assessment on the already built units to determine the scope of vandalism – whether it warrants total demolition or not,” said Baloyi.

Ward Councillor Shawn Adkins (DA) said the combined expenditure on the project amounted to R100 million and not R24 million. “We have houses that are being vandalised, people living without sanitation and no fresh water. There is money spent and the land is not developed. We want an immediate action plan to bring relief to people of Emalahleni,” said Adkins.

Visiting the site last Friday, Premier Sihle Zikalala said the lack of planning was the issue. He told residents that construction would start again early 2021.

Next:  Dunoon mother and six children among families left homeless after blaze

Previous:  RDP houses built 20 years ago still have no water