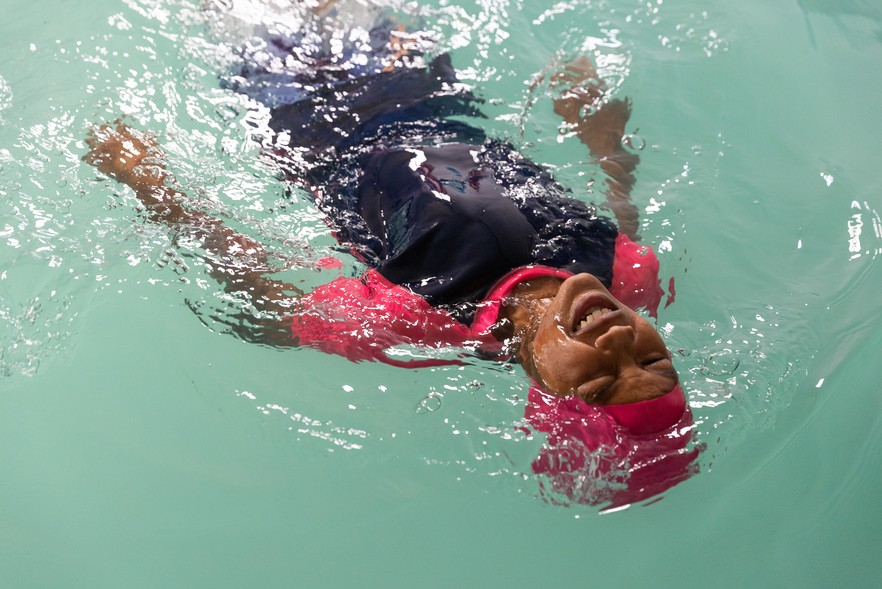 With summer and the holidays approaching, soon thousands of adults and children will flock to the country’s shorelines and public pools. But many who live inland and in poor communities do not have access to safe water bodies and have not learned how to swim. Children play unsupervised in rivers and farm dams.

In Riebeek Kasteel last year, a grade six learner found his way into a dam within walking distance of his school, Meiring Primary. Just 12 years old, he drowned.

Now a bright red container stands at the school. It is one of the National Sea Rescue Institute’s (NSRI) “survival swimming centres”. 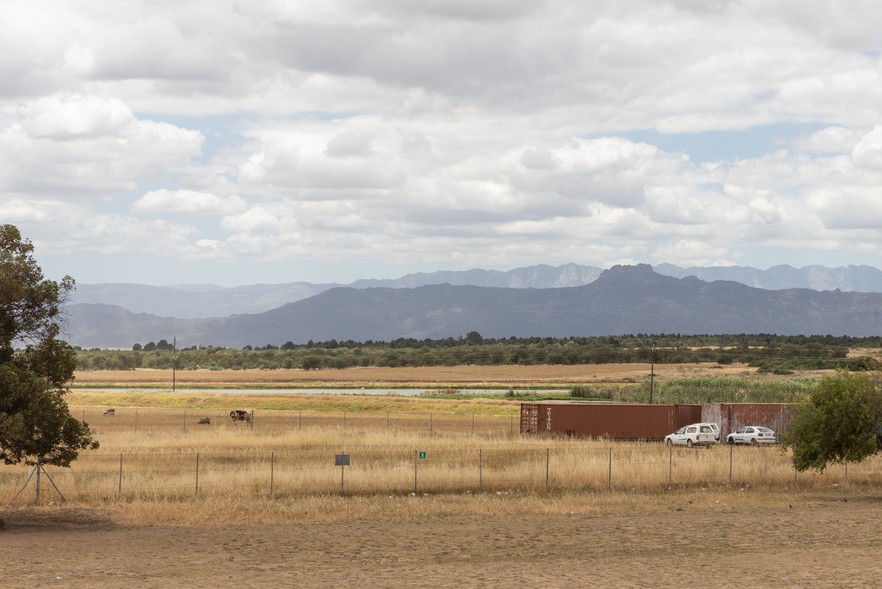 A dam within walking distance of Meiring Primary, where a 12-year-old learner drowned late last year. 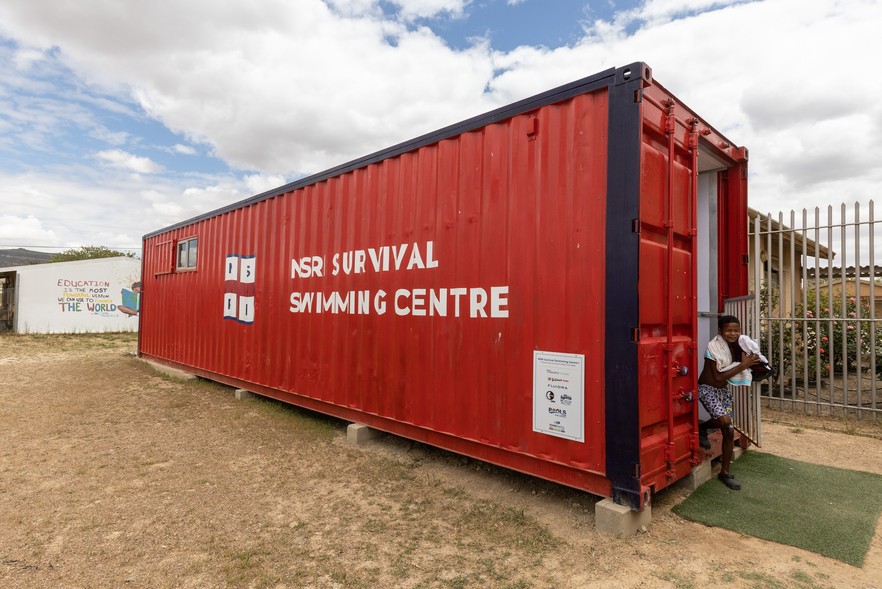 So far two NSRI survival swimming centres are active in Riebeek Kasteel in the Western Cape and Tombo Village in the Eastern Cape. Two more are expected next year in KZN and the Northern Cape.

The first of its kind, the 12-metre shipping container contains a six-metre heated swimming pool, a changing room, an office and a camera monitored by the NSRI. The water is one metre deep, making it possible for the learners’ feet to touch the ground. The facility can also be locked up to avoid children accessing it unsupervised.

The design is inspired by previous work done with lifeguard containers. Almost everything is donated – the container, the pool’s fibreglass and resin, pumps and the filtration systems. The cost would otherwise be about R650,000.

After the Riebeek Kasteel installation in March, a second centre was set up in Tombo Village, Eastern Cape. Two more are expected next year – in KZN and the Northern Cape. 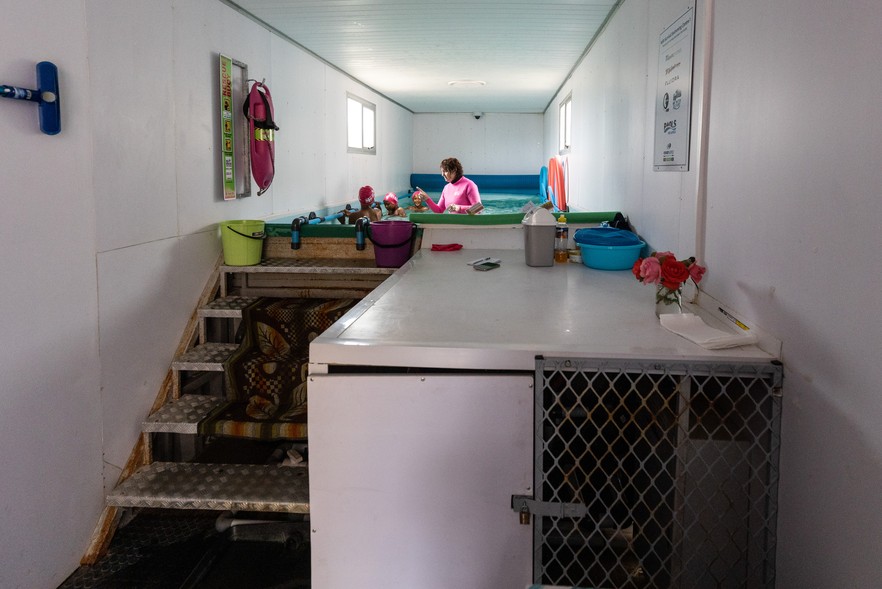 The NSRI survival swimming centres are built inside a 12-metre shipping container. They have a six-metre heated swimming pool, changing room, office and a camera monitored by the NSRI. 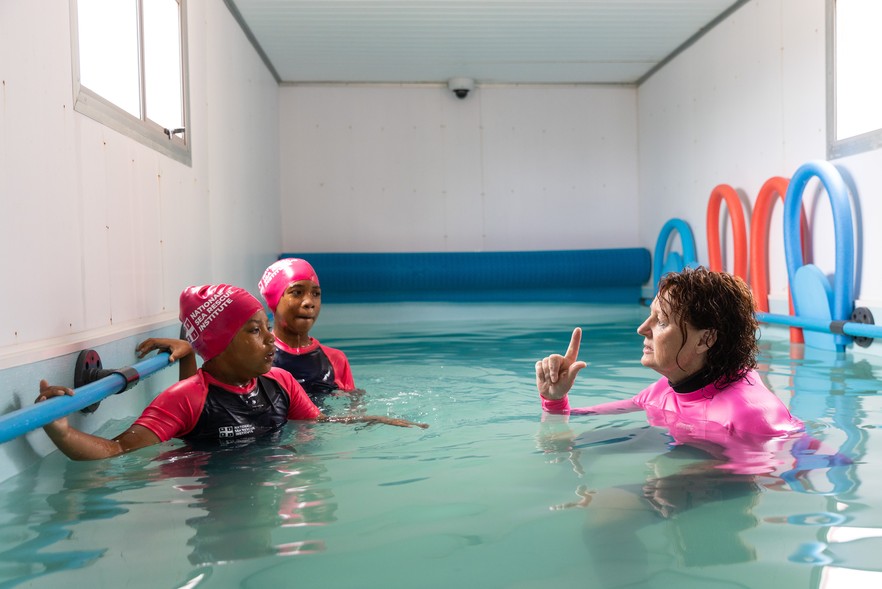 “We don’t teach the children how to swim, we teach them how to survive,” says Petro Meyer, an NSRI Instructor in Riebeek Kasteel. She said the valley gets very hot in summer and parents are away working. Children then “go to the dams and to the rivers and they swim alone without supervision”.

Meyer says they teach students four things: breath control, orientation, floating and moving through water. Children should be able to swim at least five metres once training is complete. Since the survival school opened, she says that they’ve given about 1,400 lessons.

A 2021 study on drowning prevention by the World Health Organisation found drowning to be the third most common accidental death in the world.

Brenton Cupido, principal at Meiring Primary, said there are no other public pools. The closest public one is 20 minutes by bus to Malmesbury and costs R30.

Riebeek Kasteel has many poor families and many parents at his school are farm workers and the majority depend on social grants.

“The farmers try to stop the learners [from using the farm dams] but they can’t be everywhere,” he says.

Cupido said the government should see that “there is a need for swimming pools in the rural areas with proper supervision”, and this would “prevent further tragedy”. “I don’t want to go through another … drowning again,” said Cupido.

“We have that peace of mind, that if our children … fall in the water, they know how to survive,” he said. 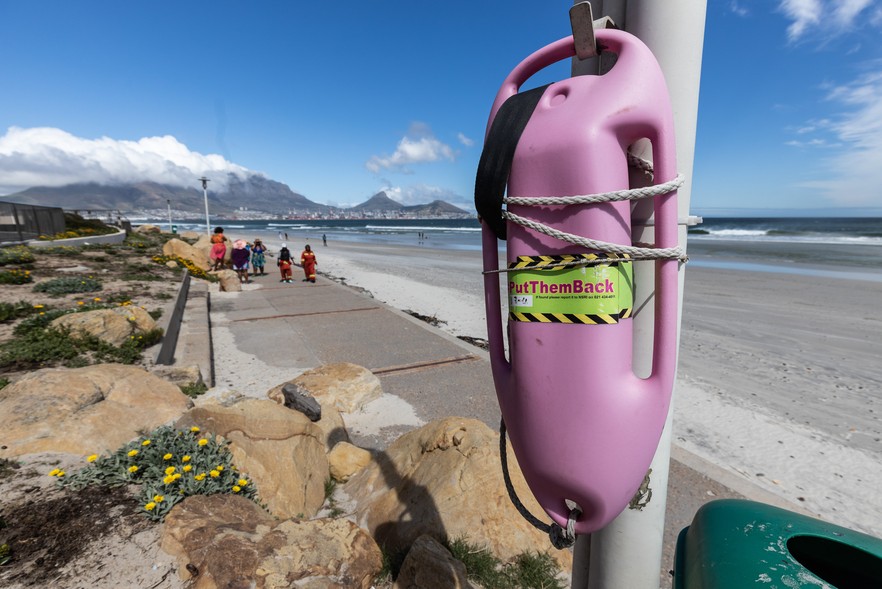 A pink buoy at Milnerton Beach. Over 1,300 of these life-saving flotation devices have been set up across South Africa.

Another NSRI project is the over 1,300 pink buoys across South Africa used as assisted floating devices in case of emergencies. These can be found in dams, rivers and the seaside. The NSRI also runs free swimming lessons at various municipal pools in the Western Cape.

With the survival centres, the NSRI hopes to “instil a culture of swimming in poor communities where it wouldn’t have been possible previously”.

Next:  500 refugees living in wretched conditions in Cape Town camp