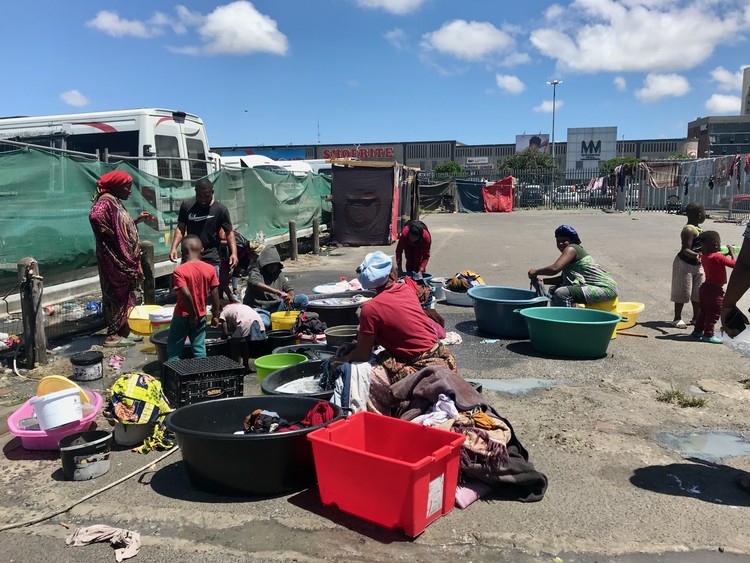 Three years ago in October 2019, refugees started a protest at the United Nations High Commissioner for Refugees (UNHCR) offices in Cape Town and Pretoria. They were demanding resettlement in a country other than South Africa.

After protracted protests, relocation to various camps and the Covid pandemic, the UNHCR managed to reintegrate about 800 refugees back into communities and helped 70 with voluntary repatriation.

But about 500 refugees, including 200 children, remain at Paint City in Bellville. They still refuse to return to South African communities and cling to the dream of being relocated to another country.

They have been living without showers since 2020. They say there are water outages and since the beginning of this month they have no toilets at all.

They have resorted to makeshift bathrooms – wooden pallets placed on the ground and screened off with blankets. The men use a sandpit.

Food is prepared for the whole camp on an open fire.

Refugee leader Hafiz Mohammed said the last toilets were removed on 1 November. There were initially 20 toilets and they were regularly serviced. These were reduced to ten and not serviced. He said people now relieve themselves in plastic bags and dispose of them in bins.

Mohammed said initially there were 20 showers, but these were removed in 2020.

“Every week we also experience water cuts for three days … We then go around the neighbourhood asking for water,” he said.

A Burundian asylum seeker, who delivered a baby three weeks ago, said, “Last week I didn’t take a bath for three days, because we had no water. I am waiting for UNHCR to relocate us. I used to stay in Khayelitsha, running a restaurant. In 2019, they stole everything and burned down my container. I came here [to South Africa] 15 years ago and I am still an asylum seeker. My eldest child, 14, has never been to school. She has no birth certificate,” she said.

Asked why the refugees persist with their demands, Mohammed told GroundUp: “UNHCR should not hide behind Home Affairs. It should come to carry its mandate to assist us to leave South Africa. Without a valid refugee status, you can’t find work, you can’t buy a house and open a bank account. We don’t want to stay in South Africa any more. We are saying enough is enough. The only thing we want is for UNHCR to take us to a safe country where our children can have a future. Anywhere in the world.” 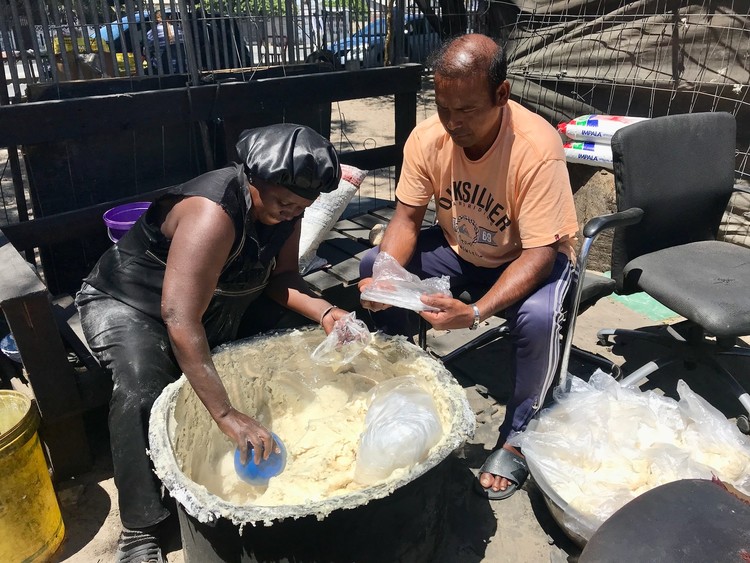 Meals are prepared on an open fire for everyone. Refugees take turns making food. They say they eat once a day.

Laura Padoan, spokesperson for the UNHCR, said the agency is no longer directly engaged on site, but refugees continue to access legal partners for advice on issues such as documentation.

“The UN Refugee Agency is concerned for the welfare of the refugees and asylum seekers in Paint City and we are keen to see a solution to their situation as soon as possible.

“Resettlement to a third country is a very limited option for refugees worldwide, is subject to quotas offered by receiving countries, and is not offered on a group basis.

“UNHCR is not in a position to arrange transfers of people to other countries in the region; this would require refugees obtaining visas on an individual basis from the country they wish to travel to.

“We do not wish to see refugees, particularly the children, living in these unsanitary conditions, which is why we are urging refugees to either reintegrate into communities, or to take up the offer of voluntary repatriation [to their country of citizenship].”

The City of Cape Town referred our questions to Home Affairs, which has been responsible for the camp since its inception.

Questions sent to Home Affairs a week ago have not been answered. We will add a response if and when it is received. 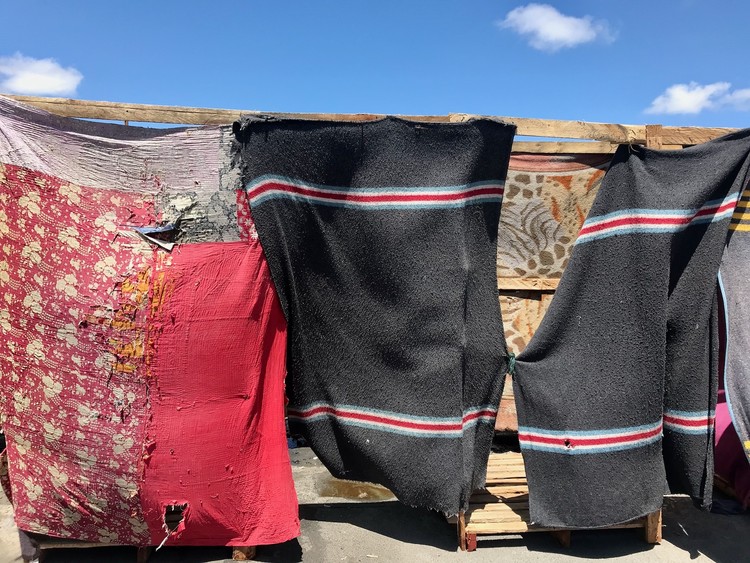 The women’s “bathroom” is screened off with blankets and there is a wooden pallet to stand on.

Next:  Stopping people from letting their cattle graze amounts to eviction, says judge

Previous:  Very few South Africans can swim, says the NSRI. It aims to change this