Cape Town still has a sewage pollution crisis, but the mayor is “on the right track”, says expert 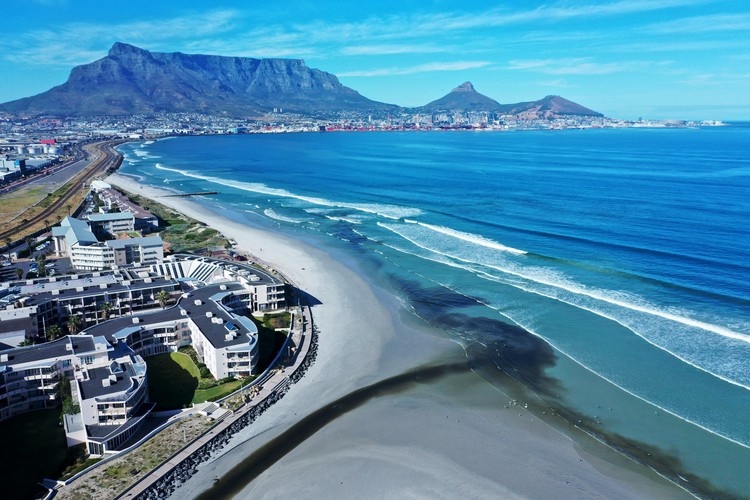 It has been a year since Geordin Hill-Lewis donned Cape Town’s mayoral chain and declared the city’s sewage pollution crisis a top priority. The City is making some progress, but many of the biggest pollution problems remain.

Arguably the most pressing, and most visible sewage pollution is that of the Diep River estuary, which forms the Milnerton Lagoon.

The estuary receives stormwater and pollution via the Diep River from informal settlements upstream, but activists and scientists believe the main pollution source is the Potsdam sewage treatment works, which releases about 47-million litres of effluent into the Diep River every day. Under the City’s management, the effluent is supposed to be properly treated, but historical data from the Department of Water and Sanitation (DWS) shows the sewage plant has failed to meet national effluent quality guidelines since 2018.

The extent of the estuary’s pollution led to the provincial government issuing the City a directive to stop the pollution and rehabilitate the estuary more than two years ago. Though the pollution has continued, no further action has been taken by provincial authorities. Any recreational activity on the estuary is currently a health hazard, and surrounding residents have to endure an almost permanent stench emanating from the water.

During his election campaign, Hill-Lewis said he had childhood memories of swimming in the lagoon and intended to return it to a healthy state before the end of his term. But lead researcher at UCT’s Future Water Institute Dr Kevin Winter believes that at the current rate this is unlikely.

Potsdam is far from the only failing sewage treatment plant. Of the 24 sewage treatment plants managed by the City (excluding three marine outfalls), 15 release effluent into our rivers and oceans that do not meet national DWS guidelines, the DWS dashboard shows. This is just one less than the 16 which were failing last year. Failing sewage plants include Athlone, which is designed to treat 105-million litres of sewage per day. Over the past three months, it has a 0% adherence to national guidelines for faecal coliforms such as E.coli and enterococcus (max 1,000 faecal coli/100ml) and scores 46% for treatment of chemical pollution indicators such as phosphates and nitrates. This partially treated effluent is released into the highly polluted Black River, from which people are known to fish for food.

Other notable sewage works failures are the Cape Flats treatment works, which release up to 200-million litres of effluent into False Bay per day, along with Simon’s Town (4.7million-litres/day), and Macassar (35million-litres/day). The cumulative effect of these failing sewage works releasing effluent into False Bay contributes to growing levels of pharmaceutical and industrial chemicals in the seawater, which accumulate up the food chain. Local scientists have found alarming levels of these chemicals in fish sold at Kalk Bay harbour.

Sewage on the streets

Sewage spills along residential streets are common in places such as Dunoon and parts of Khayelitsha, where sewer blockages and collapsed pipes lead to sewage pushing up from manholes. The raw sewage flows down streets and enters the stormwater system where it adds to contamination of streams and rivers. This has also been a longstanding problem, creating a health risk for residents and children in particular, impacting people’s dignity and right to a healthy environment.

As reported by Peter Luhanga, residents of Dunoon have said they are looking forward to an end to rivers of sewage flowing down their streets.

“For eight years I have been tip-toeing over sewage. We’re very excited and grateful to see our ward councillor at the centre of service delivery in our township,” said Nomhla Maposa, who lives along Dunoon’s Mnandi Street, where sewage frequently overflows when sewer lines are blocked.

Except for Milnerton Lagoon, the extended closure of major recreational inland water bodies – Rietvlei, Zandvlei, Zeekoevlei, and Milnerton Lagoon – has not been repeated this year with Hill-Lewis in charge.

Earlier this month, councillor Alex Lansdowne, who chairs the mayoral advisory committee for water quality in wetlands and waterways, listed 30 things the City has done to clean up Cape Town’s vleis, rivers and wetlands.

Lansdowne admits many of the initiatives are symbolic and some are small in scale but are part of a new approach to water governance which prioritises transparency and collaboration.

Winter, who sits on the City’s Committee on Inland Water Quality, says the establishment of the committee, which meets quarterly and is attended by specialists in water quality, executive and management members of the City’s water and sanitation department, mayco members, and councillors, is in itself “a significant gain”.

The committee is not a decision making body, but it shares information “that is helping to make gains”.

Equally, Winter said the publication of water quality data on the City’s website is “a massive gain which is partly attributed to the mayor” as such information “is crucial to inform citizens, to build trust and improve the potential for partnerships”.

But Winter said there are “huge concerns around the lack of compliance and final effluent discharge from Athlone, Cape Flats, Klipheuwel, Potsdam, and Simon’s Town” sewage treatment works.

He said the failure of Potsdam in particular, resulting in the pollution of the Diep River estuary, “warrants new levels of action and a call for a state of emergency within the City”.

While there are plans to upgrade Potsdam, the receiving wetlands, Milnerton Lagoon, the near shore marine environment, and the people living around it, cannot afford to wait five years before this upgrade is in place, said Winter.

He said sanitation also includes safe access to toilets, which is an “ongoing challenge, especially in peri-urban/informal parts of the city that are continuing to expand”.

He said the mayor has been rather quiet about addressing this issue. “The clarion call, even if this is aspirational, should be ‘a toilet in every home’.”

Winter said the mayor was “on the right track” but “has been dealt a bad hand” by inheriting sewage treatment works that were deteriorating.

“He is making the right noises, but the challenge of keeping this city on track is simply overwhelming and it can’t be left to the City. Formal agreements and meaningful, trustworthy partnerships between community-based groups and the private sector are necessary to address an increasing challenge of water and sanitation in a rapidly expanding city that is receiving very little support from the national fiscus.”

Milnerton Central Residents’ Association environmental head Caroline Marx, who has been at the forefront of the fight to clean up the Diep River estuary and is one of the people behind rethinkthestink.co.za, said the City’s long term plans to address the sewage pollution crisis were “good” and the mayor’s team had done more to address the problem during the last year than the previous administration did over five years.

“That being said, they haven’t done enough,” said Marx. “The quality of discharge from Potsdam is dreadful.”

She said when matters were reported directly to the mayor, action followed, but the problems should have been dealt with by engineers and technicians.

“Politicians don’t know anything about wastewater generally. The officials paid to run those plants are not doing their job. Politicians should only have to provide the budget and hold them accountable.”

She said she was in agreement with Winter that Potsdam should be declared a disaster.

“There are people really really trying hard but there are things that are just not working.” 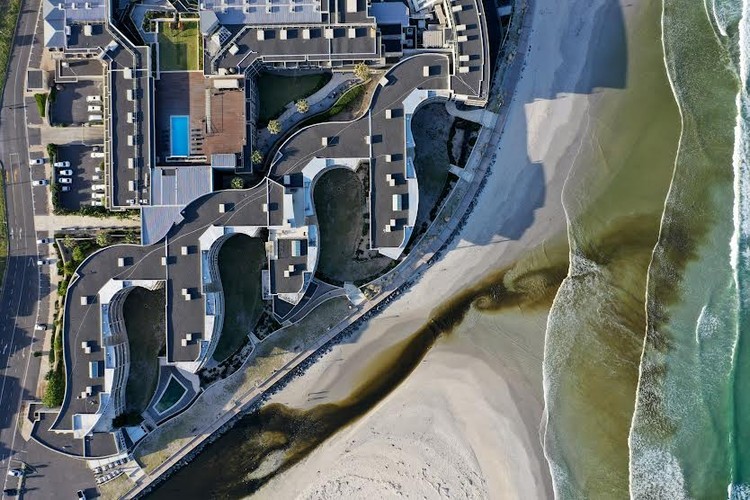 Black water seeping into the sea at Milnerton in 2019. Photo: Supplied

Next:  Postbank loses over R18-million to cybercrime attacks

Previous:  Injections against HIV could be manufactured locally and cheaply, says Aspen Pharmacare

Thanks for another excellent sobering assessment of our sewage crisis.
But my question to everyone is, with 15 out of our 24 treatment plants failing, if the city can't get all the treatment plants working properly, how can we trust our city with their new plan to inject 'highly-treated sewage effluent' into our aquifer, to end up as part of our drinking water?
How can we be sure they won't end up contaminating our aquifer?
Thanks!