One victim was murdered at a police station 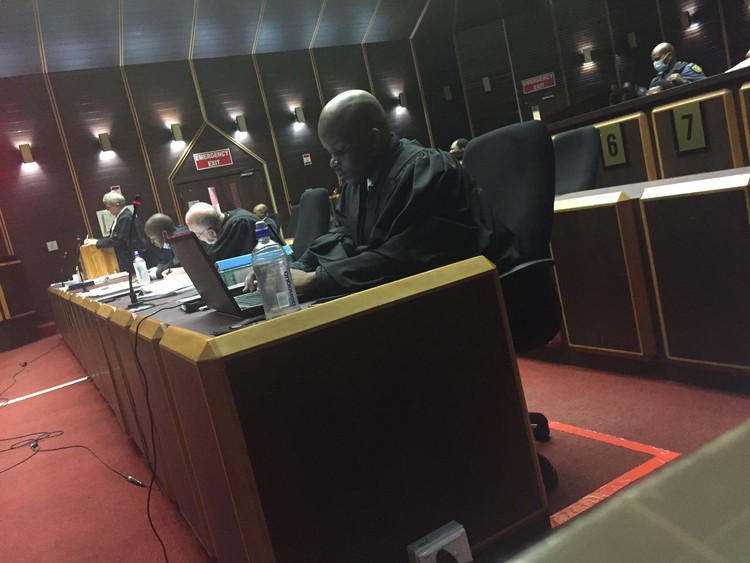 The trial against the “Glebelands Eight” has been remanded until February next year. Photo: Nompendulo Ngubane

An activist testifying in the case against the “Glebelands Eight” says victims of crime in the community were more comfortable speaking to her instead of the Umlazi police.

“It’s either they were scared of the police or didn’t trust them at all,” said Human Rights activist Vanessa Burger. She took the stand at the Pietermaritzburg High Court this week to give evidence on a detailed 236-page affidavit on her involvement with Glebelands residents.

Her research also included information on hostel block committees and the Ithuba Conflict Resolution Foundation (ICRF), an organisation that was meant to deal with conflicts in Glebelands.

She had kept records of a string of murders and orchestrated evictions of residents who were against the violence between 2014 and 2016. The accused on trial are Bhekukwazi Mdweshu (a former detective of Durban Central police station), Khayelihle Mbuthuma, Vukani Mcobothi, Eugene Hlophe, Mbuyiselwa Mkhize, Ncomekile Ntshangase, Mondli Mthethwa and Bongani Mbhele. They face 22 charges including nine for murder and attempted murder.

During testimony, Burger said she was introduced to the community of Glebelands in March 2014 by Mthembiseni Thusi who was the deputy chairperson and spokesperson for hostel dwellers group, Ubunye bamaHostela (UbH).

“I frequently started visiting Glebelands and I personally witnessed some cases of police non-response. The experience includes the killing of Sipho Ndovela in [May] 2015 who was a state witness in the murder case of Fikile Siyephu [another Glebelands resident] who was killed on 15 February 2015,” said Burger. Ndovela was killed at Umlazi GG police station.

Burger told the court how Ndovela had approached her about Siyephu’s murder because he didn’t trust the investigating officer, Colonel Singh. She said she was shocked a few weeks later when another resident told her that Ndovela was murdered at the police station.

“I rushed to the scene and saw him lying down with a bullet in his head and chest. Singh was there and I accused him of being responsible for Ndovela’s death and failing to protect him. I took pictures and I was threatened and told to delete some of the pictures. Singh tried to arrest me. I deleted some but not all of them.

“Because of the police crime involvement I started attending most of the crime scenes,” said Burger.

Judge Nkosinathi Chili said the trial would continue on 22 February and 25 March 2021 at 10am when Burger is expected to be cross examined.

All of the accused will remain in custody at Westville prison.

Right-of-reply: Khandani Msibi criticises our 3Sixty Life report. But we stand by it