Right to privacy must be balanced with right to freedom of expression, Appeal Court judges say 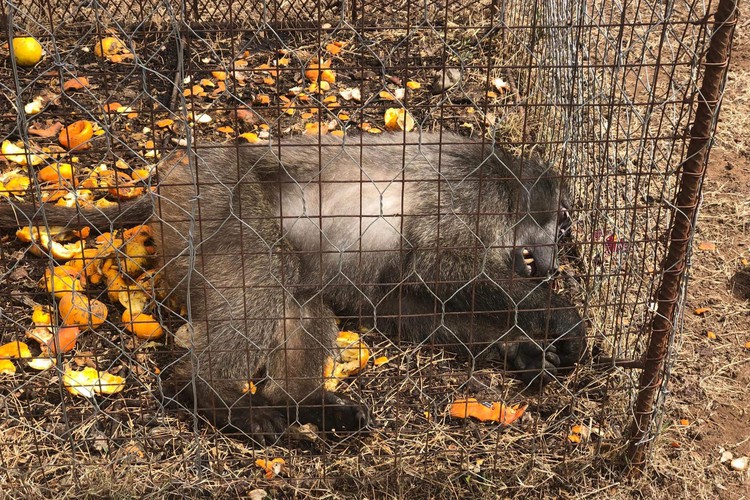 This photograph was published on Facebook by conservationist Bool Smuts to expose how a farm owner was capturing and killing baboons and other wildlife. Copied as fair use.

The Supreme Court of Appeal has overturned a High Court judgment which prohibited a conservationist from publishing personal information about a farm owner involved in the mistreatment of animals.

In 2019, cyclists were riding through a farm in Varsfontein in Paarl. One cyclist saw two cages on the farm. One contained a dead baboon and the other a dead porcupine. Both cages were in the sun without any shade or water. It seemed that the animals had died from starvation or dehydration.

The cyclist took pictures of the dead animals and sent them to Bool Smuts, a wildlife conservationist. Smuts contacted the owner of the farm, Herman Botha, on WhatsApp, and Botha told Smuts he had a permit to hunt, capture and kill baboons, porcupine and “other vermin”.

Smuts then posted the pictures on the Facebook page of his wildlife conservation company.

Smuts also explained how baboons are caught by placing oranges in drums into which baboons climb and are trapped. The oranges are also often poisoned, he said.

The post generated several Facebook comments critical of Botha. Some people suggested boycotting his insurance business. Others suggested launching a campaign to “name and shame” his trapping and killing of animals. One Facebook user said that Botha “should be in that cage” and another said that he “should be paid a visit”.

Botha then brought an urgent application to the Eastern Cape High Court in Gqeberha for an order requiring Smuts to remove the post and prohibiting Smuts from making any defamatory statements about him.

The High Court agreed with Botha. The Court ordered Smuts to remove the parts of the Facebook post that referred to Botha, his business and the location and name of his farm (Smuts had removed the photograph of Botha and his daughter before the order was made).

Smuts then took this judgment on appeal to the Supreme Court of Appeal.

He argued that the Facebook post was not unlawful because it was fair comment and protected by his constitutional right to freedom of expression. He also said the purpose of the post was to express his opinion that animal traps are “cruel, barbaric, vile and ruinous to biodiversity”. While his opinion on animal traps might be offensive or upsetting to some people, this did not mean it was not protected by the constitutional right to freedom of expression, he said. Smuts also argued that there would be no purpose in publishing the photographs without explaining where the photographs were taken or who had laid the animal traps.

Botha argued that the Facebook post had intended to convey the impression that his trapping and killing of animals was unlawful, when he was in fact allowed to do this because he had a permit.

The purpose of the Facebook post was to undermine his good reputation, cause harm to his business and endanger his family, Botha argued.

Botha also said that while freedom of expression was important, this did not mean Smuts could rely on the right to publish his personal information or make defamatory statements about him.

The Supreme Court of Appeal said these arguments required it to answer three questions:

The Supreme Court of Appeal said the High Court had correctly recognised that the use of animal traps is a matter of public concern and that the voices of activists like Smuts must be heard. However, the High Court had been wrong to find that Smuts should have exercised his right to freedom of expression more cautiously to minimise any harm to Botha’s privacy, and had also been wrong in finding that the public interest did not justify disclosure of Botha’s personal information.

Justice Mathopo said the High Court had failed to recognise that the courts should not censor people or tell them how they should exercise their right to freedom of expression.

He said that the High Court’s approach to the case would affect the ability of activists to speak freely about matters of public concern and would undermine the fundamental purpose of the right to freedom of expression.

He said that Botha’s argument that the post violated his right to privacy had no merit. Botha had never concealed the fact he used animal traps on his farm. The name and location of his farm and business were also in the public domain. There would be no purpose in publishing the photographs of the animals without explaining where the photographs were taken and who laid the traps, he said.

Botha was ordered to pay Smuts’s legal costs for the proceedings in the High Court and the Supreme Court of Appeal.

Next:  Elim in Limpopo has been without water for more than a year