Child abuse: has the early warning system broken down?

Children are dying because of failure to identify abuse, overworked social workers and too much red tape 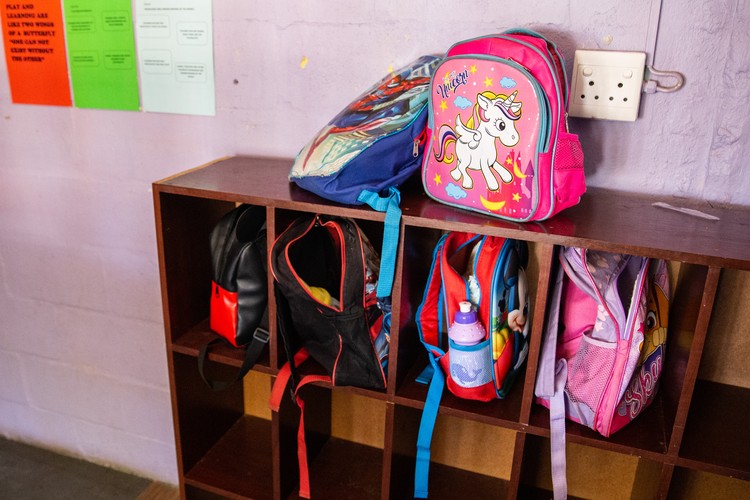 Eighteen-month-old Jeremiah Ruiters should not have died.

The toddler’s ordeal could have ended soon after he was admitted to Cape Town’s Red Cross Children’s Hospital — with a broken arm — prompting doctors to suspect that he was a victim of abuse. Perhaps, it could have ended after Jeremiah returned to the hospital less than a month later with a badly injured finger, prompting doctors again to flag the case with social workers. If the social worker assigned to the case had paid more attention when she visited Jeremiah’s home, instead of deciding that the child was not at risk, his life could have been saved.

Instead, on 12 June 2017, Jeremiah was raped and murdered by Ameerodien Peters, his mother’s boyfriend and the man who had caused the injuries twice flagged by doctors.

More than three years later, in August 2020, the Western Cape High Court sentenced Peters to life imprisonment after convicting him on charges which included child abuse, rape and murder.

Jeremiah’s tragic death reflects the alarming combination of a dysfunctional system, overworked social workers and a mess of red tape in the systems meant to keep children safe. 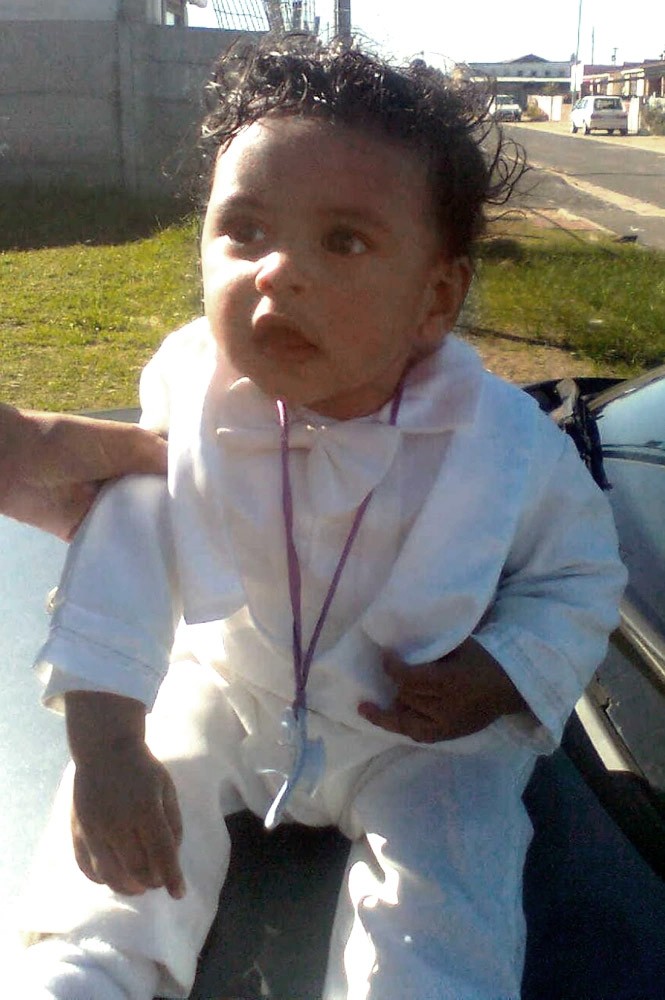 Professor Shanaaz Mathews, Director of the University of Cape Town’s (UCT) Children’s Institute, has been researching fatal child abuse since 2012 when she co-authored a mortuary-based retrospective survey on child homicides resulting from child abuse and neglect.

The study, commissioned by the Gender and Health Research Unit of the South African Medical Research Council, looked at the records of 38 mortuaries to identify all instances of child homicides in 2009. It found that almost half (nearly 45%) of the 1,018 child homicides that year were due to child abuse or neglect. Nearly three-quarters (74%) of the victims were babies and children aged four or younger. And, in 18% of cases where there was rape and homicide, the victims were aged five or younger.

The findings were confirmed by a second study, part of a child death review pilot study, which looked at records generated between 1 January and 31 December 2014 at the Salt River Mortuary in the Western Cape and Phoenix Mortuary in Kwazulu-Natal. The study found that 44% of child homicides were attributed to fatal child abuse.

Researchers found that police didn’t consider solving young children’s murders a priority. Most cases in the report were not properly investigated and very little was done to hold people accountable for child deaths from abuse and neglect. Researchers also inquired about social welfare involvement in the investigations; they found none.

In September 2015, the failure of social workers to identify and intervene in child abuse cases was emphasised by Mathews in a presentation to Parliament’s Portfolio Committee on Social Development.

She highlighted two cases where young children had been left in dangerous situations and died as a likely result:

These deaths were preventable, said Mathews.

Currie-Gamwo worked directly on the prosecution of Jeremiah’s killer, Ameerodien Peters. (The little boy’s mother, Abigail Ruiters, was convicted of child neglect.) Currie-Gamwo was also part of the Child Death Review project in the Western Cape, an initiative of the UCT Children’s Institute first piloted in 2014.

The project brings together a panel of representatives from law enforcement, child protection and social services, a paediatric nurse, a paediatrician, a forensic pathologist and a prosecutor to review child deaths on a regular basis.

Jeremiah’s case was among those reviewed – and it quickly became clear how his case had slipped through the cracks before his death.

“Because we have people from Red Cross on the panel, we immediately picked up that this child had been seen by a doctor who wrote on the form that this is a child at risk,” said Currie-Gamwo.

“So immediately there should be intervention from social services.”

A social worker did visit the home, but did not do a proper investigation, Currie-Gamwo says.

“She only ticked the boxes, as per the form, based on a home visit that lasted no more than 30 minutes. She left the file with her supervisor who was supposed to deal with it further down the line.”

The Child Death Review team recommended that the Department of Social Development “take steps” to discipline the social worker. Currie-Gamwo said this had happened and the social worker had been cleared of any wrongdoing.

“We weren’t particularly happy with that. But it’s their process. We cannot dictate to a department,” she said.

Galled by the failures in Jeremiah’s case, Currie-Gamwo and Mathews wrote to the then-Premier of the Western Cape, Helen Zille, in August 2017.

This letter added to mounting civil society pressure on the Western Cape government to do something to intervene in the high rates of child murders in the province. In 2018, the provincial government adopted an Action Plan which noted that among the “gaps in early detection, referrals, and protection of children at risk” was the failure of social workers to do proper “risk assessments”.

Since then, training and procedures have been improved and adherence to a Safety and Risk Assessment Tool is now mandatory for all social workers, the department has said. But is it being used?

The Safety and Risk Assessment Tool for child protection investigations was developed by Professor Vollie Spies, an associate professor at the Department of Social Work and Criminology at the University of Pretoria, at the request of the national Department of Social Development. It was intended to be a step-by-step protocol because there was nothing like it available for social workers at the time, Spies says. Staff in the department’s offices all over the country were trained in the use of the tool in 2015.

But, Spies suspects, many social workers did not make use of the tool to its full potential.

“Unfortunately, and I’m saying this with regret and sadness, like all other professions, people find their own ways, which is not always the scientific way,” said Spies.

Asked about the use of the Safety and Risk Assessment Tool, the Western Cape Department of Social Development responded at length.

“The tool has assisted both DSD and designated child protection organisations’ social workers with early intervention and prevention services. The assessment identifies the level and type of risks, and appropriate support given before a child is removed. This can be measured by the number and type of interventions done with the families, and adherence to the safety plan,” said Esther Lewis, the department’s spokesperson.

Social workers do not bear the blame alone when the system fails children. Interviewed on condition of anonymity, social workers with experience working in both government and in civil society agencies said they struggled to balance their obligations with the often dangerous aspects of their jobs and an overwhelming workload.

Some areas are so dangerous that social workers need a police escort.

“You have to go to the actual police station, tell them that there’s a particular case and possible risk, and they then send out a police van with you.” Sometimes a shortage of police vehicles meant that social workers could spend hours waiting for an escort.

“I had one case like that which was horrific. When we got to the house, there were gangsters, there was a shebeen, it was so bad and the police just left me there. I was 21 years old, it was my very first job, and here I am in this house where there’s possible abuse.”

She said some social workers made up their case notes to protect themselves, pretending, for instance, that they had visited a house but no-one had opened the door.

A lack of supervision is a serious problem, she said.

“Social workers are coming out of institutions with all the theory, but are then thrown into a landscape of violence and social ills and are required to do so much that they’re not really prepared for,” said another social worker, with 24 years experience.

“It can never be about one person, a social worker, having to make such a profound definitive decision regarding families’ lives or a child’s life on their own. Where was the supervisor in [Jeremiah’s case]?”

All the social workers interviewed complained about the laborious, slow paper-based system for case management. Work had often to be duplicated, sometimes reports were sent to the wrong jurisdiction repeatedly, and the absence of electronic records and data search facilities made tracing cases very slow.

The National Child Protection Register is supposed to solve this problem, according to Out of Harm’s Way: Tracking child abuse cases through the child protection system at five selected sites in South Africa published by the UCT Children’s Institute. Specifically, Part A of the register, which is meant to keep a record of abuse or deliberate neglect inflicted on specific children, should be used to protect these children from further abuse and neglect. According to the Western Cape DSD, access to Part A Child Protection register is restricted and surveillance is done by the National Department of Social Development. The National Department did not respond to questions about access and management of the register.

There have also been long standing concerns that the register is not properly maintained and so is not accurate. In 2010, says the Institute, the Register noted 1,348 cases of abuse (sexual, physical, and emotional) and neglect cases. But in the same year the police recorded over 51,000 sexual offences and physical assaults against children - a disparity which suggests that the department is “almost certainly under-reporting levels of abuse.”

In December 2021, the body of nine-month-old Caswell Frans was found in a shallow grave in Vrygrond, south of Cape Town. Caswell’s mother was addicted to drugs, lived on the street and could not care for him. An agreement was reached with an acquaintance in the community to look after the baby. But Caswell’s aunt and grandfather soon became concerned that he was being abused and neglected. They say they contacted a social worker to inform him that Caswell might be at risk. They say the social worker failed to intervene.

Caswell’s care giver has since been arrested for his murder.

The Western Cape Department of Social Development launched an investigation into the conduct of the social worker. The family have been told that the information gathered is currently with the Premier’s office - which will consider whether disciplinary action against the social worker is warranted.

But for Caswell, it is too late.

This story was produced by Viewfinder for GroundUp with a grant from the Henry Nxumalo Fund for Investigative Journalism.

Previous:  Man dies after being hit by an electrical pole during protest for electricity