Book Festival brings authors and poets to the Cape Flats 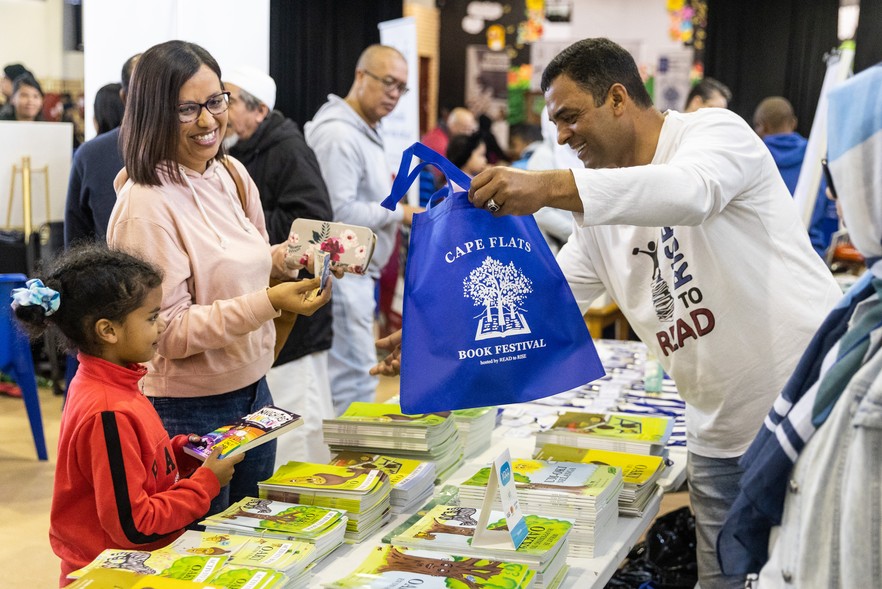 People from across Cape Town attended the two-day Cape Flats Book Festival in Mitchells Plain over the weekend. The event brought together local authors and poets who interacted with audiences. Photos: Ashraf Hendricks

Hundreds of people, young and old, came out to the Cape Flats Book Festival at the West End Primary School in Mitchells Plain at the weekend.

The two-day event hosted over 30 sessions with scores of authors, poets and publishers. During the sessions, writers and artists talked to smaller audiences, discussing their craft and answering questions about the industry.

The event is hosted by Read to Rise, a civic organisation that promotes youth literacy in under-resourced communities. 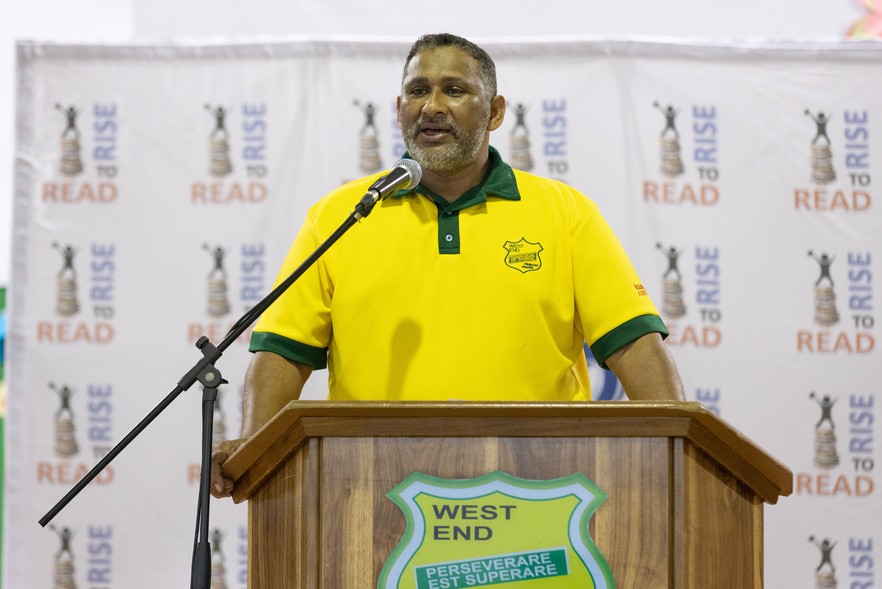 West End Primary School Principal Clive Arries says the book festival is an “act of hope for our community”.

There were books on sale at bargain prices and entertainment for children included face painting, jumping castles and a puppet show.

“We believe that readers become leaders,” said Clive Arries, Principal of West End Primary School. West End is one of two Western Cape schools recently shortlisted in the top ten of an international competition to determine the world’s best schools in the category of ‘overcoming adversity’.

He said that the festival is an “act of hope for our community”. Arries said that it gives learners “an opportunity to dream beyond their circumstances”. 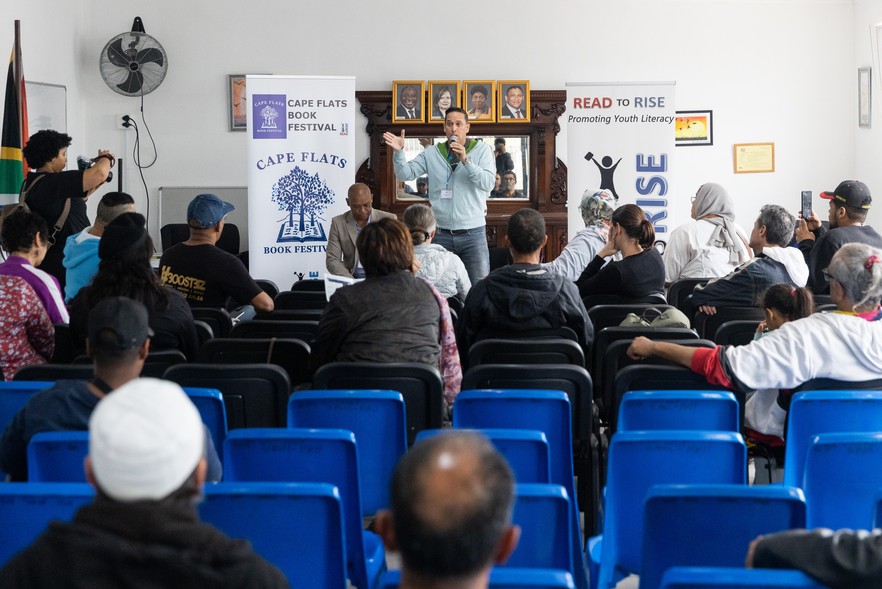 During a session with Yusuf Daniels and Rodney Brown, they discussed some of the challenges and the importance of marketing. Daniels said that the average South African author sells about 500 books in their lifetime. He said that most writers are introverted, but that “you have to put yourself out there” and use social media to market yourself. “I dala what I must” he said, and suggested that other authors do the same. 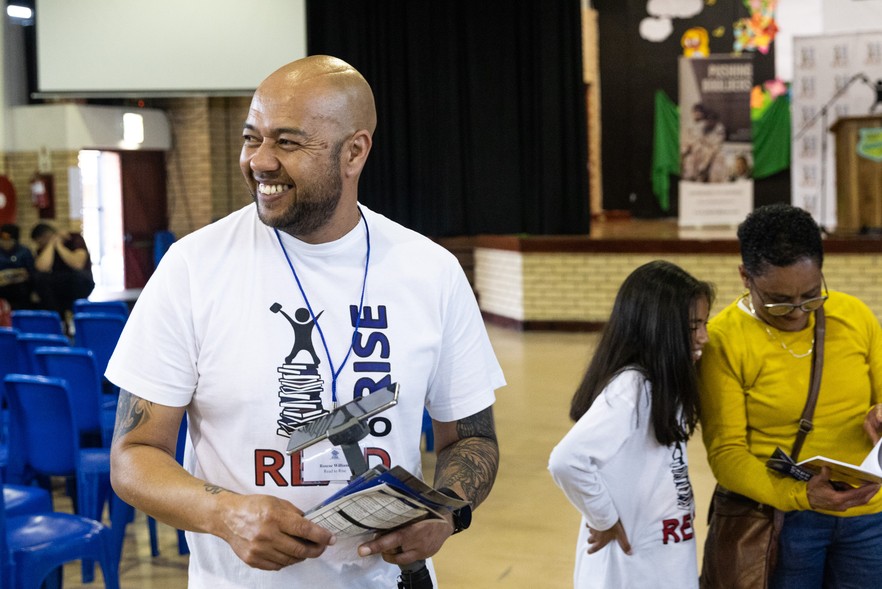 Roscoe Williams and his brother Athol Williams started the book festival in 2019 in a bid to “give our people in the community the opportunity to listen to these top authors,” he said.

One of the organisers, Roscoe Williams, told GroundUp that as a family they often went to book festivals and realised that these festivals were not accessible to everyone.

Williams and his brother Athol Williams made the decision to bring a book festival to the Cape Flats. He said that the literacy rate in poor communities is “shocking” and that “we need to expose our communities to events like this”.

Williams said that one of their goals is to “give our people in the community the opportunity to listen to these top authors”. Williams, who grew up in Mitchells Plain, said this is “our way of giving back”. He hopes this will become an annual event and in the future host more local artists and writers. 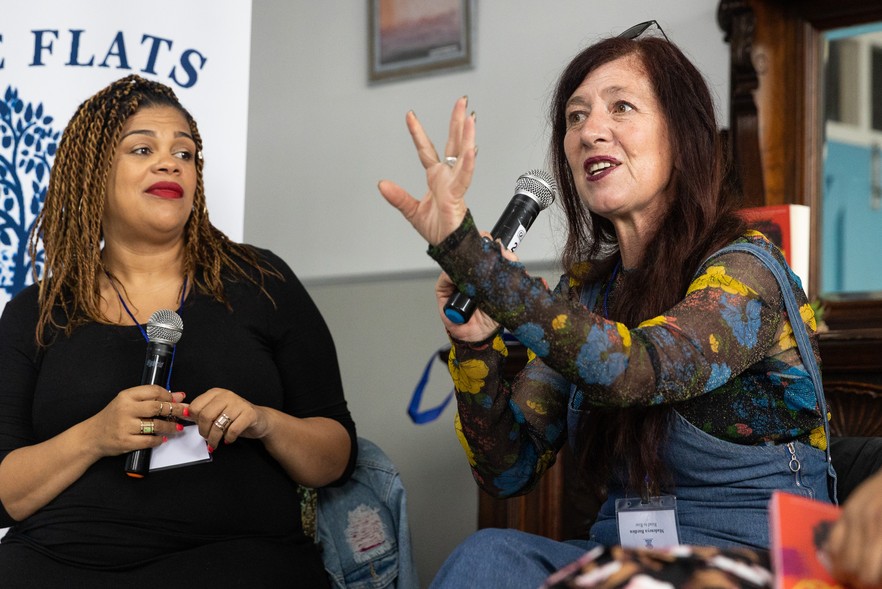 During one of the sessions, Sara-Jayne Makwala King spoke to authors Melinda Ferguson and Shana Fife. Ferguson, who writes about her experiences with drug addiction, said that while she was writing her first book Smacked she thought “it was the worst piece of shit that was ever written” and was surprised when it became a bestseller. 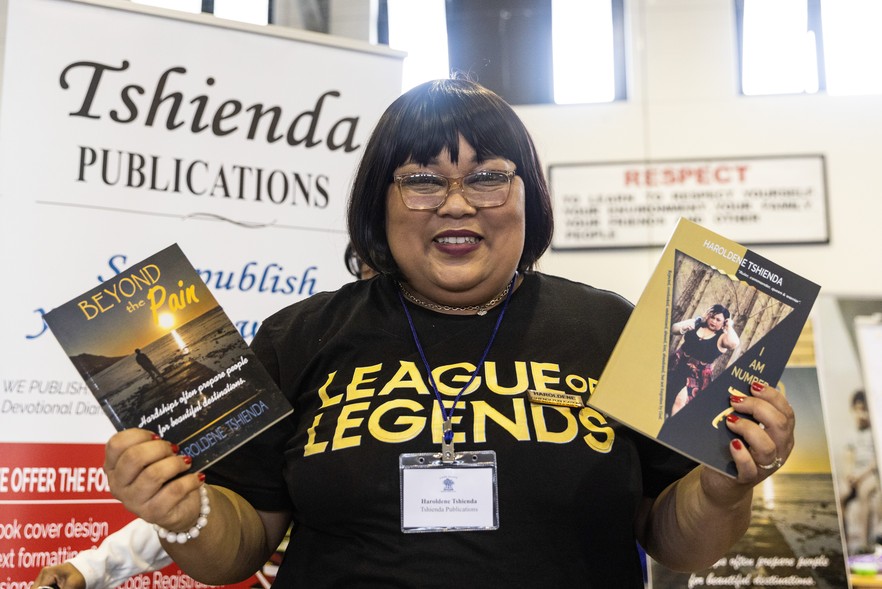 Poet Haroldene Tshienda had some of her books on display during the festival. 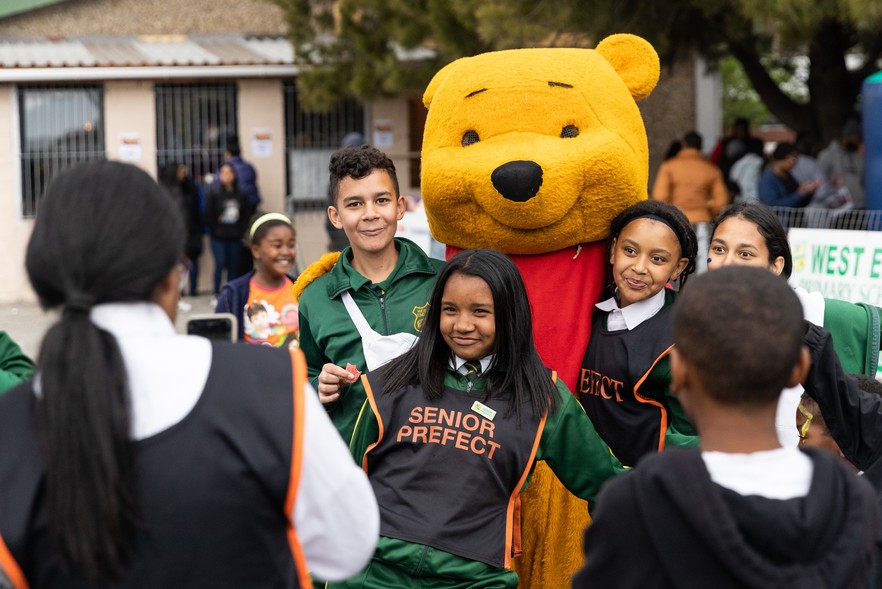 More about Arts and culture