City of Cape Town says cause is probably growth of algae 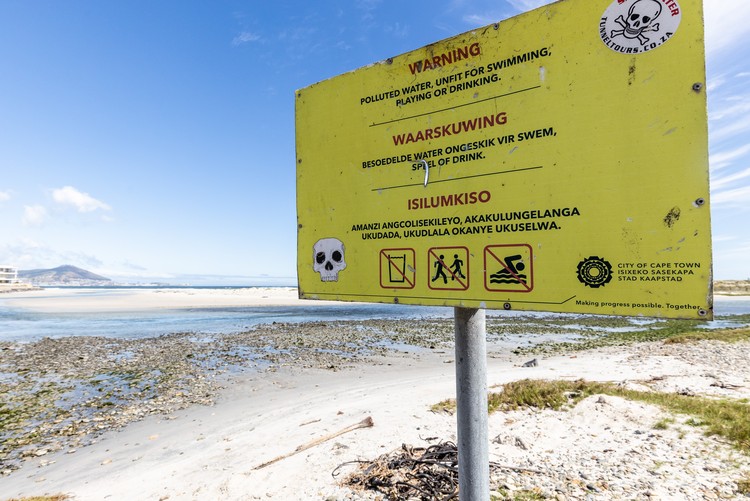 A recent fish die-off in the sewage-polluted Milnerton Lagoon was probably the result of growth of algae which depleted the oxygen in the water, says the City of Cape Town. Photo: Ashraf Hendricks

A recent fish die-off in the Milnerton lagoon was probably caused by rapid algae growth in the sewage-polluted estuary, the City of Cape Town said last week. This is the second fish die-off this year.

The die-off was probably caused by depleted oxygen levels in the water caused by the growth of algae, according to City spokesperson Luthando Tyhalibongo, but he said the City is not entirely sure. “Nutrient loading that has built up in the system over many years is also a significant problem,” he said.

The draft Diep River Estuary Management Plan, outlining the City’s priorities to tackle the pollution issues in the estuary, is still to be finalised.

The Diep River, which flows into the Milnerton lagoon, has suffered prolonged pollution from the Potsdam wastewater treatment works. The draft plan describes the E. coli as “high and increasing”.

Inland water quality results from the City show that Diep River has fallen consistently below the City’s E. coli target. While the overall water quality improved from June to August by about 16%, the most recent results from August show that E. coli levels in the Diep River are still far more than the City’s risk threshold of 4,000 E. coli CFU/100ml, particularly in samples taken close to the Potsdam works.

The City is planning to upgrade the failing Potsdam works and the upgrade of R2.2 billion will be complete by 2026. Tenders for these upgrades were closed earlier this year.

Ferrial Adam of the Organisation Undoing Tax Abuse (OUTA), which has been challenging the City on the pollution issue for years, said the upgrades will take too long and low quality effluent will continue to be discharged into the Diep River until 2026.

Adam said that during a site visit to the Diep River estuary at the end of September City officials had said the effluent quality should be improving, but the fish die-off had shown that this is not the case.

In the draft plan the City outlines priorities for improving water quality and managing the declining ecological state of the estuary. In the plan the City notes that water quality in the Diep River has declined due to a number of things: low quality effluent from Potsdam, sewer spills from pump stations, urban run-off from stormwater drains, and informal settlements upstream. In 2020, there were 122,000 sewer spills in the Diep River.

Tyhalibongo said that the City is committed to resolving the issues in the Diep River and Milnerton Lagoon but that there are “no quick or single solutions”.