Long-awaited, it is expected to be passed next week 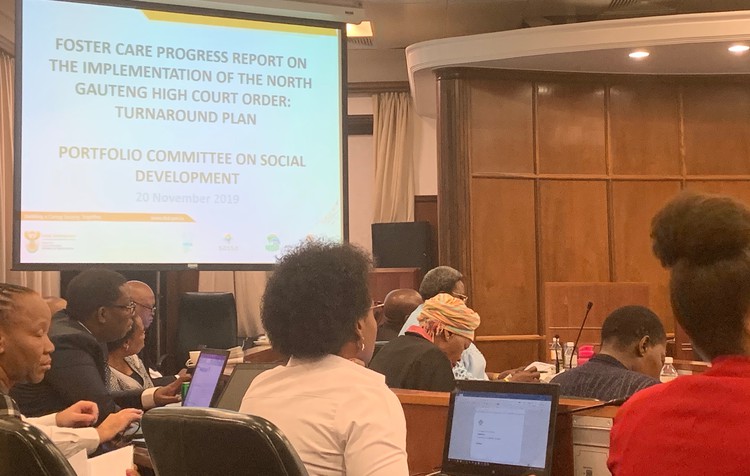 A full sitting of the National Council of Provinces is expected to pass the much needed Social Assistance Amendment Bill next Wednesday. This is a photo of the previous meeting in November 2019. Archive photo: Karabo Mafolo

A long-standing crisis in the foster care system could soon be averted with the introduction of the Social Assistance Amendment Bill which was passed by the National Council of Provinces’ Select Committee on Social Services on Wednesday.

The amendment bill was first passed by the National Assembly on 9 June. Among other powers, the bill gives the Ministers of Social Development and Finance the ability to top-up grants for people caring for foster children. This top-up will be done similarly to existing SASSA grants such as the child support grant. Previously would-be foster care grantees were required to be investigated by social workers and receive a court order before the grants were approved. People caring for foster children can now apply to SASSA directly for the grant.

GroundUp has previously reported on the mounting backlog of foster care grants and placements which dates back to 2011, when the Centre for Child Law first approached the North Gauteng High Court for relief after 120,000 orphaned children lost their grants. This crisis came about due to social workers and the courts being overburdened, and unable to extend foster care court orders in time. Each foster care case had to be renewed in court every two years, and each case needed to be verified by a social worker.

In 2011, the Centre for Child Law won a settlement with the Minister of Social Development which was made an order of court in the North Gauteng High Court. The order required the Minister to “design and implement a comprehensive legal solution to the foster care crisis”. The deadline was 2014, but repeated failure by the department and parliament meant that this order had to be extended in 2014, 2017, and again in 2019. The court order expires in November.

In June 2020, Department of Social Development spokesperson Lumka Oliphant, spokesperson said that the lockdown had further delayed social workers’ capacity to extend foster care orders through the Children’s Courts. At the time there were about 129,136 foster care orders “deemed to be valid” until 26 November 2020 which need to be extended before this date, said Oliphant.

The bill will now need to be passed by a full sitting of the NCOP, which is expected to happen on 14 October. Then it will be signed into law by the President, after which the Department of Social Development will gazette its regulations on the Bill. These regulations will provide the precise amount of the top-up grant as well as precisely who will become eligible to apply for the grant.

At the virtual sitting this week, mandates in support of the amendments to the bill were handed in from each province. Committee chairperson Maurencia Gillion said: “The amended bill is of such importance, and will make life so much easier for the poorest of the poor, as it will assist us in assisting the poorest in foster care. It was a long process, a long journey, but today we can say we made it.”

The passing of the Social Assistance Amendment Bill is however just one part of the court ordered “comprehensive legal solution” to the foster care crisis. On Tuesday, the Portfolio Committee on Social Development was also briefed by the department’s legal team on the amendments.

Next:  “You looted R5 billion and told us to dance to Jerusalema” say striking workers