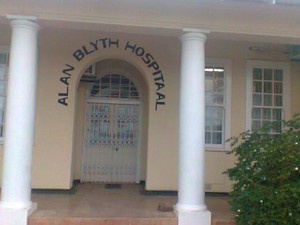 How a rural hospital has become a model of good care How to break the backlog in primary education The strike wave and what it means

The International Monetary Fund (IMF) said last week that if South Africa wants to achieve higher growth and cut unemployment “a social bargain” is needed that would pull together trade unions, business and the government to implement the NDP (National Development Plan). It also suggests that trade unions moderate wage demands and that the State implement its massive infrastructure spending plans. The IMF flagged "escalating labour tensions" as a "key domestic risk". Greyson and Loubani on hunger strike: How you can help them

It's now nearly 50 days since Toronto filmmaker John Greyson and London, Ontario Doctor Tarek Loubani were arrested by Egyptian police while on their way to Gaza. They are on the 16th day of a hunger strike against their treatment and detention without charge. Human rights work is not about the fees

The debacle around Dali Mpofu's fees at the Farlam Commission is an important moment. It is now 20 days since Toronto filmmaker John Greyson and London, Ontario, doctor Tarek Loubani were arrested by Egyptian police while on their way to Gaza. How to reduce the fuel price and grow the economy

Today the fuel price goes up 32 cents per litre. This means diesel, which drives our big trucks that distribute food and other goods across the country, will be over R13 a litre. Commuter transport will become more expensive as will the price of paraffin used by by the poor for cooking and lighting. Don’t be fooled: Zimbabwe’s land reform is no success

It is election day in Zimbabwe. This is a good day to reconsider the Zimbabwean land reform experience and what to make of it, especially as we consider what should be done about land reform in South Africa. What should be done about land in South Africa?

I think about land matters quite a bit, especially now that I’m living on a small holding in the Karoo. In 1999, I was invited to make a video showing the "challenges" (yes that was still an acceptable word back then) of land reform in the Free State. Transformation by quota is barking mad

Jack Lewis argues that government's transformation plan is based on identity politics and is misguided. He asks people on the political left to speak out against it. Why we should support social movements

This week I finally signed up as a donor to Equal Education. I'd been meaning to do it for a long time. Small as my contribution is I'd like to urge all who can afford even R20 per month to start supporting the social movements. Here's what motivated me to finally sign that debit order form. BRICS has come and gone. It has been driven from the headlines by Jacob Zuma using the hopes and aspirations of the millions who vote for the ANC as a means to enrich his narrow circle of crony capitalists through misuse of the SANDF in the Central African Republic. But before the memory of BRICS fades, let's remember the B in BRICS is for Brazil, a country with which South Africa is often compared. Unions must take campaign for global minimum wage to BRICS

This is the first in a series of articles by Jack Lewis which puts forward ideas to start a discussion on the need for a programme which can unify the work which many great campaigning organisations are doing. Expect another hike in the price of petrol, diesel and paraffin in October. This is because the price is staying above $110 a barrel and the rand is weakening.