Why GroundUp is taking the Legal Practice Council to court

Matter is scheduled to be heard on Monday, 7 November Thursday 10 November in Johannesburg 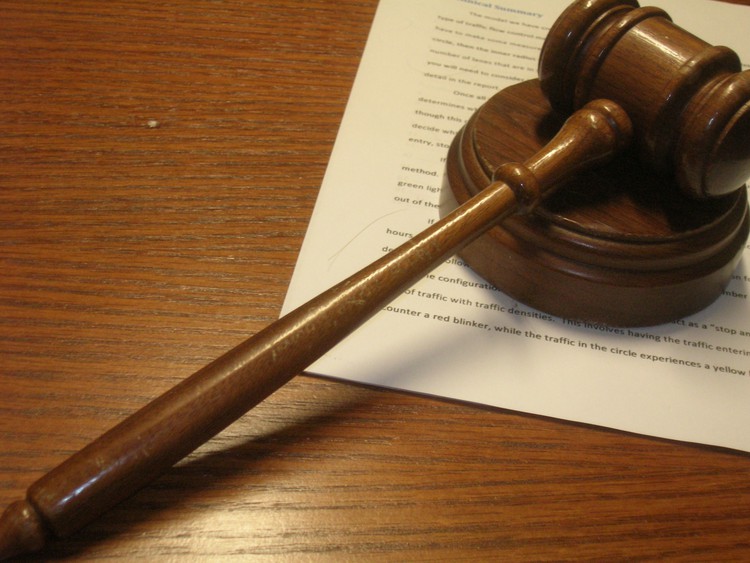 The Legal Practice Council is supposed to regulate the conduct of lawyers. Photo: Brian Turner via Flickr (CC BY 2.0)

GroundUp runs a question and answer service for our readers. After Home Affairs and the South African Social Security Agency, the institution we probably get the most complaints about is one few people have heard of: the Legal Practice Council (LPC).

The LPC is responsible for “regulating the professional conduct of legal practitioners”. Basically, its job is to make sure lawyers behave.

The letters from our readers, complaining about crooked lawyers, indicate that the LPC has been failing to do its job. Last year, in a scathing ruling, the Western Cape High Court directed the LPC to investigate its systemic failures.

This institution is hopelessly inept, or worse. Here is why GroundUp has had to take it to court.

In May 2021, in an editorial, we wrote about Lesley Ramulifho, the dodgy lawyer against whom the LPC failed to take any action. This is what we said:

We have run many stories exposing Ramulifho as a Lottery crook. In response to our stories, which for well-grounded reasons we consider entirely accurate, Ramulifho lodged court papers to try to get us to take down articles mentioning his name.

But in doing so, Ramulifho used forged documents in his court papers. Here is one example, a fake FNB bank statement that Ramulifho included to try to prove that he had not misused lottery money: 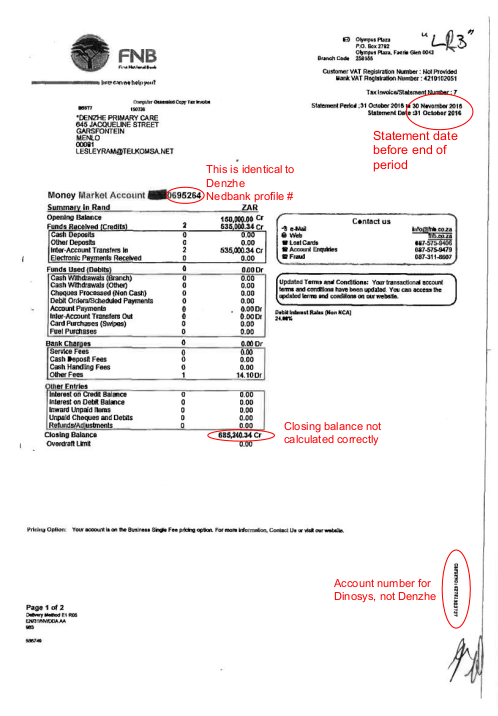 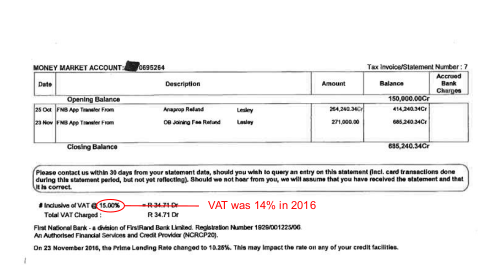 You don’t need to be an accountant to see that this statement is a forgery. For example, the numbers don’t add up and VAT is set at 15% even though it was 14% at the statement date.

There are other examples, no less serious, but the one above is stark and easy to understand.

We complained about this and other forgeries to the Gauteng LPC. It should have been a slam dunk. The LPC should have investigated properly and then have convened a disciplinary hearing whose outcome should have prevented Ramulifho — subject of course to any conceivable excuses or explanations he may have advanced — from practising law.

There appears to be nothing complicated, no extenuating circumstances, and no excuses for what Ramulifho did. On the face of it there is this, and only this: one of the worst things a lawyer can do is fabricate documents, under oath, in court papers. (Ramulifho should also be charged and prosecuted. We laid a charge to this effect — we are awaiting action by the police and NPA.)

Instead, astoundingly, the LPC’s investigating committee dismissed our complaint, without sending it to a disciplinary hearing. A Mr Y Mayet was the committee which ruled in Ramulifho’s favour, saying GroundUp did not prove its case. The effect of his ruling would appear to be that lawyers can commit forgery in court papers and face no discipline.

The LPC has an internal appeal mechanism established by law. When we tried to appeal, the LPC told us that this was not possible because an appeal tribunal has yet to be established, two years after its inception. This left us with no recourse other than to ask the Gauteng High Court to review the LPC’s decision.

Mr Mayet’s ruling is wrong. He handled an investigation as if it were a trial. That this matter was not investigated and never went to a disciplinary hearing is an injustice. That we were unable to use the LPC’s internal appeal mechanism is disgraceful.

Since then there have been some positive developments. The LPC has a new board that may be more committed to its job than the previous one. A Legal Services Ombudsman, retired Judge Siraj Desai, has been appointed though it is unclear if his office is active at this point. Also, the LPC is not opposing our court action; only Ramulifho is.

As a news agency, we are more comfortable as the respondent in court cases than the applicant. But we could not stand back and allow an attorney to forge documents in his case against us.

Next week’s case is important because we are hoping to get the court to send a clear message to the LPC that it is failing to hold the legal profession to account, and that it must take steps to rectify this.

The case will be heard on Thursday 10 November at 10am in Johannesburg before Judge Yacoob.

Next:  Learners with disabilities must get a place in school