Learners with disabilities must get a place in school 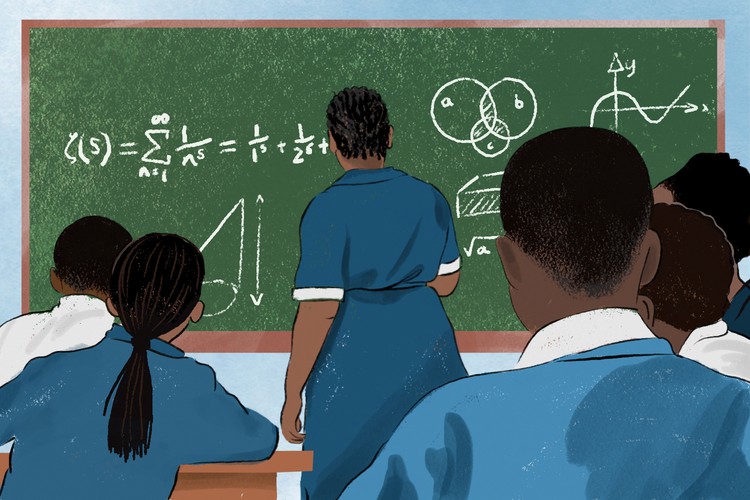 With the right support, learners with disabilities can learn alongside their peers. Graphic: Lisa Nelson

The school admissions process for 2023 has started in the Western Cape, Gauteng, Limpopo, and KwaZulu Natal, and it’s an exciting time for many learners as some start school and others enter new grades. But for thousands of learners with disabilities, it’s a time of stress as they try to find a place in school.

Learners with disabilities are still being denied access to basic education in South Africa.

Yet section 29(1) of the Constitution unambiguously affirms that “everyone” has a right to basic education, including adult basic education. This means that children should be let in and not left out, as an Equal Education Law Centre (EELC) report shows. But an estimated 600,000 children with disabilities have never seen the inside of a classroom. This is the result of violations which assume different forms.

The admission processes prescribed by the Department of Basic Education are exclusionary and, in essence, discriminatory. Schools often decide whether they are willing to (as opposed to able to) accommodate learners with disabilities. In some cases, schools make the final choice on admission of learners, which is often arbitrary. As a result, for most learners with disabilities, access to basic education remains a dream deferred, and possibly a dream denied.

In the Lettie Hazel Oortman v Thomas Aquinas Private School case, the Mpumalanga Equality Court held that schools must make every reasonable effort to accommodate the varied needs of learners with disabilities. The Equality Court interpreted section 12(4) as an inclusionary mechanism that seeks to ensure accommodation of learners with disabilities within an ordinary school set-up.

But in spite of the legislation, learners with disabilities still face challenges when they seek a place in school. And if they are fortunate enough to enrol at ordinary schools, they are often later transferred to special schools without any attempt to reasonably accommodate and support them as envisaged by the Schools Act.

The advice clinic at the Equal Education Law Centre (EELC) works with many parents and caregivers whose children with disabilities are denied access to ordinary public schools or remain on long waiting lists for a place at a special school.

GroundUp has reported the story of Cikizwa Ntlali. The teenager’s father approached the EELC for assistance with the placement of his child. She was left paralysed after medical treatment for a spinal condition, and she now uses a wheelchair. Cikizwa remained at home unable to learn while waiting for placement at a special school. We have learnt that she has been placed at Vukuhambe Special School, which is about 220 km away from her home. Section 12(4) of the Schools Act seeks to avoid this sort of case where a learner with disabilities must travel long distances to receive basic education. Cikizwa should be able to attend an ordinary public school closer to her home, where the Eastern Cape education MEC should be ensuring that her education needs are met.

Another father approached the EELC for advice after his autistic child was “pushed out” of an ordinary public school due to his disability. The school informed the father that they were no longer able to accommodate the learner’s educational needs. When the EELC intervened, it was agreed that the learner would remain at the school with assistance from the school, district, and provincial education department. A few weeks later, the father informed the EELC that his child was happy and doing well at school.

Learners with disabilities can flourish and learn alongside their peers when the barriers which they face are removed and they are supported. Part of the lesson to be learnt from the success of this autistic child is not to underestimate a child’s capabilities. We should not insist on placing children in special schools if they can learn in an inclusive school system, with the provision of adequate support.

The barriers to learning for each learner may be different, and individual assessment and support is pivotal. A support-needs assessment must be undertaken to determine what the learner needs, in accordance with the Department of Basic Education’s Policy on Screening, Identification, Assessment and Support.

The practice of referring learners to special schools instead of supporting them in inclusive schools contributes to the long list of learners awaiting placement at special schools. As a result, learners with disabilities wait at home without access to basic education, sometimes for years.

Learners should have the opportunity to learn and develop in an inclusive environment free of discrimination. Later on in life, persons with disabilities are further stigmatised and disadvantaged when they have to navigate workspaces and society after years of unnecessary marginalisation and exclusion. Why separate learners with disabilities for 12 years of their lives when they can grow and learn with their peers in an ordinary school with the provision of adequate support?

The EELC report on the implementation of the law and policy on inclusive education over the last 20 years makes recommendations for regulatory reform to ensure that all children realise the right to an inclusive, equitable, and quality education. These recommendations include identifying learners who are not in school and finding places for them. The report recommends that the Department of Basic Education develop a comprehensive and time-bound plan for identifying, mobilising, and enrolling out-of-school children with disabilities to ensure that it happens. This would require an assessment of each learner’s needs for support at an ordinary school or, as a last resort, a special school. True inclusivity demands this, and it cannot be achieved by placing all learners in special schools.

Supporting learners with disabilities to attend their neighbourhood school with their families and friends not only benefits the learners. It also contributes to the development of an inclusive society.

Piliso is a Candidate Legal Practitioner at the Equal Education Law Centre. Views expressed are not necessarily those of GroundUp.

Previous:  Why GroundUp is taking the Legal Practice Council to court