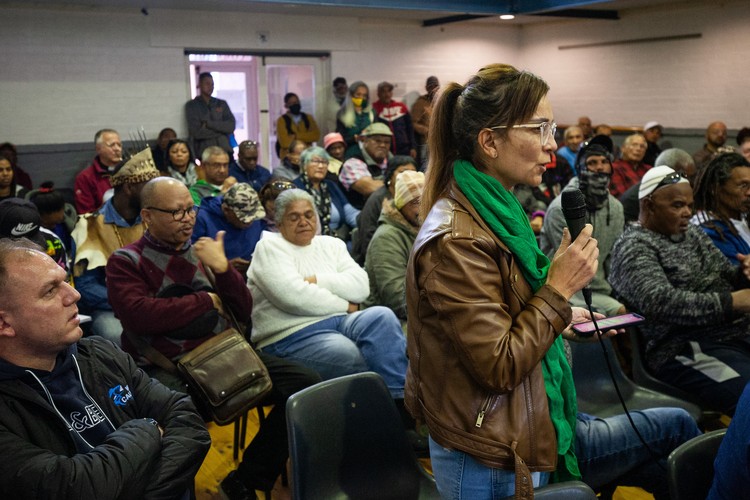 Fishers on the West Coast and in Cape Town have called for the Fishing Rights Allocation Process (FRAP) to be scrapped and restarted, after many failed to get 15-year fishing rights.

Over the last week, meetings have been held with fishers in Kalk Bay, Saldanha Bay, Hawston and Mossel Bay, convened by ANC leader in the provincial legislature Cameron Dugmore and other officials. Dugmore said the meetings had been called after numerous complaints from fishers whose rights applications had not been approved for FRAP 2021-22. Some were previously rights holders and some were new entrants.

Dugmore said the fishers’ concerns would be sent to Barbara Creecy, Minister of Forestry, Fisheries, and the Environment.

Several fishers at the meetings in Kalk Bay and Saldanha Bay called for the whole process to be scrapped and restarted. Many also raised concerns about the high costs of applying. Others said coastal communities who had fished for generations were not sufficiently taken into account.

Applicants have until 29 July to submit appeals if they were unsuccessful.

“This is a very serious issue,” said Dugmore. “If you are not successful, it means for the next 15 years you don’t have fishing rights.”

Dugmore said very “big and established companies” did not seem to be complaining but smaller companies and fishers had raised many concerns. He said that the minister had no choice but to set aside the current application process.

Unsuccessful applicant Nicolette Weitsz said during the meeting in Kalk Bay that fishers were charged “astronomical fees”. For instance, in the category Hake Deep Sea, the application fee was R40,000. Only two entirely new entrants were successful. Weitsz said fishers should have been told that only a limited number of applicants would be awarded rights. In the category of squid, for instance, no new rights were awarded.

Weitsz also said applicants had not been sent all the information on their unsuccessful applications which they would need in order to appeal.

“FRAP should be scrapped and restarted,” said Weitsz. She said current rights holders and successful new applicants should be allowed to finish the year, and next year the process should be done again properly. “There are a lot of people’s livelihoods at stake,” she said.

Elmondo Paulse, a fisher from Saldanha Bay, said the high fees were designed to exclude the smaller companies from applying. “Some of these small-scale fishers had to borrow money to submit an application. Now they’re in debt again,” he said, noting that each application was non-refundable.

Jacobus Poggenpoel, who says his family has been fishing in Kalk Bay for more than 100 years and was a previous FRAP rights holder, agreed that the process should be scrapped. He used to hold rights for pilchards and anchovies, and for hake longline fishing, but has been unsuccessful this time.

Poggenpoel said that the application process was designed for bigger companies. “How can the smaller companies go up against the big companies?” he asked.

GroundUp reported in April complaints by Hout Bay fishers that most rights had been handed to bigger companies.

Spokesperson for the Department of Forestry, Fisheries, and the Environment Albi Modise said the department was aware of the concerns and unsuccessful applicants were encouraged to appeal. He said it was “premature” for the department to comment on the process until the Minister had considered the appeals. He said there had been technical errors with the online application system, but these had been fixed and the department had extended the application deadline to make up for this.

Modise said that 551 appeals had been lodged so far. “It is expected that the number will increase as the appeals period is still currently underway”.

Next:  New court challenge to decision to scrap Zimbabwean permits