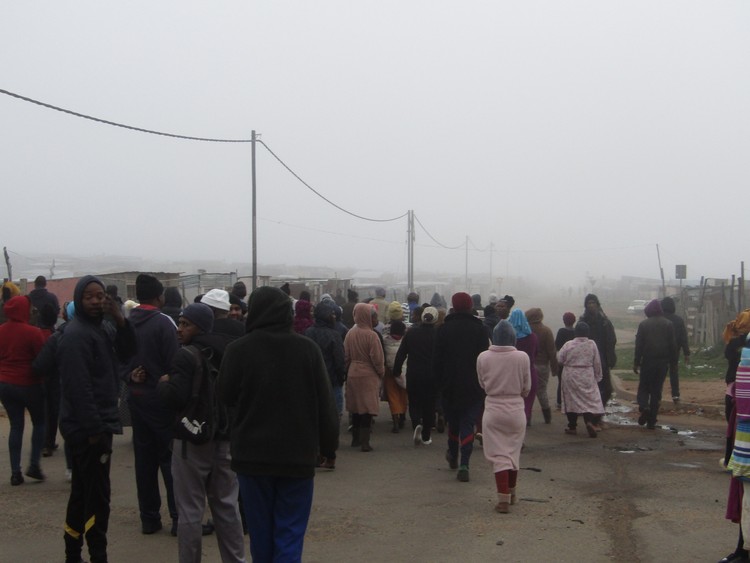 About 400 shack dwellers from Area 11 informal settlement, Gunguluza, took to the streets of Kariega in the early hours of Thursday morning. Several electricity poles were uprooted, and a car and truck were set alight. They were demanding electrification of the settlement.

Protesters said they will intensify the protest if Nelson Mandela Bay Municipality officials did not respond by 5pm with a date to meet and discuss plans to electrify the area.

In June, GroundUp reported on the area when protesting resident Nkosinathi Lukas died after an electrical pole uprooted during a protest fell on him. Area 11 is among 156 informal settlements in Nelson Mandela Bay that are set to be formalised as part of a council resolution of 30 April 2021. This process includes the installation of electricity.

On Thursday, protesters said they were tired of municipal officials not keeping their promises to set out plans for electrifying their shacks.

“Every year they do verification of our shacks, but when will they do the electrification of all of them? We are living in the darkness,” a woman shouted from the crowd that had gathered in heavy morning fog.

When Mayor Eugene Johnson and Shuling Lindoor of the municipality’s Human Settlements department communicated with residents after last month’s protest, they said only 500 serviced plots with electricity can be allocated. There are over 4,000 shacks in Area 11. Residents say Johnson then promised to host another meeting with relevant City departments and staff, but this is yet to take place.

Area 11 deputy development committee chairperson Luyanda Manyamu said the mayor had promised that senior municipal officials would meet Area 11 representatives about the electrification, to map the area and which residents would be allocated serviced plots.

“They have been playing hide and seek. We went to Uitenhage Town Hall yesterday and all of these officials did not honour our meeting. We have been quiet for a long time,” said Manyamu.

Ward councillor Sabelo Mabuda came to the protest with a security escort and left soon after. He promised to “knock on the doors” of officials meant to meet with residents.

Police spokesperson Captain Andre Beetge said officers will remain in the area and are monitoring the protest.

Our questions to the municipality and the mayor’s office were not answered at the time of publication. 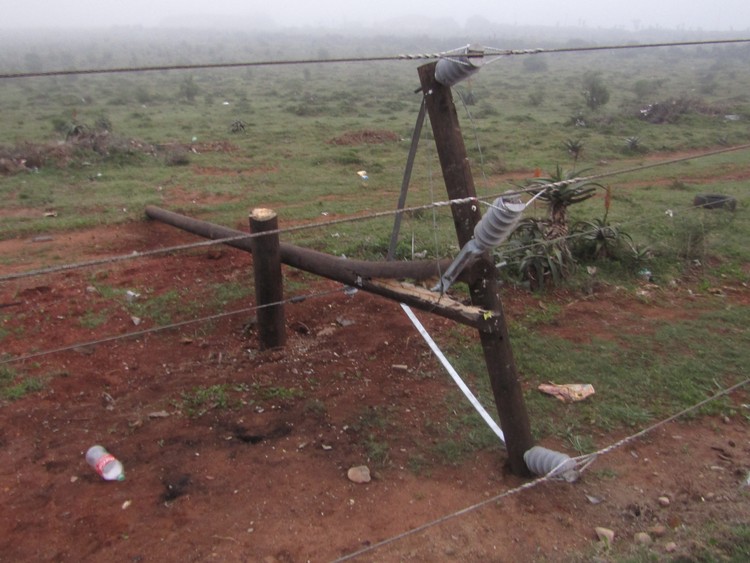 One of several electrical poles which were uprooted during a protest by residents of Area 11 in Gunguluza on Thursday.

Next:  Western Cape fishers want rights allocation process to be started all over again