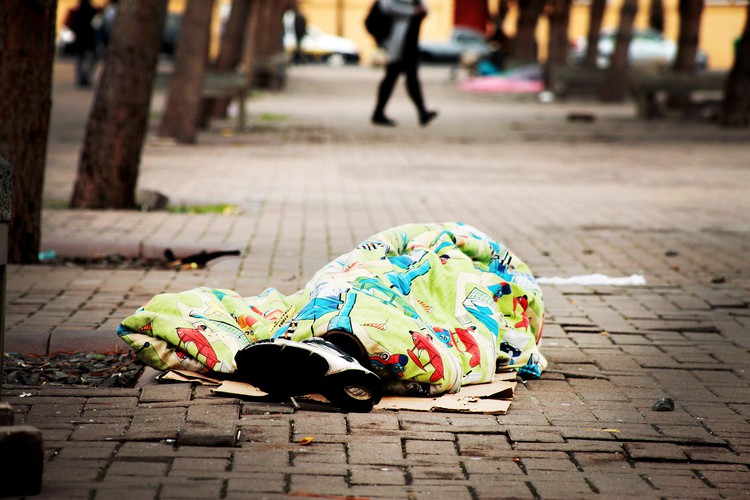 With the hospitality industry at a standstill, StreetSmart says it might no longer be able to support some of the organisations it funds to help children who live on the streets. Archive photo: Masixole Feni

StreetSmart South Africa usually raises R1 million a year to help street children. This year the organisation expects to raise only raise half as much.

StreetSmart is funded mostly through voluntary add-ons to hotel and restaurant bills (usually R5 a table). It had about 100 participating establishments.

Charities funded via the hospitality industry are an overlooked casualty of the Covid-19 pandemic, says StreetSmart which was founded in 2005. With the industry at a standstill, StreetSmart says it might not be able to support some of the organisations it funds to help children who live on the streets.

“So the initiative was going great but unfortunately because of the closure of restaurants, things dried up completely … The needs of the beneficiaries have not gotten any less, on the contrary, they have gotten a lot more, so it is very concerning to us.”

One of StreetSmart’s beneficiaries, Ons Plek in Mowbray, is a child and youth care centre that specialises in developmental and therapeutic help for girls who have lived, worked or begged on the streets of Cape Town. Director Pam Jackson said that at the moment they are spending the funds they received for 2020, which had already “dropped noticeably in 2019”, due to the bad economy.

“StreetSmart has funded us for so many years, and they are one of our most valued funders. This year we will report on the funding to StreetSmart as we do annually … But we do not expect to receive any [funding] next year, because of the situation.”

Jackson said they have lost R500,000, as other fundraising events, including one in Hong Kong, were also cancelled due to the pandemic.

“Without us, for example, you would see about 150 new girl children on the streets [of Cape Town] every year. We need to stay open to achieve the low levels of girls on the streets as we have done for years. Especially now, when we may lose all the gains we have made,” said Jackson.

Another beneficiary is the Pebbles Project which focuses on children in families in agricultural communities like Stellenbosch, Somerset West, Wellington, Citrusdal and Hermanus. Director Sophia Warner said that because of the pandemic they had to close their early childhood development centres and after school clubs.

StreetSmart is doing all it can to keep going and raise funds, says Heckscher. “About two months ago we started something which we call ‘Dine In. Do Good!’ where we encourage people to donate R5 per night as they have a meal at home and then make a donation at the end of the month to StreetSmart for R150 … That had a bit of success but not as much as we wanted,” he says.

He said many programmes StreetSmart supported used the funds for social worker salaries and reuniting children with their families.

“So right now we are focused on fundraising, looking at whatever options are available so that we can support our beneficiaries. So, please support our participating partners such as restaurants or dine in and do good. Whatever you do, this one’s for the children,” said Heckscher.

StreetSmart South Africa can be reached at www.streetsmartsa.org.za.

Next:  Mystery of R15 million Lotto funding in Limpopo deepens