Dam levels are rising and Day Zero in 2019 is unlikely, but for hundreds of thousands of people, the rains bring hardship

Cape Town’s much-needed rains have raised the dam levels to over 40% (as of 21 June), higher than at the same time in 2017 and 2016, but still lower than 2015. Day Zero is unlikely to occur in 2019. But while the rains are welcome, they are still a nightmare for hundreds of thousands of the City’s residents. On Monday Masixole Feni photographed flooding in informal settlements in Khayelitsha and Masiphumelele. 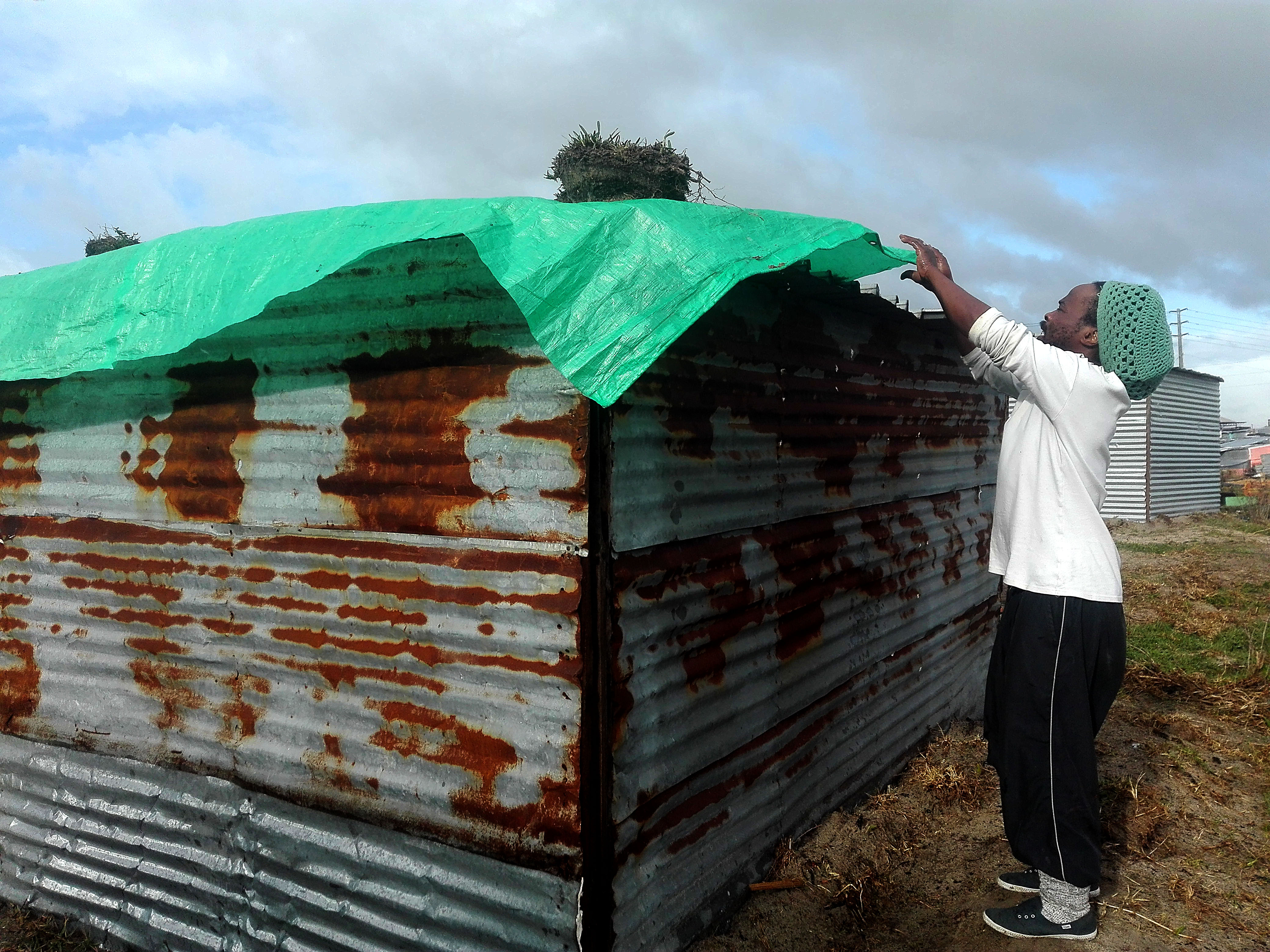 Bongani Gasela, who lives in Siyahlala Town 2, Khayelitsha, puts a plastic cover over his brother’s shack to protect it from leaks. Gasela has his own shack, but his brother was at work and so he is helping him. 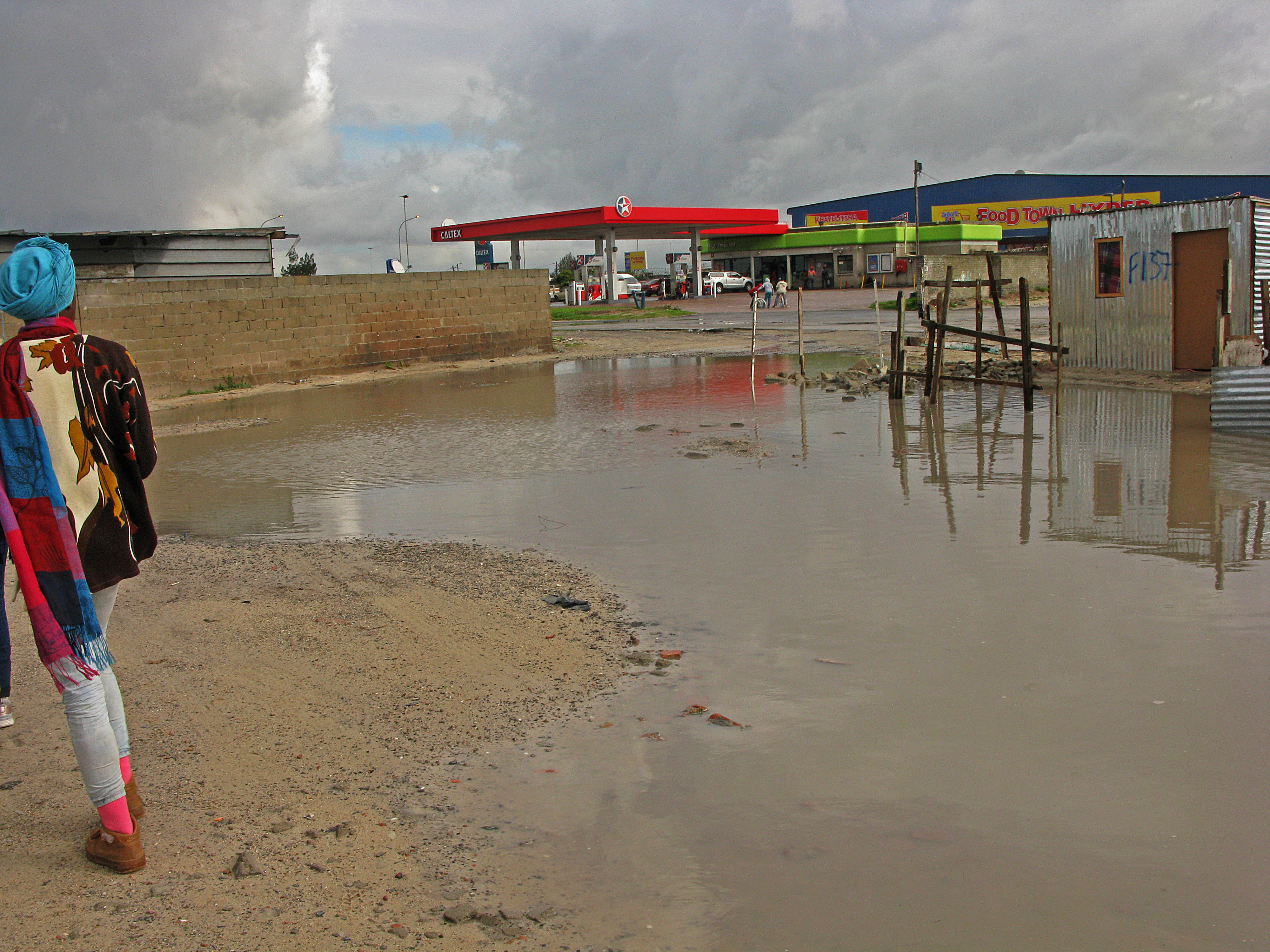 A woman walks past a flooded plain in RR Section in Khayelitsha. 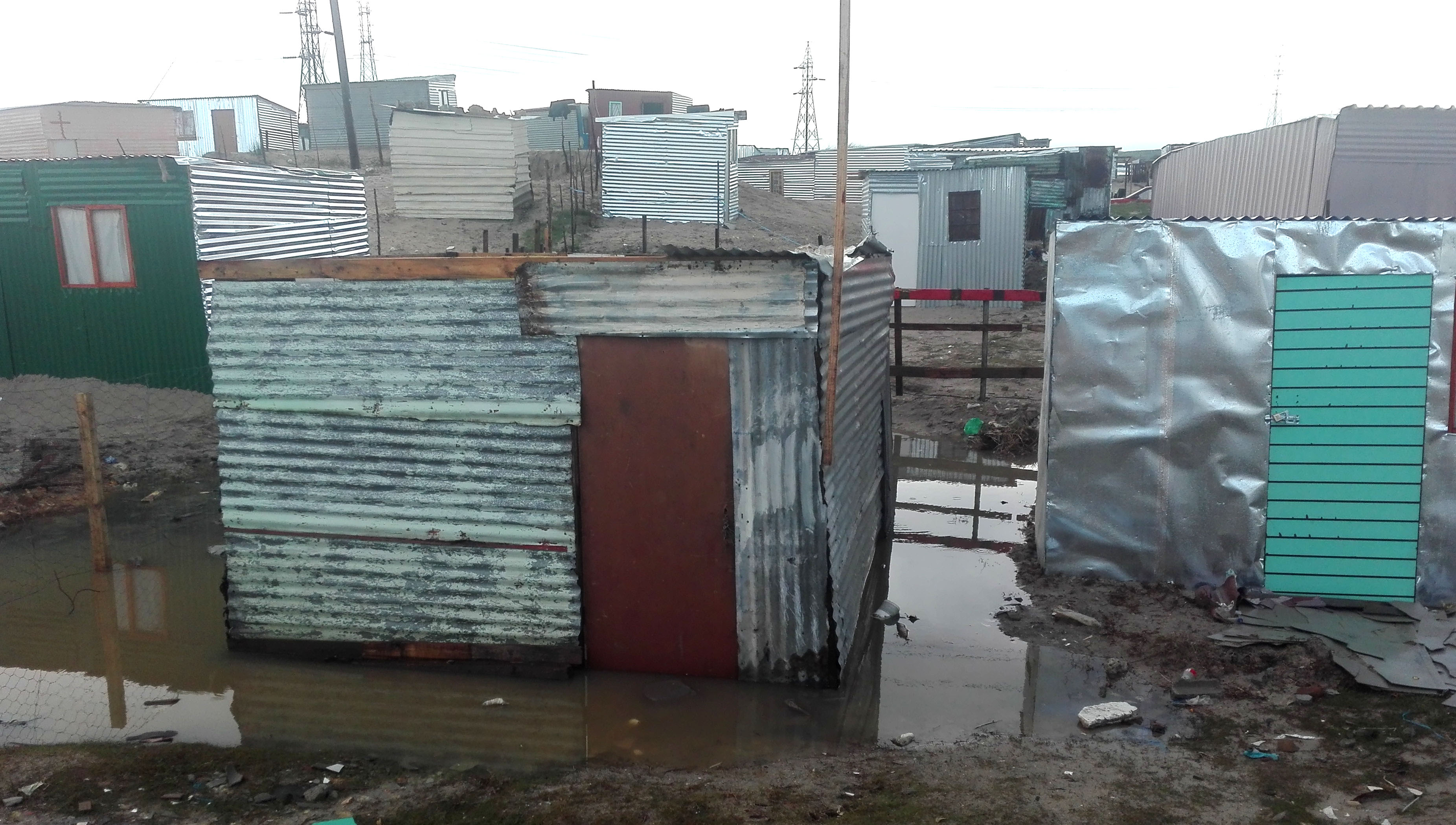 Neighbours said this home in Siyahlala Town 2, Khayelitsha was abandoned because the rain had flooded it too badly. 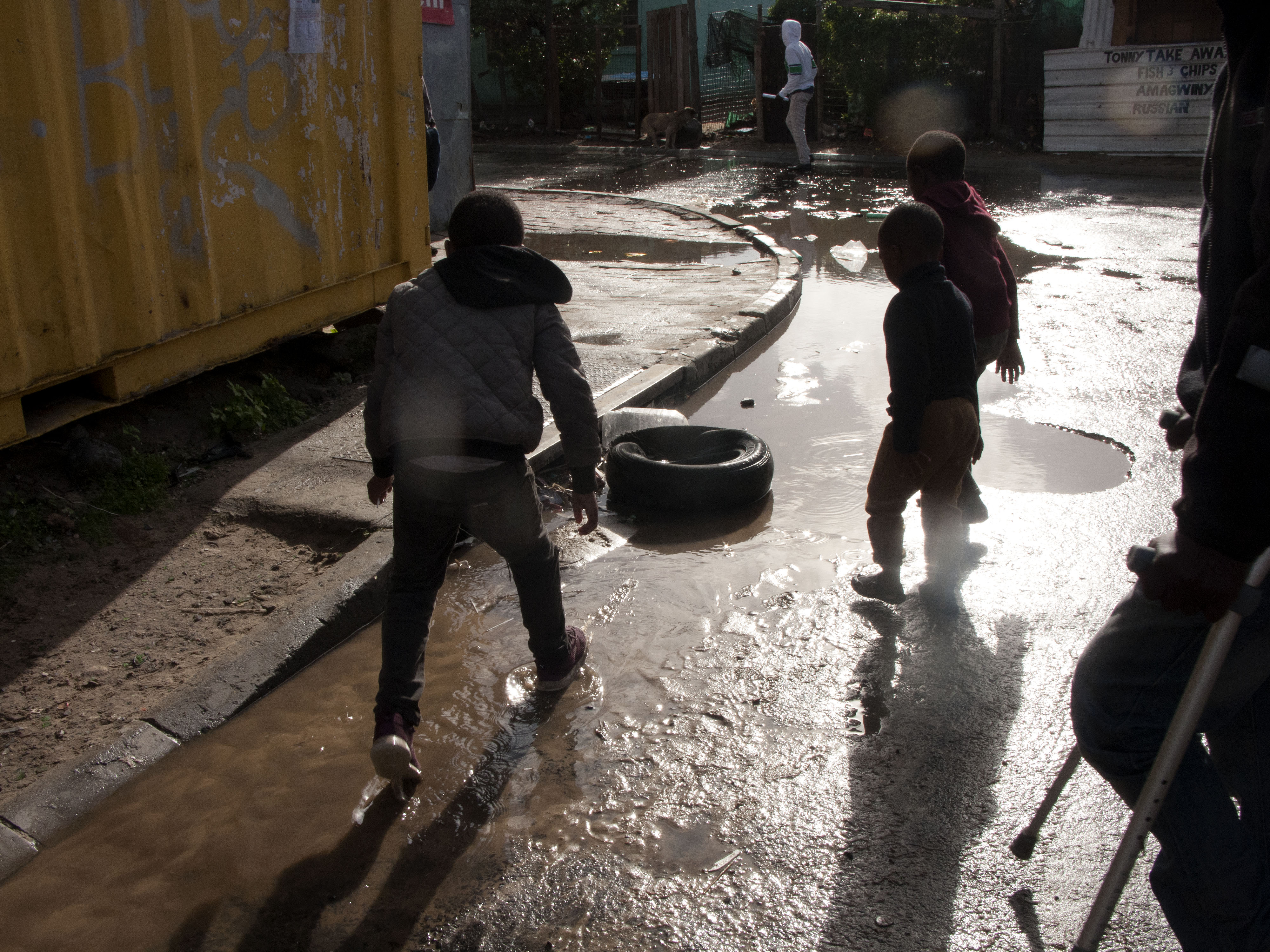 Children play in a pool of water in the road in Masiphumelele. 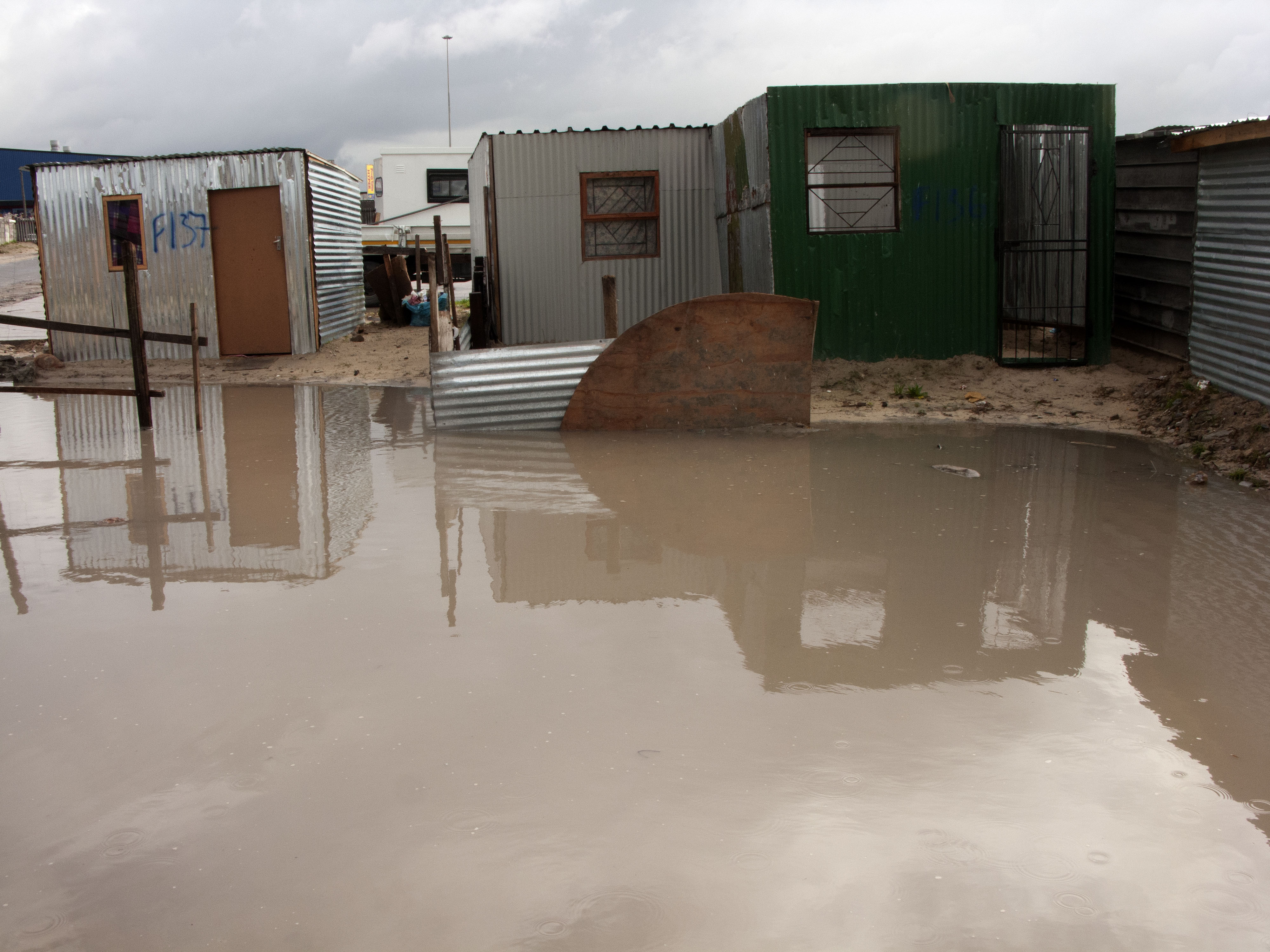 People are still living in these shacks in Khayelitsha even though there is a large muddy pool right outside their homes.