Some people came as children, now they bring their own children 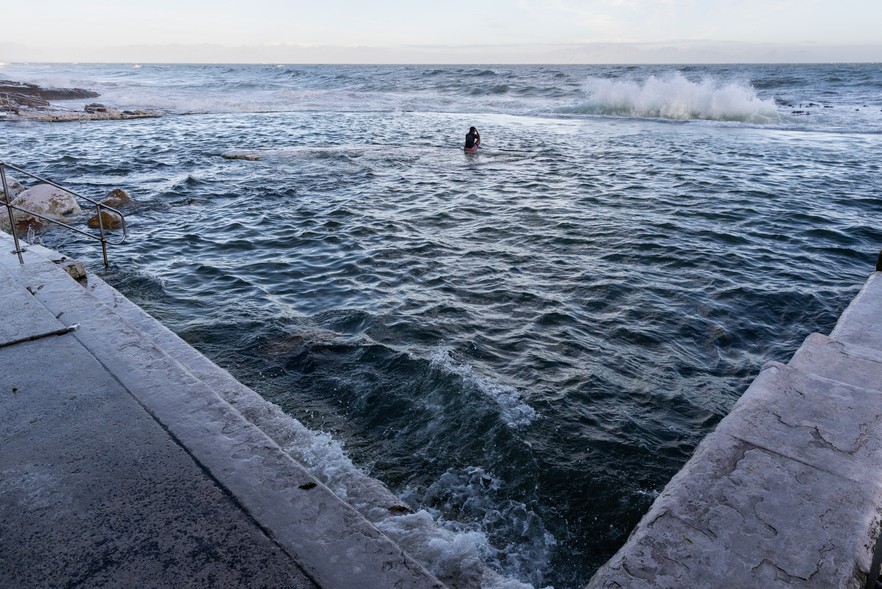 Waves break against the walls of Dalebrook tidal pool in St James.

It is a hot, Friday afternoon and Heather Solomon and her husband David are spending the last days of their summer holiday at the Milton tidal pool in Sea Point, with their eight-year-old grandson and some friends.

They chose this pool because Saunders Rock, another tidal pool about a kilometre and a half down the street, was too busy. Married for over 50 years and in their early 70s, they have been coming to the sea here for decades.

Heather grew up in Schotsche Kloof near the mountains. As a child she walked to the beach at Bakoven as that was the beach designated by the apartheid regime for coloured people. Sea Point was all white, she says.

David grew up in Silvertown, Athlone. In the early 1960s, he spent his youth in Kalk Bay. He remembers paying 2½ cents (a “tickey”) to ride a boat around the bay. When he was a child, David says, the family spent the entire day at Kalk Bay and slept underneath the bridge. They camped out with “four poles and blankets”.

Back then “the atmosphere was totally different”, he says, and there were families everywhere. David says at Easter, everyone shared their pickled fish and at Christmas, they would share watermelon. “We use to camp under the tunnels,” he says.

Today, they live in Bonteheuwel, far from the mountains and the ocean. It cost the three of them R84 for a bus and taxi to get to the pool.

“It’s pricey … and you must still have something to eat,” says David.

They prefer the tidal pools because it’s safer for children. “You can see where they are. You can see what they’re doing,” he says. 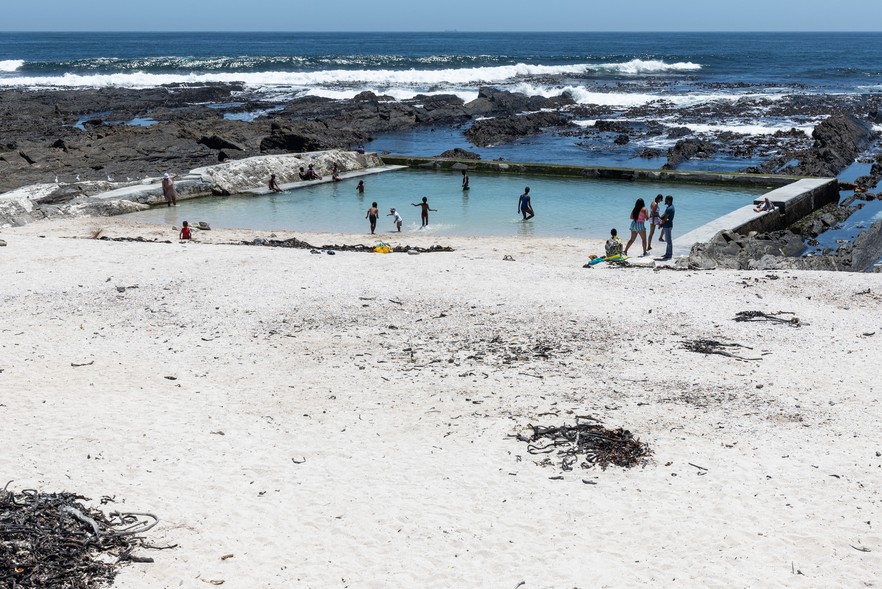 This summer many of the tidal pools on the Cape Town coastline had to be closed at various times because of pollution from sewage failures. According to the City of Cape Town, electricity blackouts at the pump stations are mostly to blame. 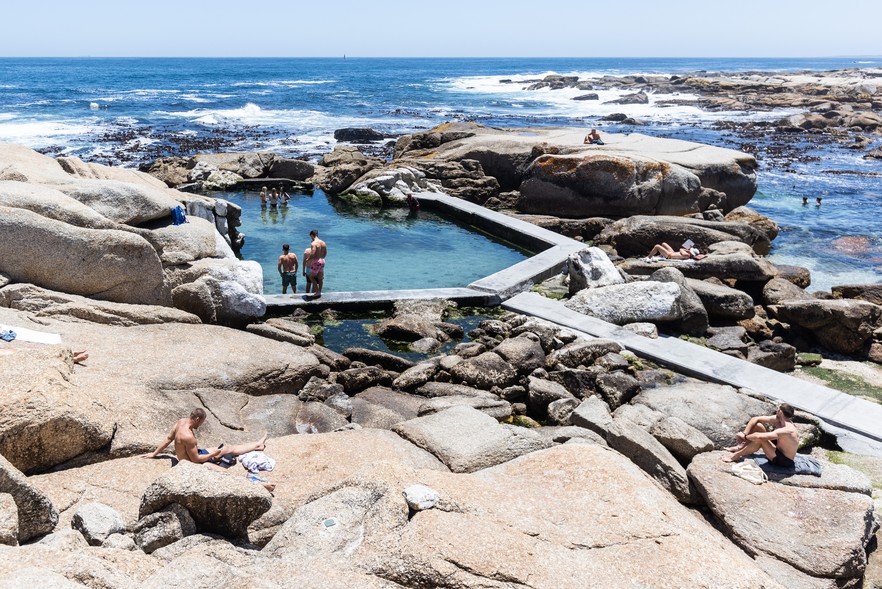 On the other side of the peninsula, Umar Ebrahim and Aqeel McKnight are deliberating over whether or not to get into the water at the Dalebrook tidal pool in St James. It is late afternoon, a chill wind is up, and waves are battering the outer walls of the pool. A bright yellow sign erected by the City of Cape Town reads: “WARNING: polluted water, unfit for swimming, playing or drinking.” But there are swimmers in the water who have either not read the warning or have ignored it.

Another sign, “Advisory on otters”, offers advice: keep a distance and do not touch or feed the otter. In all the years they have been coming to the pool, neither of the men have seen an otter. 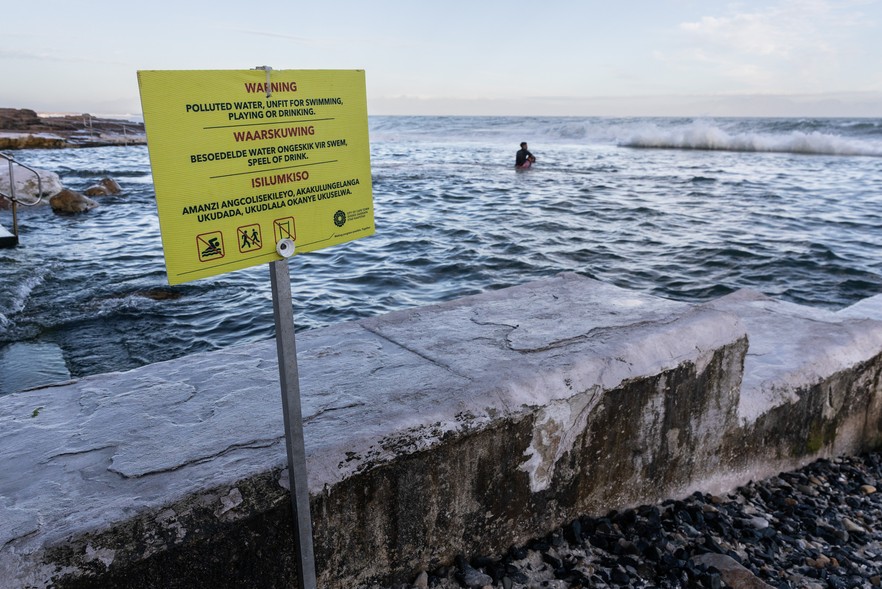 Swimmers were in the water in spite of a warning sign at Dalebrook tidal pool in St James.

Ebrahim says that he first came to swim at Dalebrook with his father when he was a child. Now 42 and a father of four, he brings his own children.

“They basically learnt to swim in this pool,” he says. “The waves are not so harsh. This is more relaxing”.

Sometimes Ebrahim snorkels at the pool. He says he has seen octopus and crab, and found coins and rings. He says that he feels connected to the pool – ”joined at the hip”. 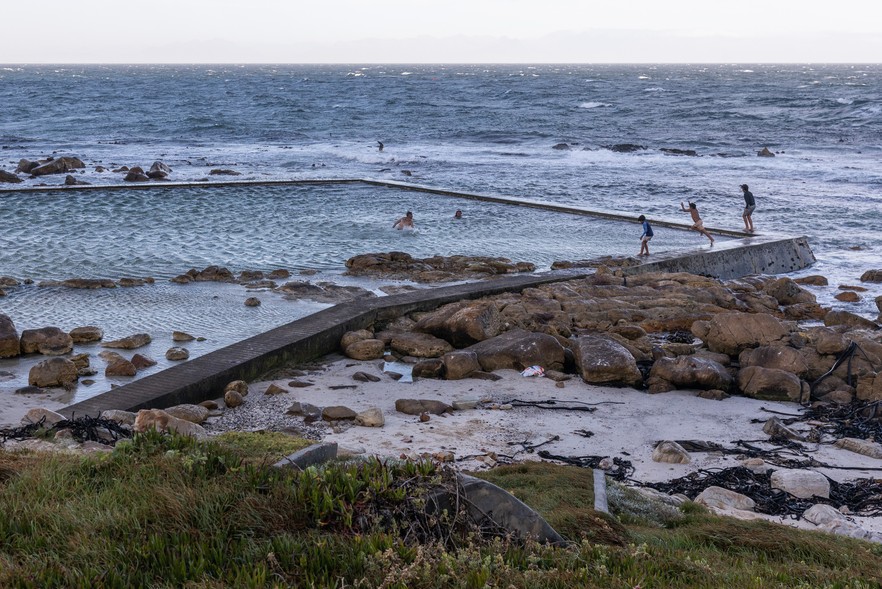 Next:  Stocks of snake antivenom are dangerously low, experts warn