This vaccine could save tens of thousands of South African lives each year, but we’ll only see it in 2030

Vaccines against TB are much slower to develop than Covid ones 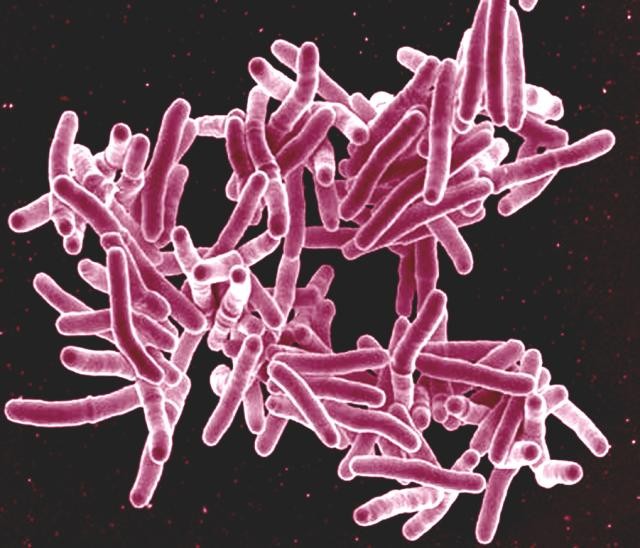 In 2019, the World Health Organisation (WHO) hailed the results of a candidate tuberculosis (TB) vaccine as a major scientific breakthrough. But years later we are not much closer to seeing the vaccine. Why do TB vaccines take so long to develop compared to Covid vaccines?

Trials of the vaccine, developed by GlaxoSmithKline and named M72/AS01E (M72), among more than 3,500 people suggested that two doses reduced the development of pulmonary TB disease by half.

In South Africa alone, such a vaccine would save tens of thousands of lives each year, and save billions of rands in direct and indirect costs from the disease. Between 2016 and 2018, it was our leading natural cause of death - an average of 29,000 deaths over those years according to Statistics South Africa, though the WHO’s estimates are double that number.

Globally, in 2020, the WHO estimated that 1.5-million people died from TB and nearly six million people fell ill with the disease or had a relapse.

Effective Covid vaccines were developed, tested, and used within a year of the disease’s appearance.

So why are we still waiting for M72’s next step?

A further large trial is needed to confirm the safety and efficacy of the M72 vaccine so that it can be approved by regulatory authorities. But this trial has not yet begun.

The TB trial process take much longer than for Covid in part because TB is a slower moving disease. TB takes years for an infection to turn into the deadly disease that affects the lungs of the patient.

This factor alone would justify the slowness if TB only emerged in recent years - but this disease has been around for thousands of years. The biggest impediment to faster progress is that investment in TB research is puny compared to the need.

It’s taking a long time to bring M72 to patients. Research on the vaccine started in the 1990s. The first small clinical trials, held from 2008 and results published in 2013, found that the vaccine was safe and seemed to work well. Further small trials in Cape Town, Switzerland and India pointed the way to further trials.

Then in 2014-5 over 3,500 participants across Kenya, South Africa and Zambia, took part in a new trial. Results published in 2018, found that the vaccine has 54% protection against active pulmonary TB disease.

But TB vaccine results are a waiting game - enough time has to pass for the researchers to be assured that the vaccine offers lasting protection.

This arrived with the final analysis published in 2019, which looked at how the vaccine performed three years after it was administered.

This was the first candidate vaccine to show protection against TB disease in a population that was sensitised to TB.

M72 meets the criteria set up by the WHO, which include:

The WHO is not targeting the prevention of TB infection that might be latent (a person is infected, but not sick or contagious), but of the disease itself. Latent TB is common in South Africa - between 34% to 88% of all people.

At the moment the only vaccine is the BCG vaccine, developed in 1921 by Albert Calmette and Camille Guérin. BCG is administered to infants in South Africa and has saved many from TB. But it only offers protection for at most 15 to 20 years, with no booster shots available, and offers little protection to adults.

At a meeting in Switzerland on 5 April 2019 hosted by the WHO, Dr Thomas Breuer of GlaxoSmithKline said the company intended to maintain proprietary control over AS01E, one of the key ingredients (see grey box) of the vaccine. And, he said, without external funds, the company would not be able to produce enough of this ingredient for M72, which is also used in a candidate vaccine against malaria.

Finally, in January 2020, more than a decade after the first clinical trial, GlaxoSmithKline licensed the vaccine to the Bill and Melinda Gates Medical Research Institute (Gates MRI), a subsidiary of the Bill and Melinda Gates Foundation. The institute’s goal in taking over the licence was to distribute the vaccine to low- and middle-income countries with high rates of TB.

Under this licence, the Gates MRI would lead vaccine candidate development and sponsor future clinical trials.

But according to a presentation on M72 from the Gates MRI published in 2021, a lot of work is still needed before new clinical trials can start. These trials are now due to begin in 2023.

Meanwhile, a trial of M72 on people living with HIV in South Africa began in 2020. Also, a massive observational epidemiology study which began in December 2021 is also underway. But neither of these is likely to lead to regulatory approval of the vaccine. The trial for that is only due to begin next year.

According to the Gates institute, this trial will take at least five years, and maybe even seven. About 20,000 people in sites across the world will be required - and will take massive funding, which Gates has guaranteed.

M72 is not the only vaccine being tested: the Gates institute is conducting trials for revaccination with BCG, due to end in 2026, and according to a 2021 report by the Treatment Action Group (TAG, a US-based organisation unrelated to South Africa’s Treatment Action Campaign), six other vaccines are currently in or about to start final trials.

But the Gates institute is concerned that these are not enough. Ideally, there should be many more candidate vaccines coming through and the institute is working with researchers in the field.

BioNTech, which developed the Pfizer Covid vaccine, announced in 2019 that it had received an equity investment of $55-million from the Gates Foundation to use its technology to work on a TB vaccine as well as on HIV medications. And in July 2021, the company announced that clinical trials would begin this year.

According to TAG, global TB funding in 2020, at $915-million, was less than half of the $2-billion United Nations target. One funder in particular is carrying the load - the Gates Foundation accounted for 94% of the philanthropic spending on TB, which accounts for 15% of all funding.

TAG further estimates that an additional $10-billion is required to cover the shortfall in TB research and development.

By contrast, governments spent $104 billion on Covid vaccines and therapeutics in the first 11 months of the pandemic.

The M72 vaccine was developed by GlaxoSmithKline and clinical testing was conducted in partnership with AERAS, a non-profit biotech company.

The vaccine uses an adjuvant, the AS01E adjuvant system.

Adjuvants are used to improve the efficacy of a vaccine by making the immune system recognise specific antigens better. AS01E was also first developed in the 1990s, and contains two immunostimulants: MPL and QS-21, which is derived from the Chilean soap bark tree. AS01E is also used in candidate malaria vaccines, among others.

This ingredient is combined with a recombinant fusion protein derived from two Mycobacterium tuberculosis antigens (Mtb32A and Mtb39A). Work on these antigens stretches back to the 1990s.