At least 42 toilets have been stolen and sold in Dunoon 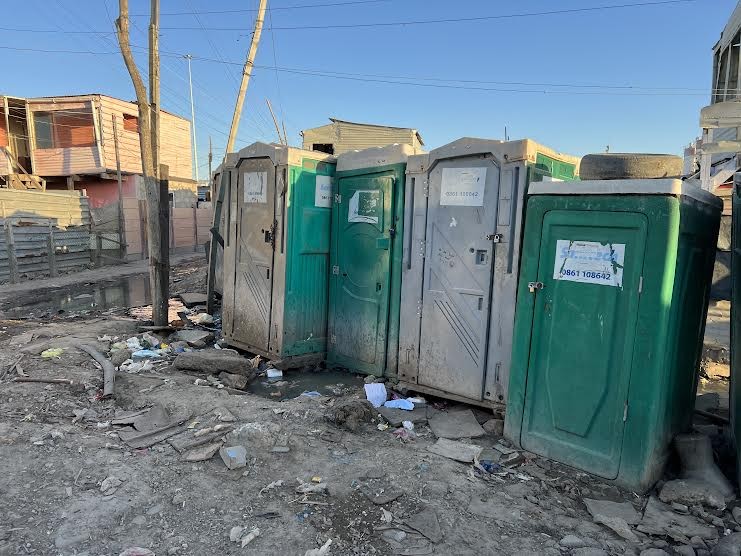 Chemical toilets are being stolen from neighbouring settlements, like Siyahlahla, and sold to families in Zwelitsha, in Dunoon. Photo: Peter Luhanga

Desperate for sanitation, residents of a Dunoon informal settlement in Cape Town are buying “Mshengu” portable chemical toilets stolen from other nearby settlements.

Families in the older settlements are now having to share the remaining toilets or use buckets which they empty in the stormwater drains or in nearby bushes.

An additional four toilets which are not marked have been identified. Matomela said leaders suspect these were stolen from outside Dunoon.

He says the toilets are stolen during loadshedding — when it’s dark — and then sold to families in Zwelitsha.

Zwelitsha residents pay from R500 to R800 for a stolen toilet.

“If you’re so desperate they raise the price … If it’s needed now, the price is high. If you wait, the normal price is R500,” says Matomela.

He says at a community leaders’ meeting earlier this month, it was agreed that the contractor to the City of Cape Town should clean the stolen toilets in Zwelitsha as they were already accounted for in the contractor’s budget, excluding the four that were stolen outside of Dunoon.

He said residents of other areas had suggested reclaiming the stolen toilets but agreed that doing so might lead to violent confrontation.

“The residents whose toilets have been stolen are suffering,” said Matomela. “Those people will stay without toilets whereas they had toilets before. The City says they have no budget.”

He said the first thefts began last year. And with more than 3,000 shacks counted in Zwelitsha, unless a solution to their sanitation needs was found, the theft of toilets would continue, said Matomela.

“If they are not provided with toilets, it is going to cause chaos in the township.” 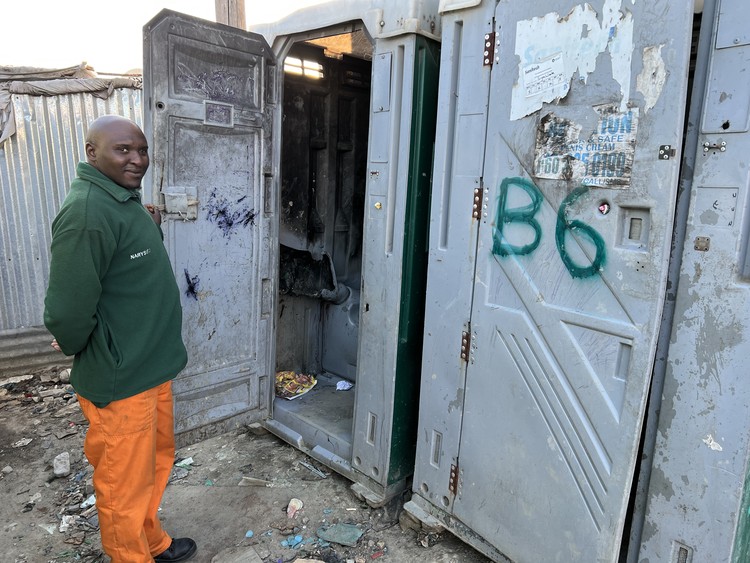 Mhlawuli said the City had provided 17 communal flush toilets along Mnandi Avenue, and with overcrowding, residents had requested chemical toilets to supplement the flush toilets, but these had now been stolen.

This had also led to a situation where families with keys rented out access to their communal toilet for R300 a month to those whose chemical toilets had been stolen.

She said those who can’t afford to rent a toilet resort to crossing to open land on the other side of the N7 to relieve themselves.

The City of Cape Town’s acting Mayco Member for Water and Sanitation, Siseko Mbandezi, said according to City records there were 77 City-issued chemical toilets in the Zwelitsha informal settlement, serviced by Sanitech.

“The City is in the process of verifying toilets in Zwezwe (Zwelitsha) and surrounding informal settlements to establish where toilets have been moved without permission in order to determine a way forward. The verification process is still underway. A site visit was conducted on Wednesday, 19 October 2022, with community leadership and the service provider to verify toilets on site,” said Mbandezi.

Next:  Homeless: “I never grew up to stand by a robot with a board”

Previous:  “Bring back the money”: picketers shout at suspended SJC activist outside court