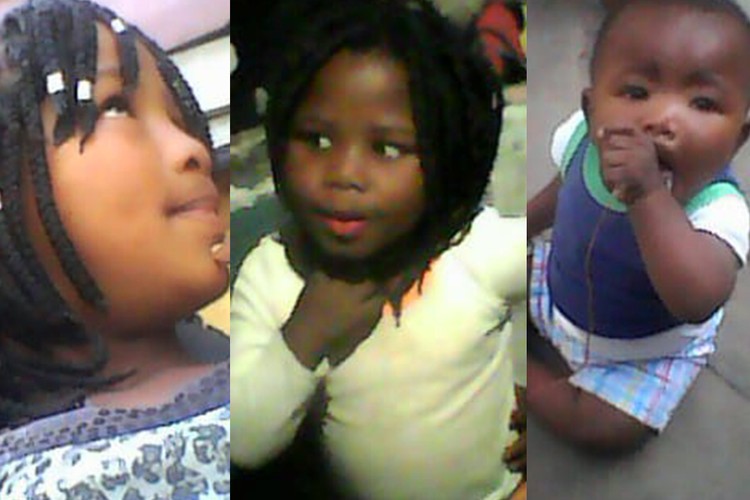 Siblings, Leana, 9, Luciana, 4, and baby Bruce died when their home burnt down in West Bank on Saturday morning. This was one of three separate devastating shack fires in Cape Town at the weekend.

Instead of preparing to celebrate her baby’s first birthday this week, a 32-year-old mother, Elma Nyakena, from West Bank in Cape Town now has to plan his funeral. Her baby, Bruce and his sisters, Luciana aged four and Leana aged nine, died in the early hours of Saturday morning when their home burnt down.

The children were sleeping with their grandparents when the fire started. Their step-grandfather, Derrick Van Wyk, managed to save the grandmother. He ran back into the burning shack to get the children but was unsuccessful. He sustained serious injuries and is still undergoing treatment in hospital.

“I lost all my babies. I can’t think straight, the only thing on my mind is the flashbacks of their lifeless bodies. I could not even hold them,” said Nyakena.

“My kids died a very painful death. My son Bruce will be turning one year old next Friday. I was looking forward to preparing for his birthday, not his funeral. They didn’t deserve to die like this,” said Nyakena who was inconsolable.

The City of Cape Town’s Fire and Rescue spokesperson Jermaine Carelse said they were alerted at 2:15am to a home on fire in Baxley Crescent on Saturday. Carelse said several other informal structures were also completely destroyed and two formal houses were damaged by the blaze.

In a separate incident on Saturday in Nyanga, two children and their father died when their shack caught alight. Their mother was out of town at the time.

Van Wyk said the 49-year-old father and his sons, aged 12 and seven were declared dead on the scene. Three neighbours who tried to save the family also sustained burn wounds.

Resident Sizwe Nonisi, 38, said, “The seven-year-old was found not far from the door on his stomach. I’m not sure if he fell while trying to escape or what. I called him and he was not moving. I then tried to grab him but the heat was too much so I could not reach him. I stood there so helpless.” 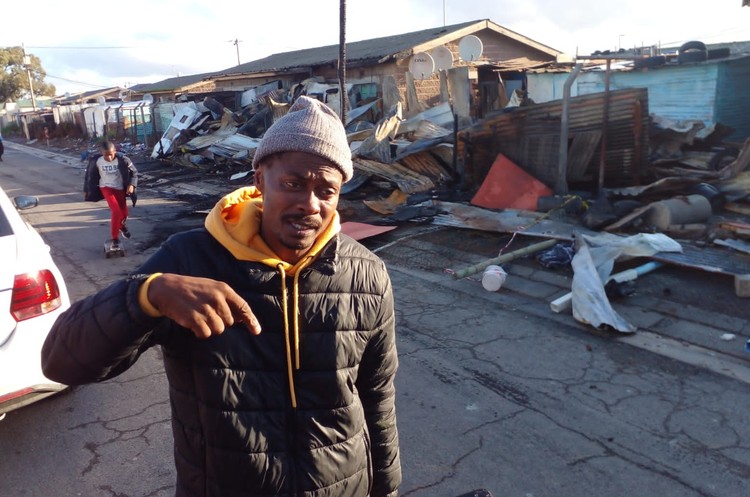 Sizwe Nonisi from Nyanga explains how he and other neighbours tried to save a father and his two young sons when their shack was alight on Saturday. Photo: Nombulelo Damba-Hendrik

In Philippi, a father and his six-year-old son died at Never-never informal settlement at 2am on Saturday.

Resident Yoliswa Sampo said, “We watched the blaze hoping [the father] was going to come back with the child but he didn’t. The mother managed to go back in, when she came back she fell to her knees crying, saying she did not see them. She was badly burnt.” The mother was taken to Mitchells Plain District Hospital for treatment.

“The blaze was contained and extinguished by 4:30am. Several informal structures were destroyed and a number of persons were displaced,” said Carelse.

The City has previously said that it will “continue awareness drives and other interventions to reduce the instances of fires in informal settlements”.

Next:  12 years after a court ordered it, government plans to build a special needs school

Five great places to eat for under R100 in Cape Town