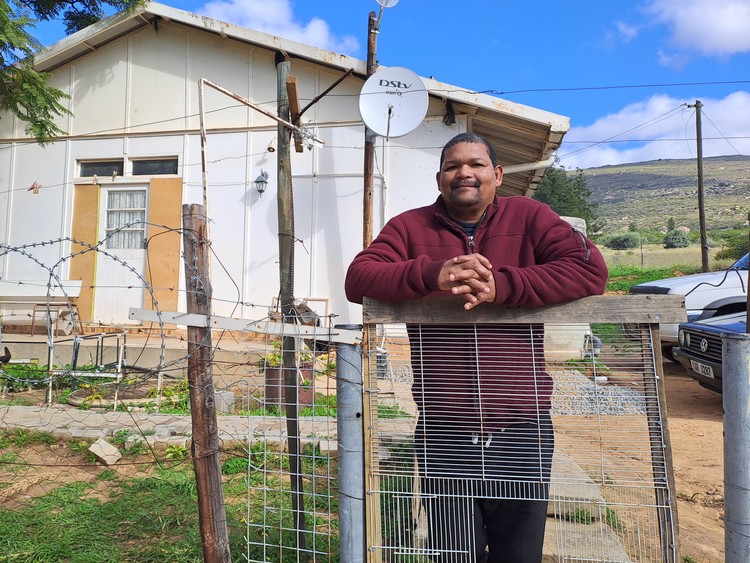 Dennis Brandt’s family is among 20 households who live in farmhouses owned by the Agricultural Research Council (ARC), which abandoned operations on the farm years ago. Now ARC wants to lease the land and buildings to a commercial farmer. Photos: Liezl Human

About 20 families living on a state farm near Citrusdal in the Western Cape fear they may be evicted. Most of the families have lived on the farm for nearly three decades. While no formal eviction process has yet started, residents are hoping they will still be allowed to stay and that their living conditions on the farm will be improved.

The 120-hectare “experimental farm” along the N7, called Proefplaas, is owned by the Agricultural Research Council (ARC). ARC was established in 1990. It is the principal agricultural research institution for South Africa.

Last week, farm dwellers from Proefplaas picketed next to the N7, demanding to be allowed to remain living on the farm. Municipal officials had informed them of a decision by ARC to lease the land to a commercial farmer. The new farmer, yet to be confirmed publicly, apparently wants the families evicted from their homes on the property. Most of the residents at Proefplaas are seasonal workers on surrounding farms.

According to residents, the farm is mostly uncultivated and has sat dormant since 2000. They told GroundUp that most families moved to houses on the farm in the 1990s and paid rent directly to ARC. 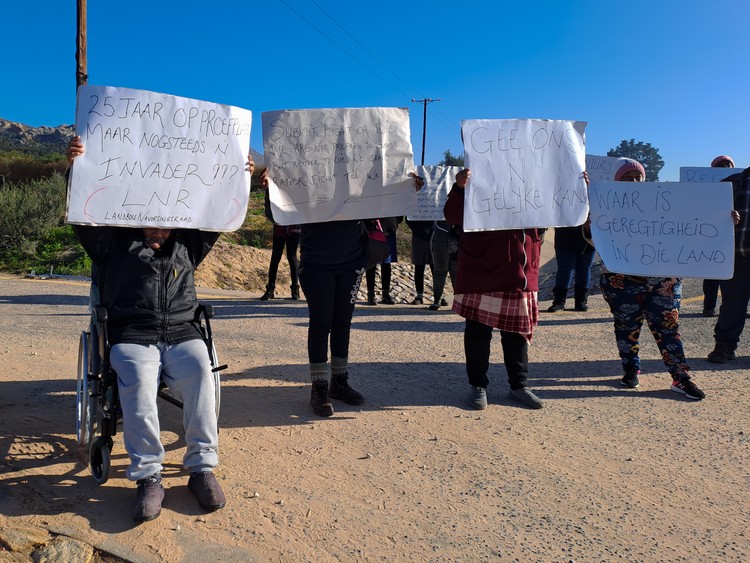 Proefplaas residents picketed next to the N7 last week, demanding to be allowed to live on the farm and for water infrastructure to be reinstalled on the farm.

Melvin Bezuidenhout said he has lived on the farm for nearly 26 years. He said households had been paying a fee to ARC for electricity and rent for many years. He said they stopped paying when conditions on the farm deteriorated and they no longer had access to running water. He accused the ARC of cutting the water and removing the sewerage and piping from the property some years ago.

The families’ first received an eviction notice in 2006. They were informed that the farm would be “resuming operations” and the houses would be needed for ARC staff. But nothing ever came of this, said Bezuidenhout.

“ARC owes this community a fair answer,” said Bezuidenhout. He said that in a meeting with municipal officials, residents were told that the section which houses his family and four others needed to be vacated.

“They can’t just plan behind the scenes. We are the people who looked after this farm for years,” he said. Bezuidenhout said his two children, who are now young adults, were born on Proefplaas, as were many children on the farm.

Bezuidenhout said their requests to ARC that ownership of the farm should be handed over to them have been ignored. He said they have instead been labelled as “squatters” and “land invaders”.

Another resident, Dennis Brandt, said it was unfair that they had funded the maintenance on the buildings for 25 years and now ARC wanted to evict them.

“If we hadn’t looked after this farm, it would’ve been a squatter camp,” said Brandt. He said they had been stopping people erecting structures on the farm.

Anna Pieterse says she moved in 17 years ago. Pieterse and her husband, Trevur, plan to grow rooibos in an open space next to their home. Pieterse said the lack of water on the farm makes farming more challenging.

Citrusdal farmer Albert Klaase has been working some pieces of the land for the past seven years. He said he made a deal with the residents. He grows citrus and a variety of vegetables.

Klaase also uses a big storeroom on the property which he fixed up. He employs some of the Proefplaas residents. “I can still create more jobs. But I don’t want to invest in uncertainty,” he said. 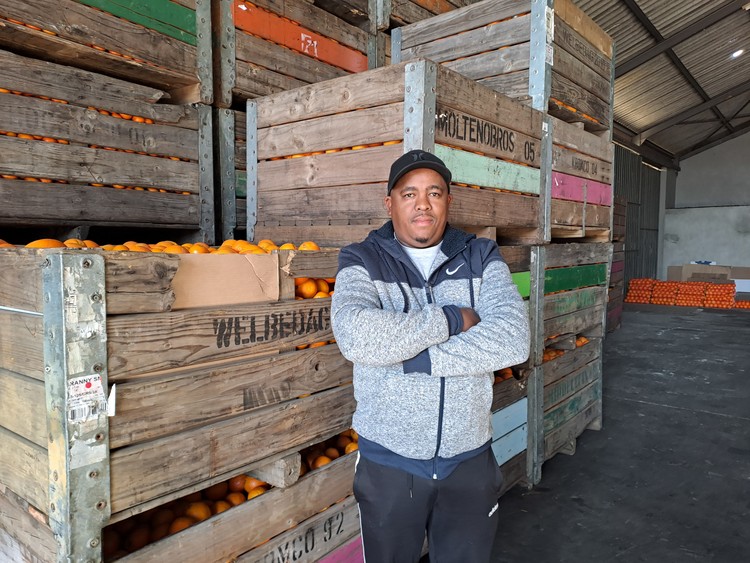 Albert Klaase grows citrus and other vegetables on a section of Proefplaas. He also uses this big storeroom on the property, which he says he fixed up with his own money.

When we contacted the Agricultural Research Council with detailed questions last week, ARC spokesperson Derusha Crank confirmed that the farm will be leased to a commercial farmer. Crank told GroundUp that no former or current ARC staff members live on the farm, and “any resident concerns should be raised with the local authorities such as the municipality”.

We contacted the Cederberg Municipality over a week ago and again on Wednesday. The spokesperson promised to respond by Thursday afternoon but never did.

Previous:  Protesters uproot electricity poles because they are not connected