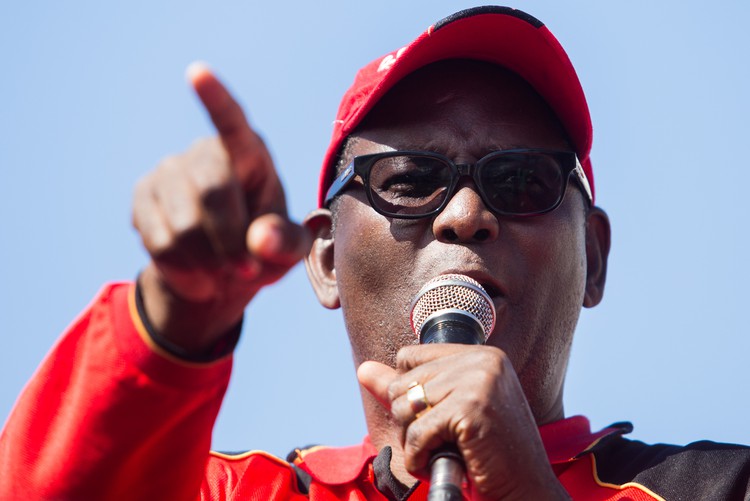 The South African Policing Union (SAPU) has unexpectedly left the South African Federation of Trade Unions (SAFTU), tendering their disaffiliation in a letter sent to the federation’s General Secretary Zwelinzima Vavi on Wednesday.

According to SAPU’s letter, the union had resolved to disaffiliate from SAFTU, effective immediately, during its national congress which is currently underway. With its disaffiliation, SAPU’s newly-elected president Thabo Matsose is recalled as SAFTU’s first deputy president.

Matsose was elected to the position of SAFTU’s first deputy president during the federation’s May 2022 congress, and was seen as part of a group opposed to Vavi’s reelection as general secretary. He is also close to Irvin Jim, General Secretary of NUMSA, and Vavi’s rival.

Trevor Shaku, SAFTU spokesperson, confirmed to GroundUp that SAFTU received the letter of disaffiliation, but said that there was no explanation why it was tendered.

“We are clueless as to the reasons that may have caused SAPU’s exit thus far,” said Shaku.

Shaku said that Matsose’s position will be filled by election at SAFTU’s Central Committee meeting in 2023.

GroundUp emailed and phoned SAPU. Their comment will be added when it is received.

Next:  Mamelodi residents left to the mercy of flood waters