In photos: Standoff between police and occupiers of Cape Town nature reserve

This is an especially large occupation

Hundreds of people have occupied land owned by Cape Nature Conservation in Mfuleni near the N2 opposite Khayelitsha. They began occupying last week. Most shacks have since been demolished but many still stand or were rebuilt after the demolition. Vincent Lali reported earlier this week: “People were still arriving with overloaded trucks and bakkies and marking out fresh plots on Tuesday. They came from Nyanga and Khayelitsha and nearby informal settlements such as Shukushukuma and Nyakathisa. Backyarders from nearby RDP houses were also dismantling their shacks and joining the occupation.”

Many people say they lost their incomes and cannot pay rent. 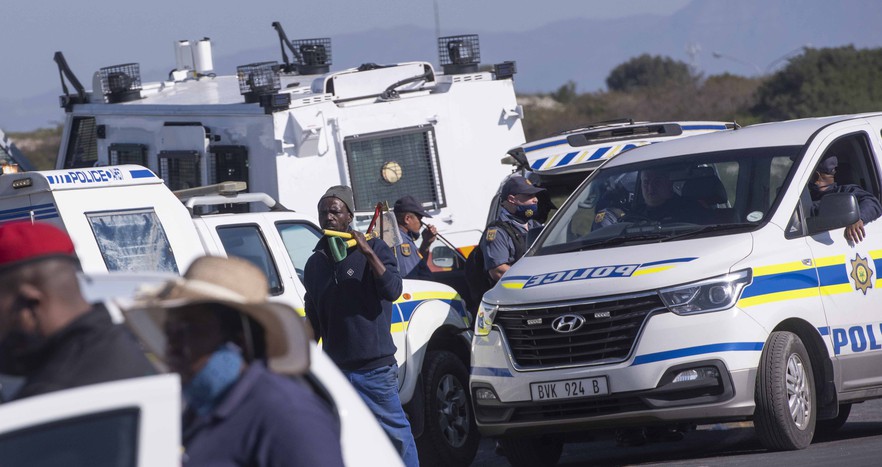 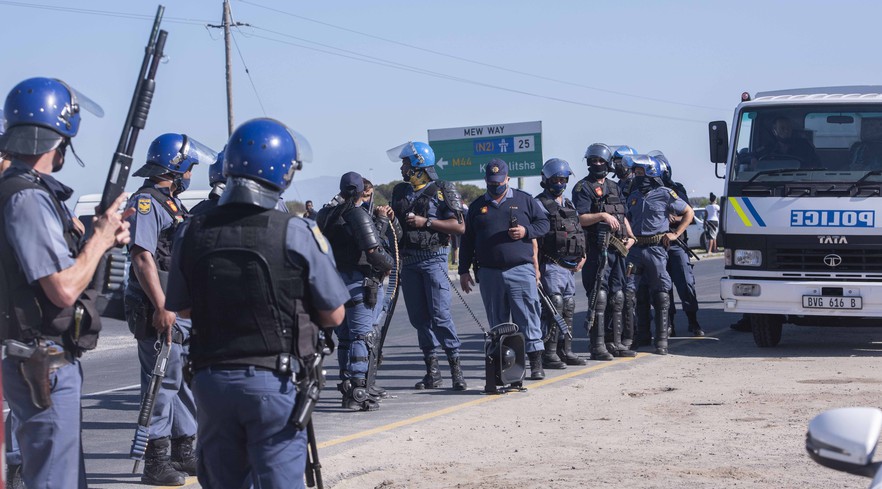 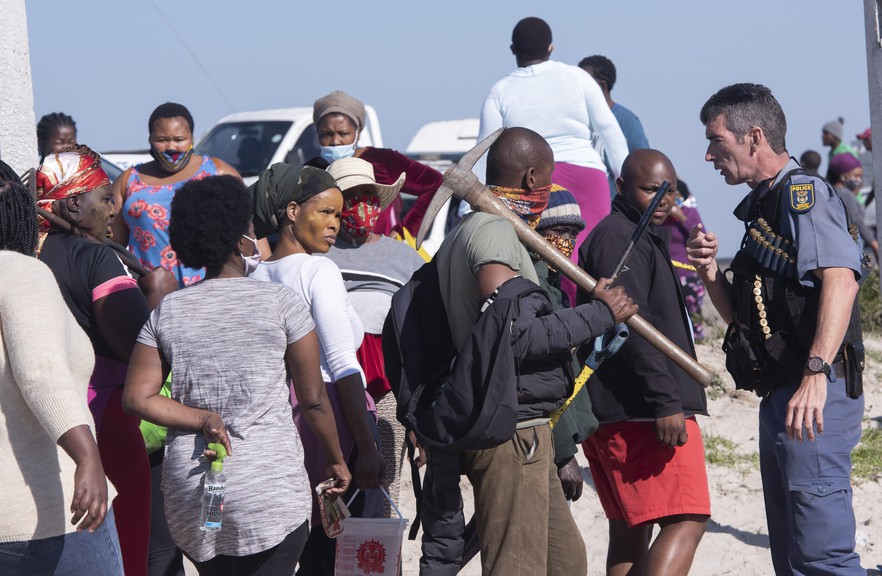 There was a large police presence on Thursday. Police have warned the occupiers that they are building illegally as well as gathering illegally under lockdown regulations. 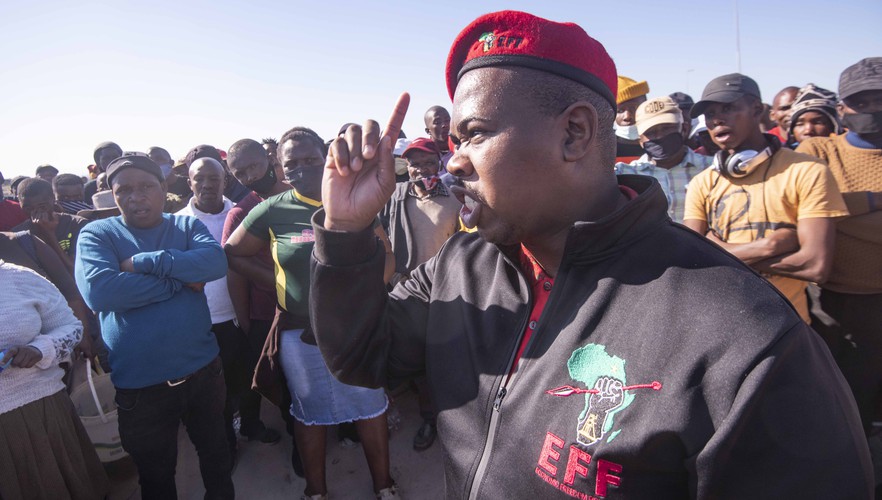 EFF regional secretary Banzi Dambuza said that people were homeless and jobless and needed a place to live. He said because of the “corrupt” government there is no money to feed people. He also said that Covid-19 has exposed the government for its failure to deliver over many years.

Loyiso Nkohla a community activist said he will seek a meeting with the mayor on Thursday and get back to the occupiers on Friday. But the land is owned by Cape Nature Conservation, not the City.

The crowd and police eventually reached an agreement. Most of the occupiers appeared to leave and walk back to Khayelitsha along Mew Way. They are hoping to get feedback on Friday from their community leaders.

Previous:  Children born abroad with one South African parent have right to citizenship