No shelter for homeless people in Knysna, but that may change soon 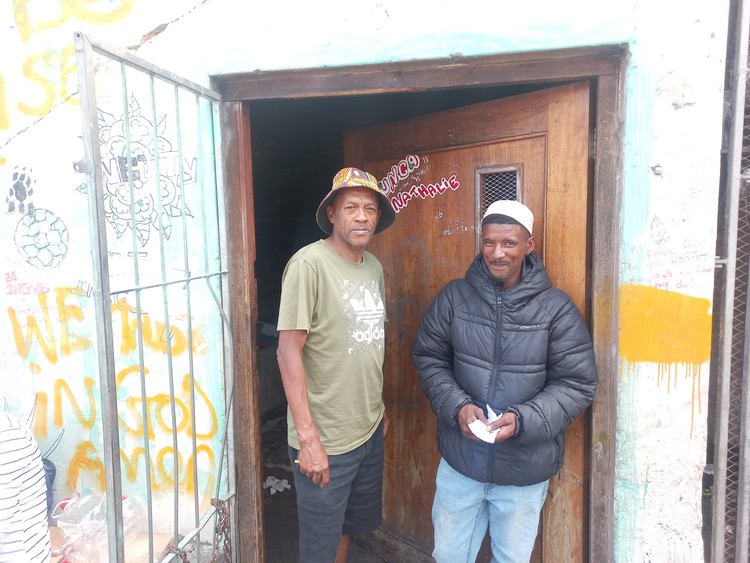 When the country went into the Covid lockdown in 2020, 54-year-old Wayne Garfield from Knysna in the Western Cape’s Garden Route lost his job as a home-based medical caregiver.

“My life was going very well. I was able to take care of my family until the pandemic hit. The [caregiver] agencies were no longer calling us to look after the old people in town,” he says. He said he hit a downward spiral after his brother died.

Unable to find a steady job for months and no longer able to support his elderly mother and daughter, Garfield says he was overcome with feelings of hopelessness and loss which resulted in him ending up on the streets. He has been homeless for over two years. “I started bugging people for money but movement was restricted so not many people could help me. I then made friends with other homeless people in town. On days when I didn’t make money, I would sleep by them.

“Before I knew it, I was staying here fulltime and too embarrassed to go home. I learnt to eat from the bin and be a car guard to survive. I made R20 to R50 a day and would spend the money on bread and milk,” he says.

Garfield said his family searched for him when he was staying in the streets and asked him to come back home. “Sometimes they would even send people to look for me, I would then hide from them because they reminded me of my daughter and how much of a failure I thought I was,” said Garfield. 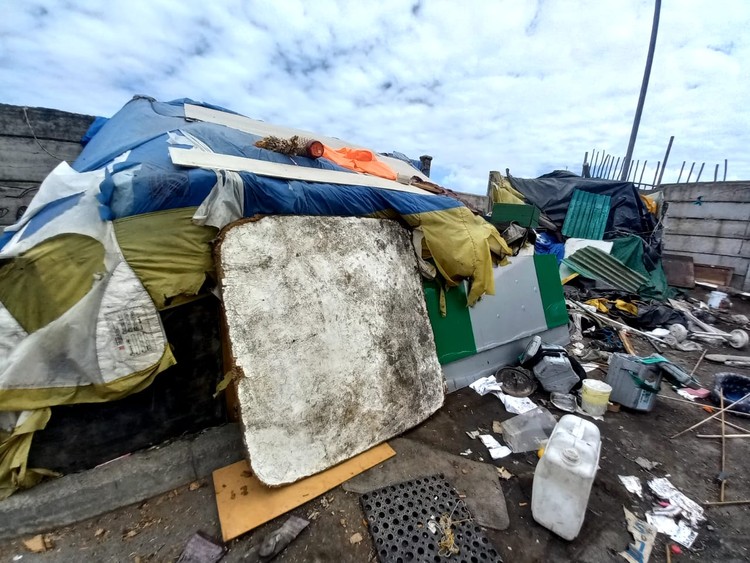 A group of people have built makeshift structures from discarded sheets, wooden planks and sails. They live behind the Knysna Municipality’s waste management site in Clyde Street.

Garfield has just signed a three-month contract, ending in December, to work as a refuse collector for the municipality. His employment is part of the municipality’s Homeless Empowerment Program. He says since starting work, he has also begun reconciling with his family who live in Concordia.

Garfield is among about 200 homeless people who sleep on the streets of Knysna. This is largely because there are no formal shelters to accommodate people who have little to no income in the town.

However, the Knysna Municipality says plans are underway to set up a permanent shelter but there are challenges. As an interim measure, ward 10 councillor Peter Bester said the council has budgeted R200,000 for a temporary shelter.

“We are hoping to open the temporary shelter before the start of tourism season. Unfortunately one of our investors only wants to fund a permanent homeless shelter. We are trying to reason with them because a permanent shelter will take us three years to establish,” said Bester.

During the hard lockdown in early 2020, the Knysna Municipality set up a temporary shelter at Loerie Park but it was closed between May and June 2021 when regulations were eased. This meant many people returned to the streets.

We met Angel Janties, 22, who was part of the group who were moved into Loerie Park during lockdown. He has been homeless for five years and currently sleeps behind the municipal refuse offices. He survives by guarding cars and asking for donations.

“Loerie Park was far better and many homeless people were doing good there. Now they are back to their old ways,” said Janties. “I was the youngest person at the Loerie Park shelter and used to be bullied. When I reported this to the municipality officials, nothing was done. So I stood up for myself and fought with someone. I was then chased out and went back to the streets.”

Janties told GroundUp that life on the street is dangerous. He said he knew of at least four people who had died this year. One, he said, died a month ago due to freezing temperatures outside. But GroundUp was unable to verify these deaths. 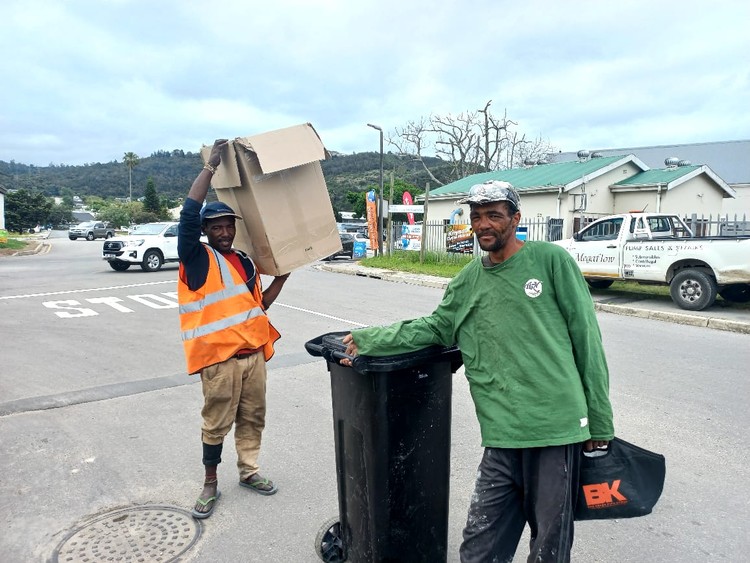 Godfree Watson, 31, and Joey Quine, 40, say they have been homeless for more than 10 years. The pair collect and sell recycling material to survive.

Councillor Bester said,“We have been approached by members of the Homeless Forum to erect tents again at Loerie Park, but the municipality is not in the position to do so at the moment. When we had homeless people [during lockdown], there was no supervision and this led to vandalism.”

Lizel Blaaitjies, Social Development officer at Knysna Municipality, runs upskilling workshops with homeless citizens. This project is supported by several people and organisations. A forum was also started to work with the municipality on ways to assist homeless people.

Waleed Grootboom, Mayco Member for Community Services, said through their current projects, at least ten homeless people have been assisted to apply for IDs and are waiting for them to arrive. Thereafter, they will be added to the City’s employment database.

When asked how the temporary shelter will operate, Municipal spokesperson, Nwabisa Pondoyi, said details will only be shared as the project develops.