Netcare sexual assault centres: are they as publicised? 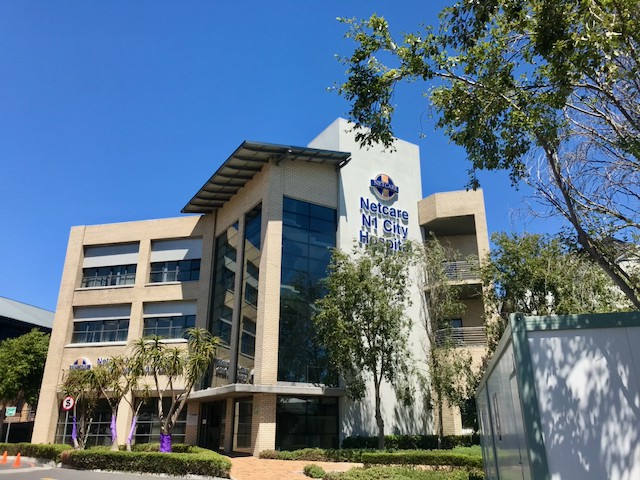 At Netcare at N1 City, GroundUp inquired about its sexual assault centre and was told that a “walk-in client has to pay and must be on medical aid”, contrary to what Netcare management says. Photo: Tariro Washinyira

Netcare, the country’s largest private hospital group, says it operates nearly 40 “sexual assault centres” nationally. It says it offers “free counselling to men, women and children immediately after a rape and for a year thereafter, irrespective of whether the rape survivor is medically insured or not. If necessary, anti-pregnancy medication and antiretroviral therapy are also offered.”

But concerns have been raised about whether this service is everything it is made out to be or even accessible at some of Netcare’s listed facilities.

On its website under the heading “Netcare sexual assault centres”, Netcare sets out a comprehensive and extremely impressive service that it offers “free of charge to all survivors of sexual assault”.

It says rape survivors are “taken to a private, self-contained room with en-suite bathroom facilities”; “each patient is given a dignity pack tailored to their specific needs, which could including toiletries, underwear and clothes if required”; “medical professionals at Netcare’s sexual assault centres work closely with SAPS by undertaking the forensic examination, with evidence preservation”; blood tests performed and “advice and counselling are given … to mitigate the risk of them contracting HIV, sexually transmitted diseases or an unwanted pregnancy”.

Rape Crisis is a non-profit organisation that operates a 24-hour national helpline and receives calls from people across the country asking for help. The organisation wanted to know if it can refer people to Netcare. So, on 20 January, Advocacy Specialist at Rape Crisis Jeanne Bodenstein phoned Netcare Kuils River, near her home, to ask how someone can access the sexual assault centre. The receptionist had no idea what she was talking about.

Bodenstein’s call was transferred several times then put back to the receptionist who said she should go to Karl Bremer Thuthuzela Care Centre.

GroundUp went to Kuilsriver Netcare, and after some initial confusion, a staff member said, “We don’t have a clinic but if it is a crisis the hospital helps and the person can be assisted in the Trauma Unit. Afterwards the doctors can refer them to government hospitals like Eerste River.”

GroundUp also visited Netcare N1 City Hospital and was eventually directed to a senior staff member who told GroundUp that a walk-in client has to pay and must be on medical aid.

In an email on 17 February, Netcare regional general manager for Western Cape Dr Louis van der Hoven insisted that Netcare’s sexual assault centres operate from within the emergency departments situated in 39 Netcare hospitals countrywide, providing assistance to rape victims “regardless of their ability to pay for such services, 24-hours a day, 365 days a year”.

Van der Hoven put our experience down to miscommunication. “We understand that the staff member called to assist by the receptionist at Netcare Kuils River Hospital, immediately asked you if someone needed urgent attention so that the hospital could assist. After establishing that you were enquiring about help for sexual assault survivors and not about a sexual health clinic (which is a very different type of clinic), she explained that survivors are seen and receive care in the emergency department.”

But Van der Hoven conceded that “our reception and switchboard staff should be fully aware of how to handle any enquiries about this service, should they be approached … We wish to assure you that the necessary corrective action, aimed at avoiding a re-occurrence of this type of situation, will be instituted.”

Van der Hoven said, “We will also make contact with Jeanne Bodenstein of Rape Crisis to discuss her experience and confirm the service we offer.”

He said, “Netcare is fully committed to assisting all sexual assault survivors and provides this crucial service on a national and sustained basis.”

But two weeks later, Bodenstein says unfortunately no contact has been made with her.

Bodenstein says Rape Crisis counsellors have been working well with government’s Thuthuzela care centres since early 2000. When a case is reported, Thuthuzela calls the police station, where rape kits are kept, to bring one. Police then take it to their lab when the kit is completed – “so the police are involved with the rape kit all the way”, she says.

Bodenstein wanted to know how Netcare has established a relationship with SAPS and how well it works.

She said perhaps management is unaware that on the ground their sexual assault centres are apparently not well understood nor functioning as advertised.

Mande Toubkin, Netcare general manager for emergency, trauma, transplant and corporate social investment, said, “Netcare has assisted more than 14,000 individuals over the last 24 years at its sexual assault centres … Approximately 80% of the survivors who received free treatment and support were not covered by medical aid and were without the means to pay.”

Next:  Parents shut down school in Pietermaritzburg