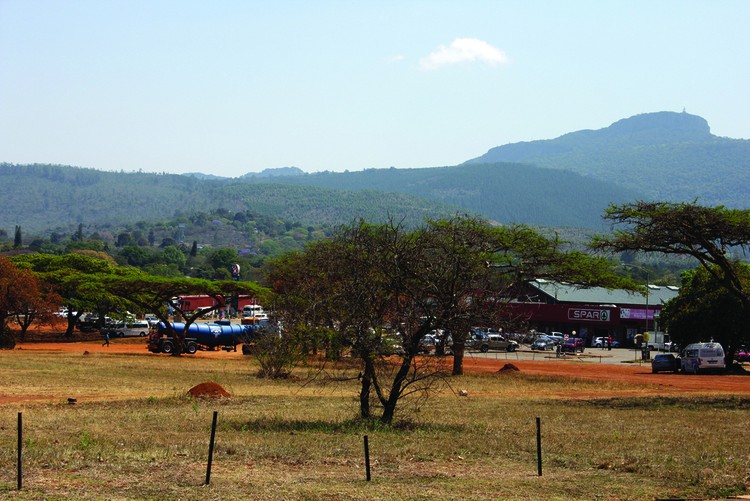 This public park in Louis Trichardt was sold in a questionable tender transaction in 2019. Photo courtesy of the Limpopo Mirror

The Makhado Municipality finally gave in and made available information requested more than three years ago by the Limpopo Mirror about the sale of a public park in Louis Trichardt. This marks the end of a long and expensive court battle to get the documents.

The municipality’s decision to release the documents comes two weeks before a contempt of court application would have been served in the High Court. The documents were filed after the municipality continued to defy a court order instructing it to provide information requested in terms of the Promotion of Access to Information Act (PAIA).

The saga started at the end of 2019, when word got out about the way the Makhado Municipality had disposed of a public park in Louis Trichardt. No public consultation process was followed before the Council put the park up for sale, by means of public auction. The park was split up in two erven and prospective buyers had to submit bids. The criteria seemed straightforward – the highest bid would be accepted, provided that it was not less than the market value of each of the erven.

It took several weeks for the Limpopo Mirror to find out who had bought the two sections of the park, as the municipality was not very forthcoming with information. It then transpired that in both cases the bidders who submitted the highest bids, had been disqualified. In the case of Erf 3456, which is closest to the N1, seven of the eight bidders were disqualified, and the erf was sold to a bidder who offered R400,000 less than the highest bid.

The municipality refused to explain why the bidders were disqualified, merely stating that “they did not tick all the boxes”. The bidders, most of whom are experienced developers, were not told why they had been disqualified.

After unsuccessfully trying to obtain information from the municipality, Zoutnet Publishers (owners of the Limpopo Mirror and Zoutpansberger newspapers) filed a PAIA request. This application was completely ignored by the municipality. After the deadline for response expired, an appeal was filed with the municipality. This appeal was also ignored, in complete defiance of the legislation.

Zoutnet Publishers then approached the Louis Trichardt Magistrate’s Court to force the municipality to adhere to legislation and make the documents available. This was the first such case in South Africa, as until 2019 legislation did not allow a lower court to rule on such matters.

The Makhado Municipality initially ignored the application in the magistrate’s court and it was heading for the unopposed roll. The Covid restrictions in early 2020, however, meant that the case could not be heard and it was re-scheduled. When it was put back on the roll again, the municipality suddenly woke up and opted to defend the decision to withhold the information.

In September 2020, magistrate Vanessa Grundlingh ruled on the matter and effectively brushed aside the municipality’s defence. She ordered the municipality to adhere to the PAIA request and make the information available.

Still, the municipality was not willing to make the information available. An appeal was filed by its lawyers against the magistrate’s ruling in the Limpopo High Court, but the municipality was clearly not in a rush to have its day in court. It took almost two years for the appeal to be heard, with minimal efforts from Makhado municipality’s legal team. In June 2022 the case came before judges Frans Kgomo and Thogomelani Tshidada, but the hearing turned out to be very short as the case was struck from the roll for non-compliance.

Judge Kgomo described the documentation prepared by the municipality’s legal team as a mess and chaotic. He and Judge Tshidada criticised them for sloppiness and said that this was in contravention of the court rules. The responsibility resides with the party who brings the matter to court (in this case the municipality) to file, index and paginate the documents properly.

The two judges explained to the municipality’s legal team that the magistrate’s ruling was now enforceable, and they must file the appeal again and restart the process if they felt it was not just. The municipality was also ordered to pay costs.

What happened next, was a continuation of the municipality’s delaying tactics. No appeal was filed against the magistrate’s ruling and the municipality did not respond to several letters requesting the information. Having no other alternative, Zoutnet served papers on the Municipal Manager, indicating that he is in contempt of a court order. Documents were filed in the Limpopo High Court, asking that the court intervene in the matter and force the municipality to comply. The matter was set to be heard on 6 October on the roll for unopposed cases.

Last Monday the municipality, without any explanation, sent the documentation as ordered by the magistrate’s court. The documentation makes for interesting reading, but needs more investigation before a story can be published.

The full legal cost for the municipality’s legal team is expected to run into a couple of hundred thousand of rands, as senior counsel had to be used to fight the matter in the high court, apart from the process in the magistrate’s court.

Zoutnet was supported in the case by the South African National Editors Forum (SANEF) as well as the Association of Independent Publishers. During the appeal hearing, Media Monitoring Africa (MMA) also became involved and asked to be allowed as amicus curiae (friends of the court). In the founding affidavit, SANEF and MMA describe themselves as “non-profit organisations dedicated to ensuring that the rights to freedom of expression, access to information and a strong, independent press are realised in South Africa”.

Previous:  Immigrant children share their stories through art and music

Section 34 and Rule of Law

This is one of the best articles I've read on the struggle to exercise section 34 rights under the Constitution. The right to be heard (taken seriously) is fundamental to the Rule of Law.

The article systematically sets out the process and the roadblocks experienced without drowning the reader with too much information.