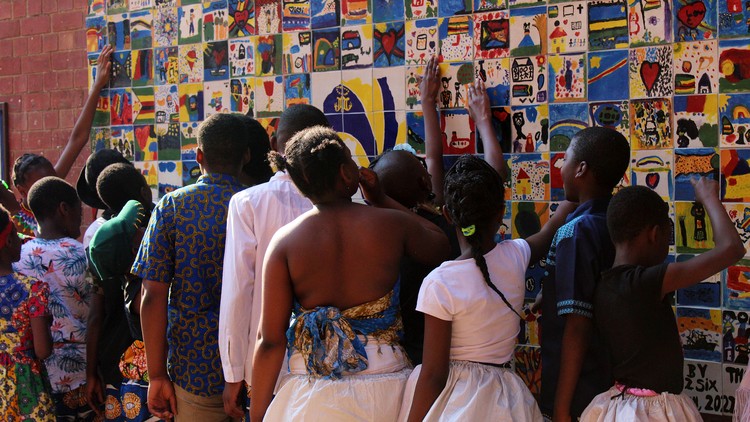 Learners from the Three2Six project dressed in traditional attire and performed songs and a play at the project’s art event at Sacred Heart College in Johannesburg on Monday. Photos: Masego Mafata

The school hall at Sacred Heart College in Johannesburg was filled with music and colourful artwork this week as some learners and parents celebrated World Day of Migrants and Refugees.

This was part of the Three2Six Project which is a bridging education project for refugee and immigrant children who are unable to access state schooling in South Africa.

Existing schools, such as Sacred Heart College, host the project, which is run between 3pm and 6pm. The project focuses on the primary school level and usually stops in grade 6.

Participating learners reflect on some of the challenges they experience as immigrants and refugees through drama, poetry and paintings. Xenophobia was among the issues highlighted by the learners who performed a play about its impact.

“It’s important for us to share the work of our talented learners [and] to raise awareness, through their art, of the struggles of refugee and migrant children in South Africa,” said Charlotte Margerit Byrne of the Three2Six Project.

World Day of Migrants and Refugees is commemorated annually on the third Sunday of September. The theme for this year’s 108th commemoration was “building the future with migrants and refugees”. 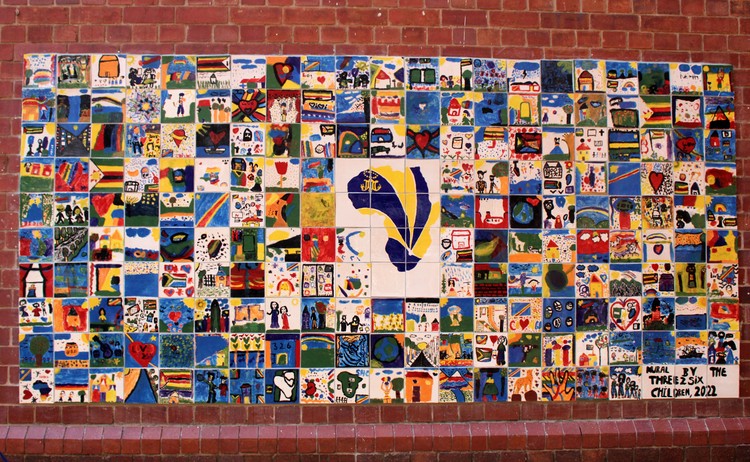 Each tile in this mural was painted by learners from the Three2Six Project. It was unveiled at Sacred Heart College, one of the project’s host schools, on Monday.

During the celebrations, some learners sang isiNdebele songs from Zimbabwe and performed traditional dances from the Democratic Republic of the Congo (DRC). They also screened a short stop-frame animation film called Precieuse. The film details the gruelling journeys many refugees and asylum seekers undergo when they leave their home countries in search of a better life. Learners in the Three2Six Project made the puppets and recorded the voiceovers used in the 2011 film.

A learner, who recited a poem on the importance of education at the event, told GroundUp that education is “important for the assurance of a better future”. Many refugee and migrant children are still unable to access state schools because they do not have the legal documentation.

Jemi Luzinga, the event’s master of ceremonies and an alumnus of the project, is currently in matric. He spoke about the importance of giving these learners opportunities to tell their stories through the arts.

He said as the child of an immigrant from the DRC, prejudice and “systematic problems”, such as difficulties getting the required legal documents, made it difficult for him to get enrolled at a public school.

Jemi joined Three2Six in 2011 and left in 2012. He said it helped him transition into a mainstream school and secured him a scholarship for high school.

Next:  Municipality finally gives in after editor’s long court battle

Previous:  TAC slams Mbeki over his views on HIV