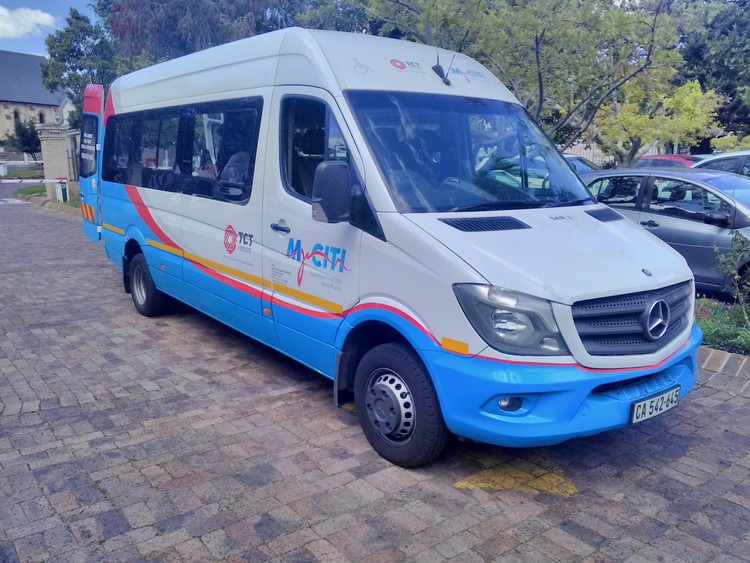 The City of Cape Town’s Dial-a-Ride transport service for disabled people has a waiting list of more than 2,300 people. Archive photo: Will Yoder

A mother in Wesbank, Cape Town has desperately been trying to get scholar transport for her daughter who uses a wheelchair.

Charmaine November’s seven-year-old daughter, Alicia, has cerebral palsy and needs a wheelchair to get around. November, who moved her family from Parow has had no luck getting suitable transport for Alicia to the Friends Day Centre in Maitland. “The school’s transport pick up point is in Belhar but this is unfortunately far from us.”

The City of Cape Town, which runs the Dial-a-Ride transport service for disabled people, confirmed that the Novembers are among 211 people waiting to be assessed by an occupational therapist. Once deemed eligible, only then will Alicia join more than 2,300 other people already on the waiting list for the service.

In 2019, GroundUp reported that Dial-a-Ride buses had been running late because of what the City described as “unexpected delays in the procurement of a long-term, six-year contract”. At the time the City said its service was “oversubscribed”.

This followed an earlier report in 2017 on claims by Dial-a-Ride users that the service was deteriorating.

Meanwhile, November said she first paid people with cars to take her daughter from Wesbank to school but can no longer afford to do so because she is unemployed. “Once I have used the grant to buy her necessities, there is hardly any money left for anything else. Her father is employed and pays her school fees and provides for us.”

She said Alicia had been making good progress at school and now she worries about her missing out on valuable time. “My mother and I have reached out to many places to help us, one of them being Dial-a-Ride. The waiting list is so long, I do not have hope that something will come up soon,” she said.

Mayco Member for Transport, Rob Quintas, said that spaces will be allocated once available. Quintas said there were 16 vehicles in operation and since the start of the service over 4,200 people have applied and been assessed for eligibility to be a passenger. There are around 200 regular daily users in addition to 170 ad-hoc users who mostly use Dial-a-Ride to get to hospital and other destinations once a week or so.

He said the City was trying to assist as many users as possible with its limited resources.

Next:  There have been nearly 1,200 shack fires in Cape Town this year, claiming over 80 lives