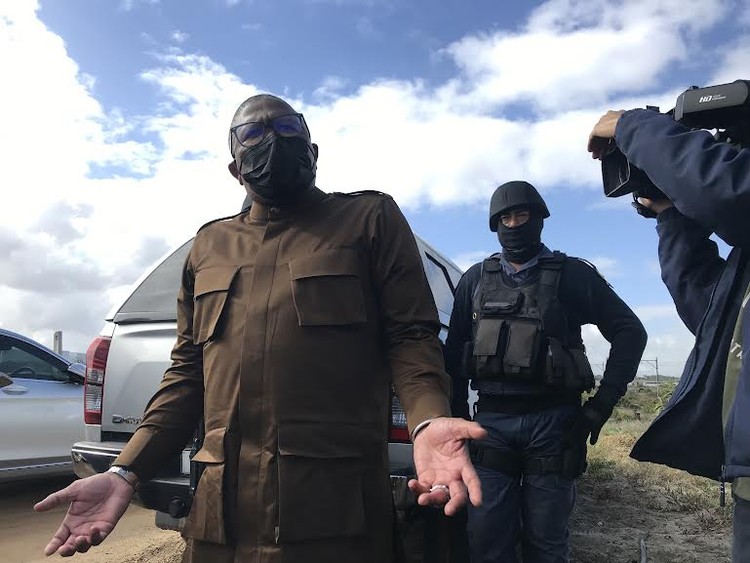 Transport Minister Fikile Mbalula promised families living in shacks on Cape Town’s central line that he would show them land to which they will be moved. Photo: Tariro Washinyira

Residents of the informal settlement on the railway line in Langa told Transport Minister Fikile Mbalula on Friday that they would not move until they had been shown the land they will be moved to.

The residents spoke at an event at Brown’s Farm swimming pool in Philippi organised by the Passenger Rail Agency of South Africa (PRASA) to inform the Minister on progress made to restore the Central Line .

Cape Town’s Central line, the busiest line serving the poorest communities, including Khayelitsha, Mitchells Plain, Nyanga and Bonteheuwel, was last operational in October 2019 when trains were suspended because of cable theft and vandalism. Since then families have set up informal settlements on the track in Langa, Philippi and Khayelitsha.

Community leaders from the three settlements said they are in agreement that service should be restored on the Central Line but they want to know when they will be moved, to where, and to see the piece of land.

The leaders also demanded that all the involved parties including the City of Cape Town, PRASA and the Department of Human Settlements bring a signed agreement as proof that they will be moved by November. They said once they knew where they would be moved to they would protect the land themselves from occupation by others.

Loyiso Nkohla, representing Langa and Philippi railway occupiers, told the Minister: “It is a failure from your office. Minister we have watched you many times announcing that by November last year people would be moved. Then you said next year in July. Now this is May 2022 and you are repeating the same announcement as last year.” He also questioned the role of the City of Cape Town.

Mbalula told the community leaders that he would come back in two weeks, hopefully with the City and the Minister of Human Settlements, to take residents to see the parcel of land that has been secured.

“We will come back with a full contract signed on dotted lines because the major complaint is that we have made a commitment that has not been fulfilled over the years,” he said. 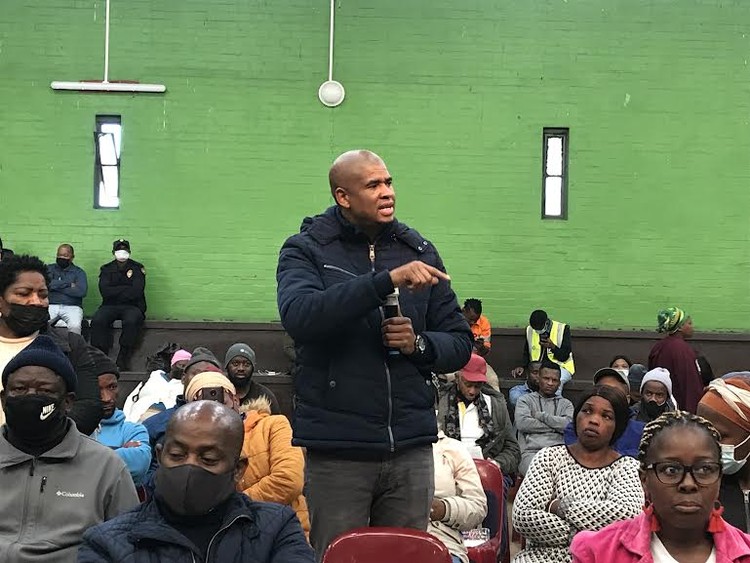 Loyiso Nkohla told the Minister his office had failed the residents of the informal settlements. Photo: Tariro Washinyira

Next:  It’s been 15 months since the Cape High Court reserved judgment in this “emergency” housing case