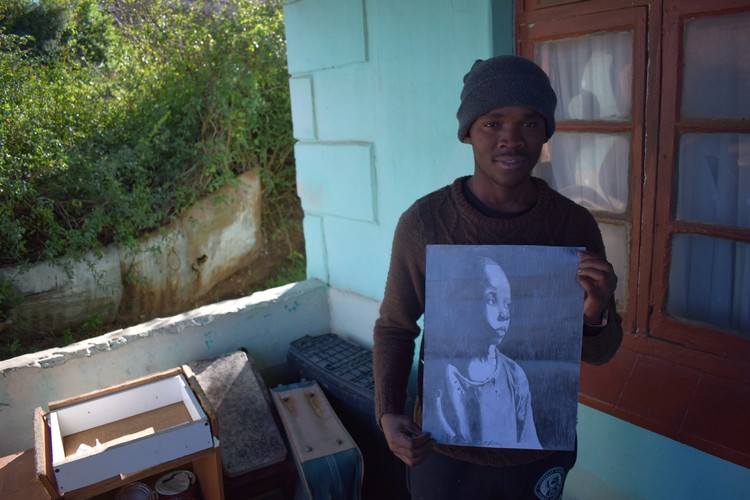 It is Lubabalo Kosi’s dream to one day own his own gallery and teach art to other young children from his location in Makhanda in the Eastern Cape. Photos: Lucas Nowicki

Lubabalo Kosi is a 21-year-old self-taught artist from Vukani who has captured the hearts of Makhanda residents through his melancholic pencil portraits.

“I started drawing when I was young, but only decided I should pursue it after I finished grade 12 in 2019,” says Kosi.

His mother died when he was three months old and he never knew his father. He says he “moved around a lot” growing up before moving in with his aunt who also died tragically when he was in grade 10.

Kosi says that after finishing school, he met a young artist who inspired him to explore his drawing talent. “We tried to teach each other. He taught me to draw things that I can relate to, so I thought of my background.”

Kosi says many of his earlier drawings depict sadness and he hoped it would resonate with many people too. “I want people to feel the art when they see it,” says Kosi.

In 2020, Kosi moved to Gqebertha to study Hospitality at Russell Road TVET College. He had applied for an arts course but did not qualify. He moved back to Makhanda, after failing his first year, to continue with his drawing.

During the day, Kosi works at an internet cafe in Vukani and at night, he picks up his pencil to create works of art. “I don’t get much sleep,” he says. 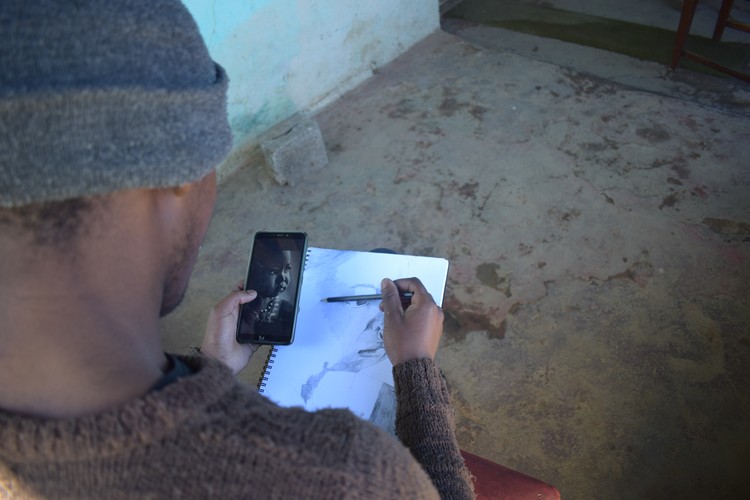 Lubabalo Kosi says a portrait can take him up to a week to complete because he is only able to draw once he finishes work at night.

In 2021, Kosi won the Fan’s Choice Award at a photo competition by Makana Tourism called #SnapandWin for pencil portraits of himself and popular icons. This gained Kosi local popularity, but he is still battling to get more exposure for his work.

Most of the interest in his drawings comes from commissioned portraits, which has slowed down since last year. Each drawing takes him up to a week to complete, depending on how detailed the piece is. He charges R300 for an A4 and R600 for an A3.

Kosi says he has big dreams for the future of becoming a well-known artist and putting Makhanda on the global art map. “I want to be in a space where I would help young kids who are interested in drawing. In the future, I would like to own an art gallery.”

More about Arts and culture

Next:  We travel to Harare with returning Zimbabweans