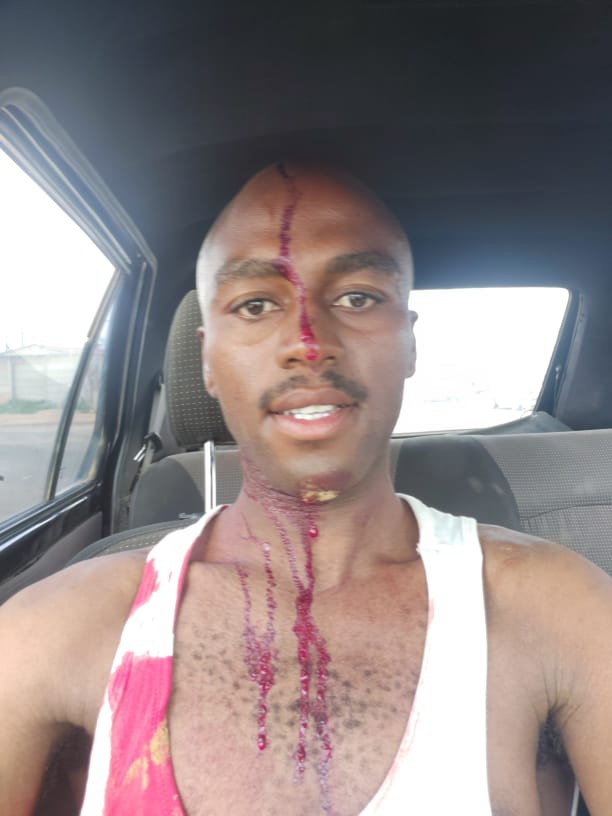 Kariega resident Ludwe Dyantyisi has opened a case of assault against police officers. He says he was beaten and accused of being a criminal during a stop-and-search incident last week. Photo supplied

Ludwe Dyantyisi says he was driving with three friends around Joe Modise in KwaNobuhle township when they were pulled over and assaulted by four plain-clothed police officers on 21 January.

Police spokesperson Captain Andre Beetge confirmed that a case of assault has been opened and the docket handed to the Independent Police Investigative Directorate.

“I was sitting in the passenger seat when a white double cab police bakkie suddenly screeched to a halt opposite our vehicle. The four policemen carrying firearms forced us out of the car, shouting that we must lie facedown in the street.

“They searched our vehicle and us but found nothing. After that they asked ‘who is Washa?’ and I told them it’s my nickname,” he said.

Dyantyisi said the officers accused him of being a drug dealer. He said despite denying the allegation, an officer hit him on the head with a gun and beat him.

He said a crowd of community members had gathered and one of the officers threatened those filming the interaction to stop doing so. We have been unable to obtain footage of the event.

His injuries were treated at Laetitia Bam Day Hospital.

The 29-year-old said he was traumatised and has nightmares of the incident. He said what was more upsetting is that when he went to open a case of assault against the police officers, he was apparently told to first meet the station commander before his statement could be taken. He later opened the case at the police station in Church Street.

“I have never been beaten like this before. I will take the legal route,” he said. “This is an act of criminality by the police,” he said.

Dyantyisi is currently seeking legal advice on the matter.

Previous:  Tenants’ long wait for home ownership comes to an end this year