By not increasing the overall housing budget, fewer people will be getting formal houses from government 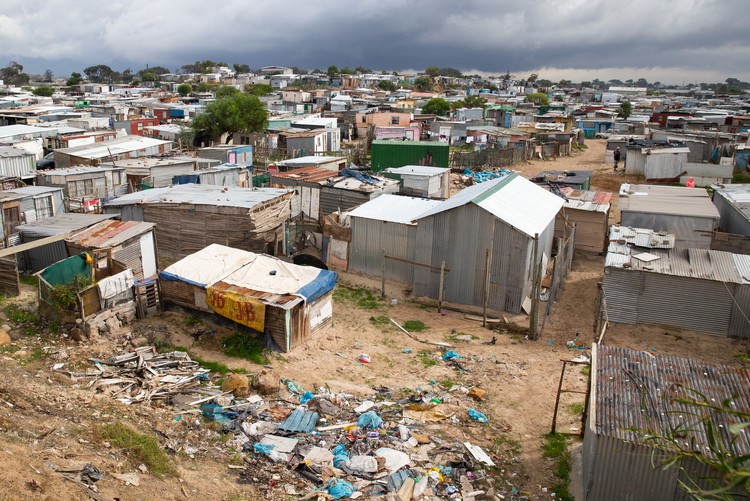 The unintended consequence of the recent increase in the subsidy per house could be an increase in the number and size of informal settlements around the country. Archive photo of Siqalo near Mitchells Plain, Cape Town: Ashraf Hendricks

The housing subsidy is intended for the purchase of a plot, the installation of basic services and the construction of a top structure. It is the first increase since 2018, and government should now be able to build better houses with the additional funding.

The increase was made to ensure that the subsidy remains “consistent with the ability of the department … to continue to improve delivery”. But there are unintended consequences, one of which is that it is likely to result in an increase in the number and size of informal settlements around the country.

This is because by increasing the housing subsidy for a house but not the overall housing budget, government is in effect reducing the number of houses that it is able to build each year.

The national budget for the Human Settlements Department when adjusted for inflation (at 2018 rand values) has reduced from R37.5 billion in the 2017/18 financial year to R30.4 billion in 2021/22 and it is expected to remain around R30 billion per year until at least 2023/24. (See: www.vulekamali.gov.za)

This means that fewer people will receive a house each year and more people will have to resort to unauthorised land occupations and live without adequate water and sanitation services and in insecure land tenure arrangements.

It would have been better for government to leave the housing subsidy amount where it was and reduce the target it sets itself for the number of top structures. These would then need to be made available to the poor and destitute whom the government has prioritised, such as the aged, child-headed households, people with disabilities, military veterans and so forth.

Instead of increasing the housing subsidy, government should have allocated more funds to its upgrading of informal settlements programme which includes the provision of basic services, such as communal toilets and taps, and some form of tenure security, but excludes top structures and title deeds.

Households that acquire these services, either through upgraded informal settlements or new serviced plots, could then use their own resources (labour, money, credit and community contributions) and build at least a temporary housing structure. If they are able to secure the necessary resources they could also submit building plans and build more formal and permanent structures.

Government should not leave people to just build their own houses without support. There is much it can do to help people by training them in construction related skills, providing model building plans, supporting the establishment and operations of savings and loans schemes (including stokvels), facilitating the establishment and operation of bulk buying schemes, and helping to organise a referral system where people can be directed to affordable and appropriate building products and services.

Such a self-help programme could replace the Peoples Housing Process (ePHP) programme which provides households with funding to arrange for the building of full top structures, but as explained above is helping fewer and fewer people.

Now that the housing subsidy has been increased, it will be difficult to reduce the amount. But government must not be tempted to increase the subsidy amount again in the short to medium term. First it must show that it is making significant headway in reducing the backlog of basic services in informal settlements and getting ahead of the growth in demand for new land and services.

Government needs to make clear policy statements and implement programmes that prioritise the upgrading of informal settlements and the provision of well located serviced sites. This all starts with the provision of communal water and sanitation services and tenure security.

Ronald Eglin is the Sustainable Settlement Specialist at Afesis-corplan, an NGO based in East London, Eastern Cape. He focuses on land access and sustainable settlement work. He writes in his personal capacity.

Next:  Learners picket against government scrapping deadlines to fix schools

Previous:  Kariega by-election: “I voted without taking a bath. I was stinking!”