How employment has changed in 10 years

What’s interesting is how employment in South Africa has changed. Critically, the number of jobs in manufacturing and services has dropped. Jobs in mining, construction and transport have increased, but not as fast as the working-age population.

In three sectors - utilities, communities and social services - jobs have grown faster than the growth in the working-age population. Many of these jobs are in government. Given how poorly government has been performing in so many areas, it’s an interesting question how much these new jobs are benefiting the country.

South Africa’s financial sector punches far above the weight of a typical middle-income country like ours. And the number of jobs in the sector has grown dramatically. 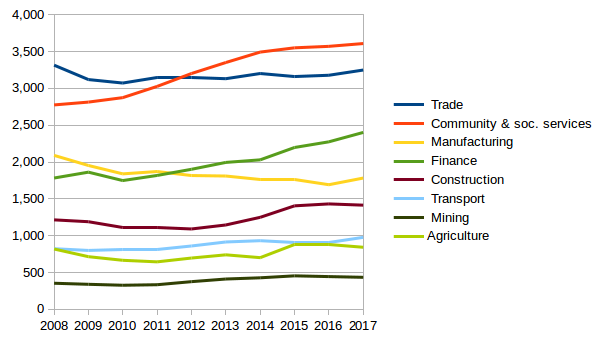 Next:  Police chalk up arrests with anti-gang units