HIV incidence in South Africa has halved since 2010

This is mainly due to antiretroviral treatment and condom promotion, but male medical circumcision and behaviour change after HIV diagnosis had a role too 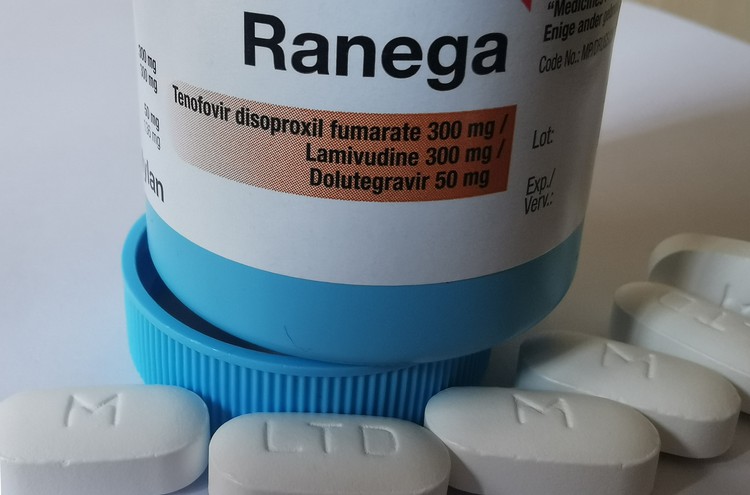 Antiretroviral medicines like this have have had a major role in reducing the rate of new HIV infections from 2010 to 2019.

Our new study, published ahead of print in the Journal of Acquired Immune Deficiency Syndromes, estimates that HIV incidence in South African adults has declined by 47% between the start of 2010 and the start of 2019.

HIV incidence, the rate at which new HIV infections occur, is an important indicator of the impact that HIV programmes are having. The halving of HIV incidence rates represents encouraging progress in South Africa’s HIV response.

South Africa has a wealth of HIV data, but HIV incidence is difficult to measure directly. We synthesized the available data in a mathematical model that included HIV prevalence data, mortality data, HIV programme data (annual numbers of HIV diagnoses, numbers of patients on antiretroviral treatment, rates of viral suppression in treated patients, and numbers of male circumcisions) and sexual behaviour data (such as reported levels of condom use and rates of marriage).

The results of the model suggest that most of the reduction in HIV incidence since 2010 is attributable to two programmes: antiretroviral treatment (ART) and condom promotion. People on ART are at very low risk of transmitting HIV to sexual partners, and the expansion of the ART programme (from 1.1 million patients in 2010 to 5.0 million in 2019) is therefore a key contributor to the reduction in HIV incidence.

Although the condom promotion programme is not new, it has been sustained and expanded since its inception in the mid-1990s. We analysed data on trends in condom use and found no evidence of a reduction in condom use since the expansion of the ART programme. This is important, because there have previously been concerns that people might engage in more risky behaviour when ART is widely available.

Although we found evidence of slight increases in the proportion of people with multiple partners, this was due to declines in marriage rates, a trend that has been continuing for over a century.

Another programme that was evaluated in the model was medical male circumcision. Although men who are circumcised are at a 60% lower risk of acquiring HIV than men who are uncircumcised, and although almost 4 million South African men were medically circumcised in the period up to 2019, we estimated that the promotion of medical male circumcision had only a modest impact on HIV incidence. This is because most of the male circumcisions over the last decade were in adolescent boys who have low levels of sexual activity. However, model projections suggest that there will be significant benefits over the next decade as these young men become more sexually active.

HIV testing programmes have also contributed substantially to the decline in HIV incidence, although we note that it is difficult to separate the impact of HIV testing from the impact of ART. This is because one needs to be tested and diagnosed before one can start ART – but also the availability of ART encourages testing.

We quantified the impact of knowing one’s HIV status on one’s risk of having unprotected sex, and found that although it was difficult to quantify this precisely, it appeared to contribute only modestly to the overall HIV incidence decline.

The study also assessed differences in HIV incidence trends by age and sex. The results suggest that the decline in HIV incidence has been greater in men than in women. This is partly because uptake of HIV testing and ART is much higher in women than in men, and women are therefore much less likely to transmit HIV to their partners. It is also partly because of medical male circumcision, which directly protects men but only provides indirect protection to women.

The decline of HIV incidence has also been greater in young adults than in older adults. This is largely due to the higher uptake of HIV prevention (condoms and medical male circumcision) among young adults compared to older adults. But it also represents an ‘ageing’ of the HIV epidemic, with more of the people infected in the early stages of the epidemic surviving to older ages, and generating further transmission at these older ages.

Although South Africa has made good progress in its HIV response, we note that it has not met the UNAIDS target of a 75% reduction in HIV incidence over the 2010-2020 period. To be fair, this was an extremely ambitious target, and there have been hardly any countries that have been able to achieve it.

The global average reduction in HIV incidence over the 2010-2020 period has been only 31%, and the halving of HIV incidence rates in South Africa is therefore impressive. The study estimated that 26% of all adult HIV transmission in 2019 was from individuals who had interrupted ART. This suggests that even greater reductions in HIV incidence could be achieved through better retention of ART patients in HIV care.

The study did not evaluate the impact of pre-exposure prophylaxis (PrEP), as the uptake of PrEP in the period up to 2019 was very limited in South Africa. However, this will be an important intervention to consider in future estimates of HIV incidence. The study also did not consider the period after 2019, in part because of the lack of recent HIV prevalence data (which is critical to estimating HIV incidence), and in part because of uncertainty regarding the impact that Covid has had on the spread of HIV after 2019.

Associate Professor Johnson, one of the authors of the paper, is with the Centre for Infectious Disease Epidemiology and Research at the University of Cape Town.

This article is jointly published by Spotlight and GroundUp.

Next:  Entrepreneurs turn water crisis into an opportunity