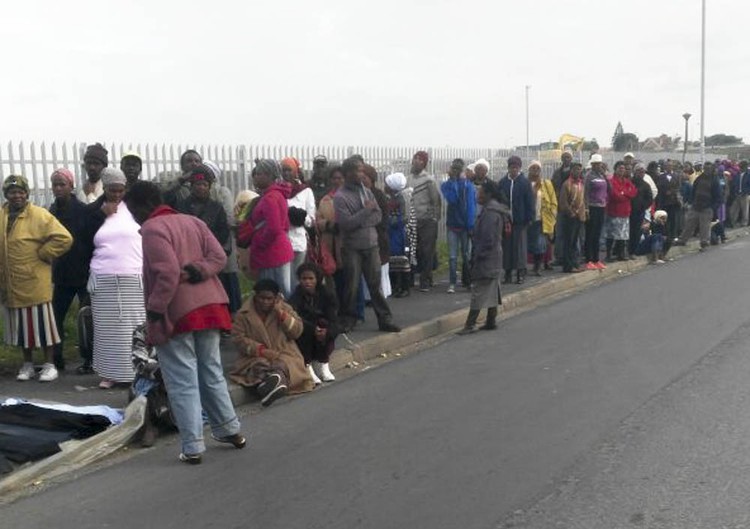 In discussion documents which have not been widely circulated, the Presidency and the National Treasury have suggested options for new grants to replace the Social Relief of Distress (SRD) grant. The Institute for Economic Justice has slammed these proposals which it says are designed to exclude as many people as possible.

The proposals, dated July 2022 by the Presidency and August 2022 by the National Treasury, include replacing the SRD grant with a job-seeker grant and a caregiver grant.

The SRD grant of R350 a month was introduced by the government as a response to the impact of Covid and the lockdowns. Anyone whose income falls below a threshold can receive the grant.

The Presidency document, entitled “Putting South Africa to work”, says the core focus of policy must be on creating jobs, and an expansion of social grants must be accompanied by plans to boost growth. It considers four options: continuing the SRD grant, replacing it with a job seekers grant of similar value, adding a caregiver’s grant, and implementing a minimum income guarantee at the same level.

The National Treasury suggests a combination of an SRD-job-seeker grant and an SRD-caregiver grant (for those who cannot work).

In a response on Wednesday, the IEJ said the proposals were “regressive and unworkable”. The plans, they said, “seek to exclude many, if not the majority”, of the current recipients of the SRD grant.

“The proposals are underpinned by a logic of narrowing the grant beneficiaries as much as possible - that is excluding as many people as possible,” said the IEJ.

The IEJ also said the Treasury had not given proper consideration to other proposals, like the Universal Basic Income Guarantee.

The Presidency’s proposal was more realistic, said the IEJ, but “the upshot of these proposals, if adopted, would be that millions of poor people, those who should be the primary target of cash transfer programmes like this, will be excluded from receiving support, either because they do not qualify or because the complexities of the system being imposed make it entirely inaccessible to them.”

Next:  Leaked report sheds more light on the rot at Lottery-funded school