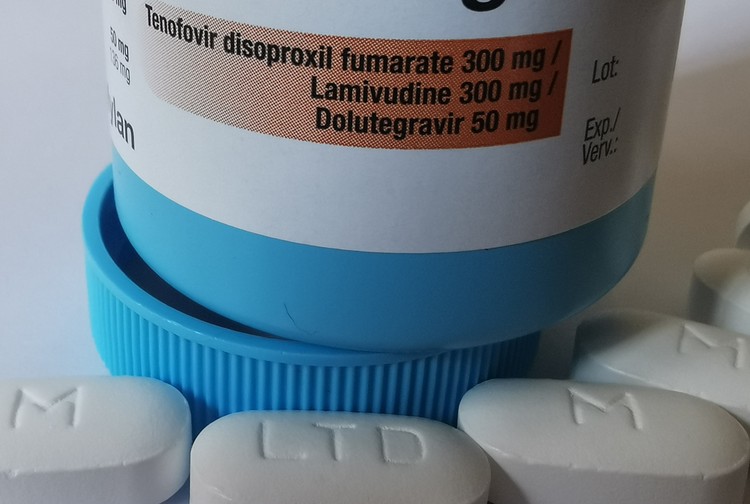 This is the HIV combination treatment for newly diagnosed HIV patients in South Africa. The health department’s new three-year contract with pharmaceutical companies allows it to purchase this regimen for R68 per patient per month, down from R99.

The national Department of Health (DOH) has managed to secure a significant reduction in prices for antiretroviral medicines that treat HIV, with the price of the regimen that is prescribed to most new patients (tenofovir/lamivudine/dolutegravir - TLD) dropping over 30%, from R99 to R68. By comparison the regimen costs well over R250 in the private sector.

TLD is recommended by the World Health Organisation as the preferred first-line regimen for adults living with HIV.

Currently over 4 million South Africans are using this regimen, according to statistics from the DOH. There are about over 5.5 million people receiving treatment for HIV, and 8 million people living with the virus in this country.

Khadija Jamaloodien, director of the Affordable Medicines Directorate in the DOH, told GroundUp that South Africa is the biggest buyer of ARVs in the world. She said because of the sheer number of people needing ARVs, the department was able to bring the price down.

“Our volumes are just so huge that it makes it more efficient for manufacturers to be able to supply at reasonable prices,” said Jamaloodien.

She said another reason the department was able to reduce the price was that the manufacturers were applying for a three-year contract with “a certainty of demand”. She said constant communication with manufacturers about changes in demand also helped. If demand is likely to be reduced, the department would inform manufacturers who then would not “sit with stock that they are going to have to write off”.

The contract, which is already being executed, was awarded from July 2022 and ends in June 2025. 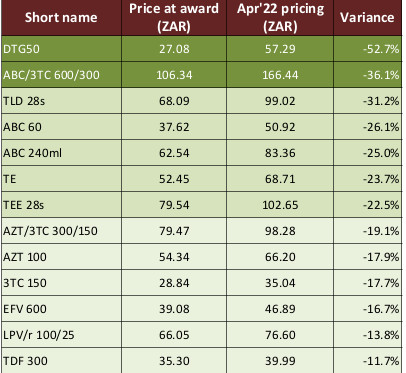 ARV drug prices on the new DOH contract. The department is purchasing all ARVs for much lower prices than on the previous contract. In the late 1990s it cost several thousand rand per month for a standard ARV regimen, one much inferior to TLD. The drugs were only available then in the private sector.

Juliet Houghton, CEO of the Southern African HIV Clinicians Society (SAHCS), praised the DOH’s efforts to secure the ARVs so cheaply. She said a “healthy” degree of competition between manufacturers also helped drive prices down.

Houghton added that the reduction in prices “offers an opportunity to reinvest some of the savings into more expensive, particularly prevention drugs, that are coming”.

“As a country, we don’t want to just keep treating more and more people with HIV, we actually want to prevent it,” said Houghton. She said that the remaining budget could also be invested in prevention injectables, which might be more expensive.

Jamaloodien said that the injectable pre-exposure prophylaxis (PrEP) medicines are not yet registered with South African Health Products Regulatory Authority (SAHPRA). These help prevent sexually active people from contracting HIV. She said after the medicines are registered, they will have to look at whether they are affordable.

“We also need the department to start using these processes better to secure similar world-class treatments for other common diseases – including diabetes, cancer, obesity, and TB,” he said.