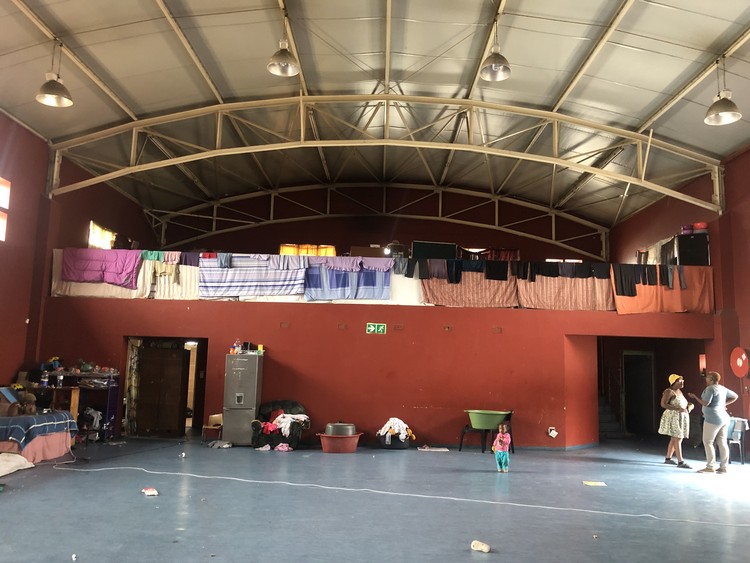 About 30 people living in a Gugulethu community hall for nearly four years have been issued eviction notices by the City of Cape Town. Photos: Mary-Anne Gontsana

Families living in a Gugulethu community hall for nearly four years have been issued eviction notices by the City of Cape Town.

The group, who have dubbed themselves the Gugulethu Seven or G7, initially erected structures on vacant land next to the hall in February 2018. But when the space flooded during heavy rainfall, they occupied the Luyolo hall a few months later in June. Most of the occupants had been backyard tenants in the community.

The hall had been used by the community for events and served as the ward councillor’s office. The spaces has since been transformed into makeshift bedrooms and living spaces for the over 30 occupants, including eight young children. There were over 100 people in the group that first moved into the hall.

Nomawethu Maki has shared a space in the hall with her three children, her mother, sister and brother since the occupation began. The space along a passageway in the hall appeared to be a partitioned kitchen, bedroom and living space. “This is the space we share with my family. We have tried to make it as homely as possible,” she said.

On the ground level, the bathrooms were filled with different piles of clothing and belongings. The hall’s kitchen area had broken cupboards and the main area had a few beds, a fridge and piles of clothes where different people sleep.

Maki said living conditions in the hall have become unbearable. “It gets very cold, especially at night. The roof leaks when it rains and sometimes the toilets leak and get blocked. Most of us are unemployed, so necessities like food also become scarce,” she said. 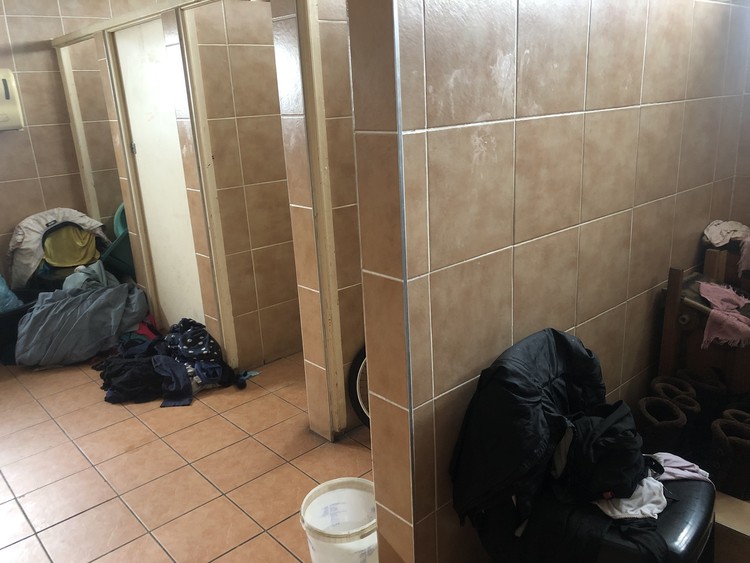 Toilet stalls at the hall are also used as storage spaces for people’s belongings.

“Since we moved here in 2018, there have been nothing but empty promises from human settlements. We recently had a meeting and [the department] promised that we will benefit from the upcoming [housing] development that is next to us,” said Maki.

Over 600 houses will be built in the nearby Luyolo Housing Development project. According to spokesperson for the Western Cape Department of Human Settlements Muneera Allie, the project is expected to be completed in the 2023/24 financial year.

Another occupier, Monde Sam said, “We won’t leave this hall. We want houses and we have fought for them.”

However, Allie said the department will consider all backyard dwellers from Gugulethu who qualify for the upcoming housing development and not just those living in the hall. “Beneficiaries at the hall that do not qualify for assistance will be placed at an alternative Temporary Relocation Area (TRA).”

Allie said the department is currently working with community representatives before it can start screening possible beneficiaries for the housing project.

Mayoral Committee Member for Community Services, Patricia Van der Ross said the community hall “was never intended for domestic occupation and has been vandalised beyond repair”.

She said eviction notices have been given to the occupants. “The long term impact of this illegal occupation is exorbitant in terms of cost and prohibitive in terms of usage.” 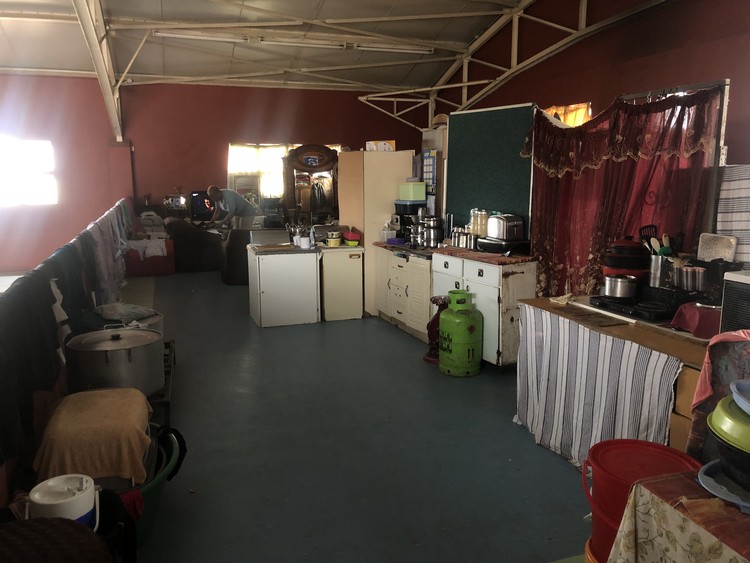 Occupier, Nomawethu Maki shares this space upper area in the hall with her three children, her mother, sister and brother.

Next:  Video: Cikizwa wants to go to school

Previous:  Disabled people moved because of Covid are living in filthy conditions