Concern about the establishment of donor schools, collaboration schools, and intervention facilities 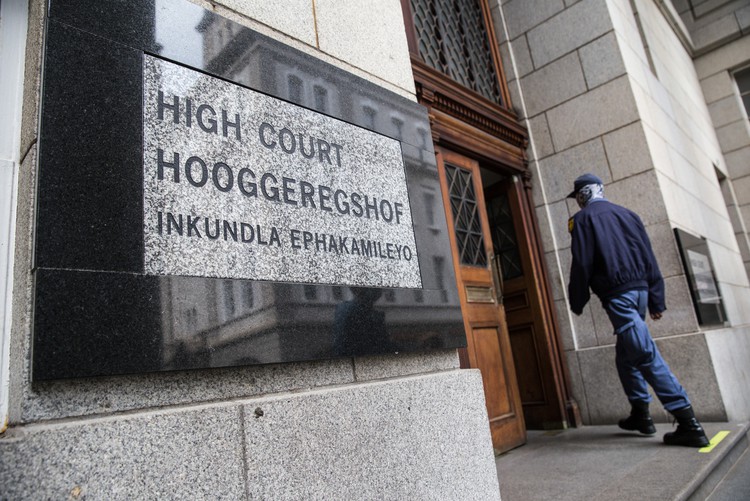 Equal Education (EE) and the South African Democratic Teachers Unions (SADTU) were in the Western Cape High Court this week, challenging the Western Cape Provincial School Education Amendment Act of 2018. The Act allows for the introduction of “collaboration schools”, “donor schools”, and “intervention facilities” into the province’s public education system.

In this joint hearing of the two respective cases brought by EE and SADTU, the province’s MEC for Education, and the national Minister of Education were respondents. Judge Andre Le Grange reserved judgment and indicated he will make a ruling in the new year.

“Collaboration schools” are public schools where non-profit organisations collaborate with the education department to provide additional skills and resources.

In the case of “donor-funded schools”, for-profit entities will be able to fund public schools.

On the first day, the applicants faced tough questions from the judge and the respondents made arguments challenging the basis of the litigation brought by EE and SADTU. Both EE and SADTU presented draft orders, asking the court to declare aspects of the amended Act unconstitutional and order changes to the Act.

EE has opposed the establishment of the three new institutions since they were first proposed in 2016, citing concerns about the governance of these schools and potential infringements on the rights of learners. There are also general concerns about privatisation in government schools.

SADTU’s deputy provincial secretary, Sibongile Kwazi, told GroundUp they oppose collaboration and donor schools because they will allow the education department to shift their responsibility. They are also concerned that teachers will be employed on a contract rather than a permanent basis at these schools. Kwazi says she is not convinced that these new types of schools will have the positive results promised by the province.

But these general concerns are not what was argued in court.

The challenges brought by EE and SADTU against collaboration and donor-funded schools were specific, challenging the provisions in the Act that allows for the partner organisations and donors to have at least 50% voting rights on the schools’ governing bodies.

In the case of donor-funded schools, the Act allows for the donor to have more than 50% of the voting rights in the governing body, at the discretion of the MEC, which EE portrays as “buying” voting power.

Intervention schools, according to the applicants, will infringe on learners’ rights because learners may be sent to these facilities for up to twelve months against their will. The Act says that the decision to refer learners to intervention schools will be made by the school governing body, the head of the department, and the parents of the school. The consent of the learner will not be required.

SADTU also brought two additional challenges to the court. The Act provides for the sale of alcohol on school premises and also makes changes to the monitoring and evaluation of teachers, both of which SADTU opposes.

The applicants’ council, Sean Rosenberg for EE and Hendrik Roux for SADTU, were asked tough questions by Justice Andre Le Grange during their opening arguments.

They did not challenge before the court the decision to give 50% of voting rights to the partner organisation in a collaboration school, but argued that the provincial Act should prescribe clearly how the remaining 50% will be allocated.

They did challenge that the Act allows for-profit donors of donor-funded schools to receive more than 50% of voting rights at the discretion of the MEC. The applicants implored the court to recognize the importance of school governing bodies as constitutionally protected democratic institutions.

The judge asked the applicants to explain how the voting power of partner organisations will infringe on the rights of the learners, or negatively affect their education.

Judge Le Grange also mentioned that, according to the Act, in the event of a deadlock in the SGB, the dispute will be resolved at a general meeting of the parents, thereby putting power in the hands of the parents after all.

The judge posited that should the remaining 50% of the SGB not be given to parents, teachers, and learners, it would be obviously unlawful. Rosenberg, for EE, argued that it is not obvious and insisted it should be prescribed by the provincial legislation.

Karrisha Pillay, in her opening argument on behalf of the respondents, argued that the applicants’ answers to the judge’s questions were insufficient and that the applicants were unable to demonstrate how learners’ rights would be infringed. She also cited case law to argue that provinces can legislate “separately and differently” to the national legislature, and that provincial and national legislation need not be uniform.

The applicants took issue with this categorisation. Learners found guilty of serious misconduct could be removed from the mainstream school environment against their will, and the act does not provide sufficient guidelines for the involvement of other departments, such as social development and health, in the treatment of learners, the applicants argued.

The judge again asked the applicants to explain how the rights of a learner would be infringed since the parents would need to consent. Rosenberg, for EE, insisted that it would be a form of detention that should be guided by existing legislation, and argued that the MEC’s responses to EE’s concerns were insufficient. Roux, for SADTU, said there are “better ways” in which rehabilitation could take place without removing the learner from the mainstream school environment.

“I had a friend who was expelled and became a prefect in another school,” Roux posited. “Perhaps that was because of intervention,” the judge quipped.

Pillay again argued that the applicants were unable to demonstrate a limitation of rights in the case of intervention schools. Arguments such as “there are better ways” are not sufficient to uphold a constitutional complaint, Pillay argued. “When the litigant comes to court and relies on a constitutional breach, it is incumbent on the litigant to demonstrate it,” Pillay told the court. “It matters not that SADTU or EE think things could have been done better. That’s not the threshold. The threshold is: have they infringed on a right?”

Michael Bishop, also appearing on behalf of the respondents, explained that intervention facilities are specially designed to provide care for learners, not detention. He submitted as evidence findings of the education department’s pilot project, which ran in Cape Town and involved surf therapy, mindfulness, and other therapeutic practices. Such facilities would run the conventional curriculum, he said, arguing that they are not invasive measures as characterised by the applicants.

As a general argument, Pillay said that the court cannot dictate how the legislature, whether national or provincial, should legislate. She also argued that the court is being asked by the applicants to make decisions within a “twilight zone” because neither applicant has been able to provide evidence that the provisions in the act will, when they are implemented, infringe on any rights.

Also, Pillay argued, the act itself need not provide specific guidelines to address the applicants’ concerns, as this could be done in additional documentation that regulates the Act. Bishop also referred to draft norms and standards that would be used to regulate the provisions of the act.

Not much time was spent on SADTU’s challenges to the sale of alcohol on school premises, and changes to the monitoring and evaluation framework of teachers. The sale of alcohol should not be permitted because “it’s alcohol … not cakes”, in the words of Roux, who provided a list of the potential harms of alcohol.

The judge questioned why adults would not be able to make responsible decisions with alcohol on school premises, to which Roux replied he “could go no further” than the argument he has already made.

“Parents are not always rational,” Roux said, which elicited laughter from the judge and the respondent’s council. The judge asked, jokingly, what that means for SADTU’s other argument that parents should be in charge of school governing boards.

In reply to the respondent’s arguments, Uday Naidoo for EE, offered a linguistic analysis of the act, arguing that it is circular and ambiguous and does not answer the concerns EE has with it.

The article originally incorrectly stated that the Western Cape Education Department is a respondent in the case. Only the MEC and premier are respondents.

Next:  City of Johannesburg commits to addressing homelessness